India’s response to Covid-19 has been large in scale, and far-reaching. The country is, at present, under a twenty-one day national “lockdown”, with a near-complete restriction upon the movement of people, the closure of all establishments except those providing “essential services”, and the regular “sealing” of neighbourhoods and areas that are suspected to be Covid-19 hotspots. To understand the legal framework underpinning all of this, it is important to first note that India is a federal republic, with a parliamentary democracy that operates under the framework of a written Constitution, and whose Courts formally exercise powers of judicial review over legislative and executive action. The response to Covid-19, therefore, involves multiple levels of government, and multiple institutional actors.

Emergency Powers: The Road Not Taken

Part XVIII of the Indian Constitution specifically authorizes the President (acting upon the aid and advice of the Council of Ministers) to declare an Emergency. An Emergency must ordinarily be ratified by the Parliament within a month. During the period of Emergency, fundamental rights (apart from inter alia the right to life and personal liberty) may be suspended. Nonetheless, the preconditions for an Emergency proclamation are strict: there must exist a state of war, external aggression, or an armed rebellion.

The Indian Constitution has no provision for environmental or public health Emergencies. And indeed, prior bitter experience – with politically motivated Emergencies – has left successive governments wary about formally invoking Emergency powers. Unsurprisingly, therefore, the central government has not chosen to go down the Emergency Powers road in order to tackle Covid-19.

Rule by Decree: The Road Taken

Arguably, however, this has made no real difference as to the scope of what the government – both at the central and at the state levels – can do. This is because, under existing laws, these governments are given sweeping powers, with almost no legislative checks upon their exercise or limitations.

State action in the context of Covid-19 has been initiated at three levels, with some degree of overlap. First, let us turn to the central government. On the 24th of March, the central government invoked the National Disaster Management Act. The invocation of this law is questionable, as it was enacted in the wake of a natural disaster, and was evidently not intended to deal with public health emergencies or pandemics (this is evident from its provisions, which envisage that specific areas of the country may be declared as disaster-hit, for the Act to apply).

Nonetheless, that is the statute that the government has chosen to use, and has declared Covid-19 to be a “disaster” within the meaning of the Act. Section 10 of the NDMA authorizes the National Disaster Management Authority to issue binding directions and guidelines to the several state governments, for the purposes of addressing a disaster. In essence, therefore, it centralizes the sphere of operations, giving the federal government overriding powers of enforcement, despite the fact that under the Indian Constitution, public health is a topic normally dealt with at the level of the state governments.

The “nationwide lockdown” has been imposed through these executive directions, issued under Section 10 of the NDMA. The first set of Guidelines was issued on 24th March – along with the invocation of the NDMA, and provided for the closure of establishments, restrictions upon transport, bans on gatherings, and requirements of social distancing. After the 24th of March, these Guidelines have been frequently amended, as implementational snags have caught up: exceptions have been carved out (for example, for tea plantation workers), catalogues of “essential services” created and modified, and so on.

The nationwide lockdown (the term “lockdown” still remains undefined) is, therefore, a creation of executive decree, and is sustained by a series of executive decrees. There has been no involvement of Parliament at any point, as all of the measures taken by the government are purportedly traced back to Section 10 of the NDMA.

At the level of the states – the federal level – the position is similar. Here, the parent statute is an 1897 law, passed during British colonial rule: the Epidemic Diseases Act. This legislation has its own sordid history as a part of the British colonial project, but – like many other laws – has never been repealed even after seven decades of Indian Independence. Much like the NDMA, Section 2A of the EDA authorizes state governments to pass any regulations that they might deem “necessary to prevent the outbreak or spread” of an epidemic disease. Even before the central government invoked the NDMA to declare a nationwide lockdown, many state governments had invoked the EDA and effectively locked down their respective states already. Regulations made under the EDA (see here for an example from the state of Maharashtra) allow for quarantining and isolation of individuals, the banning of congregations, the sealing of specific areas, and so on.

There is a final level of executive law-making, which directly pertains to the movement of people. India’s Criminal Procedure Code effectively authorizes senior police officers, operating within the jurisdictional limits of their districts, to pass orders restricting individual movement where there is an anticipated danger to human “life, health, or safety.” At this “local” level, multiple orders have been passed as well (many of these are not publicly available, but see here for an example).

The full extent of the restrictions imposed by India’s lockdown, therefore, becomes clear only by weaving through a complex three-level web: the central government’s guidelines under the NDMA, the several state governments’ regulations under the EDA, and local officers’ orders under the Criminal Procedure Code. As pointed out above with respect to the central government, at each level, what is common is that the existence of broadly worded, umbrella legislation is taken as cover for what is essentially rule by executive decree.

The logical consequence of this interlocking web of executive decrees (many of which are vaguely worded) is that while the lockdown is stringent and severe, its enforcement is also arbitrary (and sometimes violent). Movement is difficult without a special government-issued “passes”; there is no specific restriction on any individual going out (whether to exercise or to buy essential commodities), but nonetheless, there are reports of the police “banning” morning walks, as well as extra-legal sanctions that do follow even upon such imagined breaches of the “lockdown”.

Rights Violations: Slipping through the Loopholes

The vague and open-ended character of the statutes – as well as the Guidelines and Notifications – have also led to a number of measures that infringe civil rights, with dubious legal basis. In more than one state, quarantined individuals have been “stamped” on prominent parts of their bodies, in a bid to shame them into staying at home during the quarantine period. The southern state of Karnataka has gone significantly further: lists of quarantined individuals, with their personal details (such as their home addresses) have been made public, and these individuals have also been asked to send an hourly “selfie” to state authorities (whose GPS will be checked), in order to show that they are not breaking quarantine. In addition to this, numerous states are using mobile data to track quarantined individuals, as well as employing a specific private vendor – whose data policies have not yet been analysed in any great detail – to issue “gate passes” for individual movement.

The absence of firm statutory basis for such moves is compounded by the fact that many years after a landmark constitutional case on the right to privacy, India still does not have a data protection law. Consequently, there is no statutory standard that governs data collection, processing, and use by the state governments, or by the centre. There does exist a constitutional standard of proportionality – a standard familiar to students of global constitutionalism – that requires State action to meet the tests of legality, rationality, necessity, and strict proportionality. As we shall see in the next section, however, the prospects of challenging – and obtaining a favourable verdict – against invasive State practices at this point in time are dim, at best.

The Silence of the Courts

The operation of the Courts has not been formally suspended – indeed, the Supreme Court and some of the High Courts have already moved to holding virtual hearings. That said, however, the courts are (understandably) functioning at a heavily reduced capacity, and only “extremely urgent” matters are meant to be listed during the lockdown period. However, what constitutes an “extremely urgent” matter has been left open to interpretation, and – disappointingly – a few of the High Courts have interpreted it to mean that bail cases shall not be heard during the pendency of the lockdown. As I have argued elsewhere, this effectively amounts to a suspension of the right to personal liberty, which – under the Indian Constitution – cannot even be done by the State during an Emergency.

In the meantime, a number of petitions have been filed before the Supreme Court with respect to violations of rights (especially, of migrant labourers) arising out of the nation-wide lockdown (in some cases, the Supreme Court has, itself, taken suo motu cognizance of certain events). In the one substantive hearing that took place before the Chief Justice of India, however, the Court’s response has been agnostic: it expressed satisfaction with the central government’s steps, and then appeared to blame widespread migrant distress on “fake news” (without any evidence to substantiate that claim, apart from the word of the Solicitor-General). This, however, follows a recent pattern where the Supreme Court has tended to be highly deferential towards the State, and has – on a number of occasions – taken the State’s claims at face value, rather than subjecting them to rigorous judicial scrutiny.

The Indian State’s response – at all levels – to the Covid-19 pandemic reveals a stark truth: in India, at this point, it is not necessary for the executive branch to declare a formal Emergency in order to appropriate vast powers to itself. Under existing laws – some of them of colonial vintage, and some more recent – wide and vaguely-worded clauses have allowed governments at both the state and the central level to assume such powers (in the case of the central government, this has even involved the power to override the federal distribution of power). Because these powers have formal statutory backing (in the shape of the umbrella laws discussed above), Parliament (the deliberative organ is bypassed); and the Courts, while continuing to function at limited capacity, do not – at present – seem willing or able to subject the State’s action to rigorous judicial review.

Going forward, thus – and beyond Covid-19 – the task of civil rights and democracy activists in India appears to be twofold: focusing on narrowing the scope of umbrella legislation that effectively authorizes rule by decree without the legal safeguards and political responsibilities of an Emergency declaration; and on articulating and contributing to a legal culture aimed at restoring strong judicial review over executive action purportedly for the greater public good. 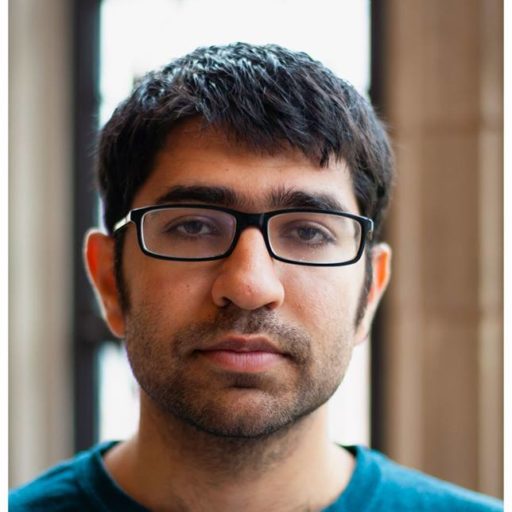 Gautam Bhatia Gautam Bhatia is a practicing Indian lawyer and legal writer. He is presently reading for a D.Phil at the University of Oxford.

5 comments Join the discussion
to receive information about new articles and services of Verfassungsblog.de. I know that I may withdraw my consent at any time. More information in the privacy policy.
Verfassungsblog complies with the new GDPR.
Read about it in our Privacy Policy. I opt-out
permanently of anonymized tracking via Google Analytics on Verfasssungsblog.de. This will create a cookie on your device to save your decision.
Go to Top