Kenya and the BBI Five

On May 13 this year, a five-judge bench of the Kenya High Court struck down a state effort to amend Kenya’s 2010 Constitution. With the possible exception of the 2017 ruling of the Supreme Court of Kenya overturning the re-election of Mr. Uhuru Kenyatta – a first for Africa – no judicial opinion has been more consequential. The ruling struck like a thunderbolt and upset Mr. Kenyatta’s legacy, and possibly upended his succession plans. It is not an exaggeration to say that Mr. Kenyatta has pegged his tenure on the fate of the Building Bridges Initiative (BBI), a project ostensibly designed to rid Kenya of perennial electoral violence, rampant corruption, and ethnic and sub-national exclusion and marginalization.

From the “Handshake” to BBI

In 2017, Mr. Kenyatta sought re-election against a strong challenge from Mr. Raila Odinga, without doubt Kenya’s key opposition figure. Mr. Odinga had run against pro-establishment candidates before, each time coming up short. On several of those occasions, Mr. Odinga had claimed fraud and ballot-stuffing. But each time, he was eventually declared the loser. That pattern repeated itself in 2017. Citing irregularities, the Supreme Court annulled that election and ordered a fresh vote. Mr. Odinga boycotted the re-run, assuring Mr. Kenyatta of victory. Mr. Odinga refused to concede and swore himself in as the “people’s president.” Deadly violence, often with ethnic undertones, broke out. The economy was paralyzed. Then on March 9, 2018, Mr. Kenyatta and Mr. Odinga shocked the nation by declaring a truce.

The rapprochement between Kenyatta and his arch-rival Mr. Odinga came to be known as the “Handshake.” Out of it grew BBI, which they termed a historic initiative to right Kenya’s past wrongs and firmly put it on an irreversible path to full citizenship and belonging for all its diverse peoples. Mr. Kenyatta and Mr. Odinga unilaterally appointed the Building Bridges Initiative Task Force, a fourteen-member body composed mainly of status quo apparatchiks and politicians. In October 2020, the task force released its report and a constitutional amendment bill. Articles 255-257 of the Constitution provide for the process of amending the Constitution through a referendum after approval by Parliament and a simple majority of Kenya’s 47 counties.

In March 2021, Parliament approved the BBI bill. However, groups of NGOs and citizens sued the State, the legislature, and the Kenya’s Independent Electoral and Boundaries Commission (IEBC) to stop them from conducting the referendum. The suit alleged, inter alia, that the process of the BBI was illegal and unconstitutional. It argued that the BBI bill would usurp the sovereignty of the people and abridge the constitution. They submitted further that Parliament was powerless to pass bills that would negate the “basic structure” doctrine which allows only the people – not the legislature – to fundamentally alter the basic logic and architecture of the constitution. This last point was a novel one in Kenyan jurisprudence because no one had hitherto invoked it in live proceedings.

Sitting at the High Court in Nairobi to hear the petition were arguably Kenya’s finest jurists. The bench was led by Presiding Judge Joel Ngugi. Justice Ngugi, a Harvard-trained academic, had been a professor of law at the University of Washington School of Law in Seattle, one of America’s finest law schools. He is also a reputable member of the school of thought known as TWAIL, or Third World Approaches to International Law. He is recognized as a leading intellectual in Kenya and elsewhere. Early in his judicial career, he led the Judiciary Transformation Institute (JTI) when Dr. Willy Mutunga was Chief Justice in 2012-2016. His judicial rulings have been original, progressive, and stretch the scope of human rights.

Justice Ngugi was joined on that bench by four other judges, including Justice George Odunga, a leader in expanding the rights of the citizenry against an illiberal state bend on curtailing the rule of law. Justice Odunga is one of a small cadre of brilliant and courageous judges who are leading a judiciary long held captive by executive overreach and corrupt cartels to a more independent posture. The others on that bench – Justices Chacha Mwita, Teresia Matheka, and Jairus Ngaah – have themselves been lauded for standing up to an executive prone to the abuse of power. The bench had been appointed by former Chief Justice David Maraga, who had often clashed with Mr. Kenyatta for failing to carry out court orders.

The ruling was a shocker when it came down. In a scathing – even disdainful – ruling, the judges uprooted tree, stem, and branch of the entire BBI process. The bottom line was that the judges viewed the whole BBI process as the fruit of a poisoned tree, and therefore wholly unsalvageable as a constitutional matter. In a tongue lashing the likes of which Kenyans were unaccustomed to, the court laid waste to every one of the basic arguments for the BBI initiative. After the five-hour ruling, there was hardly anyone who thought the BBI project could be revived. Its proponents were shell-shocked, and its opponents supremely elated. The state and the initiative’s backers have gone to the appeals court to reverse the ruling.

Several of the court’s findings deserve special attention. The court agreed with the petitioners that the BBI initiative was irregular, illegal, and unconstitutional. First, in the televised ruling, the judges held that Mr. Kenyatta had failed the integrity test of leadership and violated the norms contained in Chapter Six of the Constitution. This is significant because no one should hold office – and is liable to impeachment if they do – once they are found in violation of Chapter Six. It is not clear what the political implication for Mr. Kenyatta is on this finding. But the judges warned that Mr. Kenyatta could be sued in his individual capacity. The import was to pull the moral rug from under him.

Secondly, the judges rubbished the five million votes collected from citizens by the BBI task force to support the referendum push. They ruled that the initiative was not started, or led, by citizens. The court ruled that only the people, not the government, can initiate and conduct a process to amend the constitution through a referendum. In other words, the state cannot hide behind a murky process to take away the people’s will.

Thirdly, the judges held that the IEBC – several of whose members had resigned – was not properly constituted and therefore lacked quorum to conduct any legal business. As such, any decisions that the IEBC had taken, or would take, on the BBI process were null and void.

Fourth, the court ruled that only a people-driven initiative (exercising constituent authority) as opposed to a state-driven exercise (exercising constituted authority) can change the fundamental architecture of the Constitution. Thus, the “basic structure” doctrine prohibits the state from taking a machete to the Constitution and mutilating its foundational assumptions, norms, and basic edifice. The larger meaning of this finding is a jurisprudential milestone for Kenya because it disallows the piecemeal and selfish amendments to the constitution by Parliament in cahoots with the executive. It says only the people have the power to fundamentally reconstitute the state either through enacting a wholly new constitution, or carrying out deep reforms of the extent one. This preserves the notion of popular sovereignty.

Fifth, the court held that Parliament did not have the power to allocate 70 more constituencies in the BBI bill. The judges ruled that only the IEBC – and no other entity – could allocate new constituencies. The largest share of these additional constituencies were allocated to Mr. Kenyatta’s Kikuyu ethnic strongholds as way of enticing his supporters to support BBI. Mr. Kenyatta has been locked in a battle of supremacy in his backyard against Mr. William Ruto, the Deputy President. Mr. Kenyatta had vowed to support Mr. Ruto, a Kalenjin, as his successor, but then reneged. Mr. Ruto then went behind Mr. Kenyatta’s back to peel away a large chuck of the Kikuyu electorate and turn it against BBI.

For now, the state and the backers of the BBI bill have gone to the Court of Appeal seeking to overturn the High Court’s historic ruling. It is anyone’s guess what the appellate process will yield. Anything is possible given the capture of large sections of the judiciary by the executive. The appeal could result in a reversal in whole, or in part, of the High Court ruling. Or it could wholly reaffirm the lower court’s ruling. One thing is undeniable – it is now an open question whether a referendum is even feasible given the election calendar in 2022. Time may simply run out on the BBI clock. Mr. Ruto and his supporters have celebrated the court’s ruling.

For Mr. Kenyatta and Mr. Odinga, the dim prospects of the Bill process could upend any succession plans they have hatched together. Political analysts believe that Mr. Kenyatta could back Mr. Odinga for the presidency next year against Mr. Ruto. The BBI agenda could’ve been an important calculus in that matrix. One of its proposals was to expend the executive to include a prime minister and two deputy prime ministers. These offices would have been an important carrot to bring on board a broader ethnic coalition of major communities to support Mr. Odinga. It is clear that Mr. Kenyatta and his family and political orbit cannot risk a Ruto presidency because of the bad blood between the two men. BBI for him is a do or die proposition. Will the courts rescue, or sink, him? 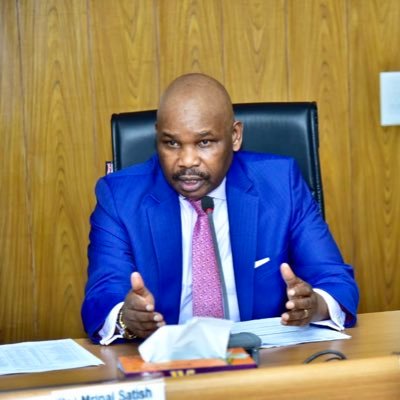 Other posts about this region:
English Articles 3 comments Join the discussion
Go to Top