Luxleaks and the Good Faith Whistleblower

The cassation trial in the « Luxleaks » case, in which whistleblower Antoine Deltour is challenging the Luxembourg Court of Appeal’s decision to convict him to a 12-month suspended sentence for having leaked 10.000 pages of documents about tax avoidance schemes in Luxembourg , is set to start on November 23.

This trial will once again test the ability of the current case-law of the European Court of Human Rights to provide whistleblowers with effective protection. Indeed, the previous Luxembourg’s appeal court judgment, which relied on a detailed analysis of the European Court of Human Rights case-law on whistleblower protection, revealed major shortcomings in the Strasbourg court’s framework. Of particular concern here is the threshold for protection set up by the European court, which, as will be demonstrated in this post blog, fails to accommodate whistleblowers‘ unique needs.

In its case-law on whistleblower protection, the Strasbourg court conceives whistleblowing as inherently tied to the public’s right to know, which is vindicated through article 10 of the European Convention of Human Rights, which protects freedom of expression. This provision of the convention has, since the Sunday Times case (1979), been construed as to provide watchdogs with freedom of expression rights. More broadly, the court’s view on freedom of expression makes clear that safeguarding the public’s right to know implies to provide protection to all those who inform the public about matters of public interest. This includes the press, NGOs, academics and, at the end of the spectrum, whistleblowers. In such a framework, the scope of subject matter of disclosures is virtually unconstrained, but any person disclosing information should carefully assess whether the public interest in making the information public outweighs the interest of an organization or person in keeping it confidential.

So as to assist domestic jurisdictions in their task of finding an adequate balance between the public interest in confidentiality and the public interest in disclosure in the specific case of whistleblowers, the court has built, since the Guja v. Moldova case in 2008, a quite subtle framework of analysis. This framework includes an assessment of the public interest of the information imparted, of the availability of other effective methods of reporting the information other than disclosing it publicly, and of the motive of the whistleblower, who is required to act solely in the public interest. Yet as litigation played out beyond the Luxembourg courts, and as the litigants were invoking the Strasbourg court’s case-law so as to obtain protection in a country with no sound whistleblower protection, the shortcomings in the above-mentioned approach unfolded. In the Luxembourg Appeal Court’s judgment, the judges used the European Court judgments to build up a protection for whistleblowers that was absent in Luxembourg domestic law, while simultaneously refusing to grant Mr Deltour the benefit of such protection.

In this contradictory judgment, the appeal Court acknowledged that the disclosure was in the public interest, despite the fact that the tax avoidance scheme disclosed was not illegal at the time the disclosure was made, and stressed on the significance of the imparted information for the purpose of stimulating a public debate on the matter of tax equality and tax transparency across the European Union. In a similar way, the Court consistently found that Antoine Deltour could reasonably think, at the time the disclosure was made, that neither his employer – PriceWaterhouse Coopers –  nor the state of Luxembourg would do anything to effect the situation. Consequently, Mr Deltour was right in blowing the whistle to the media in the first place, as he had no other effective mean of reporting on the wrongdoing. As a whole, the appeal court judgment sends a positive signal to whistleblowers across Europe ; it sends a message that people trying to sound the alarm on tax evasion should feel free to go public and inform the people on a matter of increasing public interest.

However, the way the Luxembourg’s appeal court assessed the “good faith” test laid down by the Strasbourg Court as concerns Antoine Deltour’s motives in stealing the documents to his employer is appalling. At the very outset, the Luxembourg court consistently recalled that the European Court of Human Rights recognizes that a whistleblower might commit a breach of professional secrecy when the public’s interest in receiving the information is predominant. Nevertheless, it also found out that Mr Deltour, who had not yet made his decision to blow the whistle at the time he stole the documents to PriceWaterhouseCoopers in 2010 (two years before the disclosure), could not be viewed has having acted in “good faith” within the meaning of Strasbourg’s case-law. Indeed, Antoine Deltour did recognize that one of his motivations for stealing the documents was to find a job in another audit firm more easily, as he had not yet firmly decided to disclose the documents at that time, even though he strongly considered this option.

The reasoning of the Luxembourg court shows that the notion of “good faith” used by the European court fails to catch the diversity of whistleblowers motives. In the Strasbourg court’s case-law, this notion implies that whistleblowers should act “in the public interest” and thus not be motivated by “a personal grievance or a personal antagonism, or the expectation of personal advantage”.  Yet the notion of public interest is not a chemically pure one, and it is impossible in practice to differentiate between what is a personal or professional claim, and what is a „pure“ defense of the public interest, both of which usually being intimately related. In practice, this understanding of the notion of “good faith” proved itself being a major obstacle to the protection of true whistleblowers in Great Britain, thus leading the British parliament to remove it from the Public Interest Disclosure Act protecting whistleblowers in that country.

More importantly, this notion of good faith – which was transplanted from the case-law of the court on journalists‘ freedom of expression –  might certainly fit the needs of journalists with years of experience in dealing with information, but definitely fails to accommodate the needs of vulnerable insiders who may face great pressure inside their organizations when the lid blows, and might thus be led to disruptive behaviors. In addressing the issue of whistleblower’s motives, the court could find guidance in the “reasonableness” test found in most United States whistleblower laws. Under this standard, the whistleblower should have only held the belief that the information was in the public interest, and it must have been reasonable for him or her to have done so. While the difference with the Strasbourg court’s approach might seem subtle at first glance, United States federal courts have always made clear that this test does not imply that the whistleblower could not also have an expectation of personal advantage, or an antagonism with its employer.

Looking now back again to the Luxembourg appeal court’s decision, not less appalling is the finding of the court that Mr Deltour could not be granted protection because some of the 10.000 documents he disclosed were of low interest for the public. This roughly means that, in the court’s view, the whistleblower should have been able, within a very short time-frame, to read through all the 10.000 pages of documents and be able to sort between the documents whose disclosure was in the public interest, and the others. Alas, however well intentioned an employee may be, he or she may not be equipped with sufficient time and knowledge to understand and foresee the potential impact of he disclosure, which may cause far more damage than the person making the disclosure was able to anticipate. Such reasoning in the Luxleaks case was made possible by the Strasbourg court’s failure to provide a clear standard as regards when and how the public’s interest to receive the information overweighs the damage caused to an organization.

Should the European Court of Human Rights decide to amend its case-law, a new guidance on assessing the damage might thus be found on the well-established case-law on the matter of source protection, that places responsibility for the damage of a disclosure on the organization, and not the individual who disclosed the information. More specifically, in the Dammani v. Switzerland (2006) and Gormus v. Turkey (2016) cases, the court implicitly recognized  that once an organization has failed to secure the information (Dammani) or provide effective means to express concerns internally (Gormus), the responsibility for the disclosure of an information that has a low public interest should in principle be weighted on the organization, and not on the source. Such a framework would definitely provide a more realistic approach of whistleblower cases.

Other posts about this region:
Luxemburg 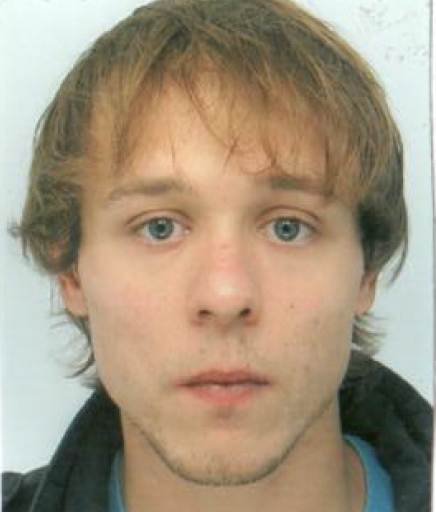 Other posts about this region:
Luxemburg 1 comment Join the discussion
Go to Top