After the coup attempt on 15 July 2016, more than 80,000 people have been detained in Turkey. One of the most interesting incidents was undoubtedly the arrest of International Residual Mechanism for Criminal Tribunals’ (MICT) (former) Judge Aydın Sefa Akay. The main problem in this situation was whether Judge Akay enjoyed diplomatic immunity even from his own State’s jurisdiction.

Summary of the Events

In 2011, Judge Akay was nominated by Turkey and elected by the UN General Assembly as a judge of MICT, which was established by the United Nations Security Council Resolution No:1966 in 2010 to finish the work begun by the International Tribunal for the former Yugoslavia (ICTY) and the International Criminal Tribunal for Rwanda (ICTR). He worked remotely for MICT and on 25 July 2016, he was appointed to a panel assembled to determine whether new evidence showed Augustin Ngirabatware1), the former Rwandan Minister of Planning, who was sentenced to 30 years of imprisonment for committing genocide, had been wrongfully convicted.

On 21 September 2016, Judge Akay was arrested and detained on charges of being a member of the “Fetullahist Terrorist Organization” (FETO), which the government accused of orchestrating the coup attempt of 15 July 2016.  He has been accused of attempting to abolish Constitutional order in Turkey.

Following the request made by the Mechanism’s President on 5 October 2016, the UN asserted diplomatic immunity to the Turkish Government and requested Judge Akay’s release and the cessation of legal proceedings against him so that he may resume his functions for the Mechanism.

On 31 January 2017 the Mechanism ordered the Turkish Government to cease all legal proceedings against Judge Akay and release him from detention by no later than 14 February 2017. On 9 March 2017, the President of the Mechanism notified the United Nations Security Council of the failure of the Government of Turkey to comply with the 31 January 2017 order and release Judge Akay. On 10 March 2017, Turkey’s permanent representative to the UN responded to the notification sent by the President of the Mechanism on March 9, 2018, stating that “the charges against Mr. Akay are in no way related to his functions as a judge of the Mechanism. On that basis, we have already brought our views to the attention of the Secretariat, based on the applicable legal instruments, including article 29 of the statute of the Mechanism, according to which Mr. Akay does not enjoy immunity before the Turkish judicial authorities for acts performed outside the framework of his assignment under the Mechanism. The relevant provisions of these legal instruments also confirm that immunities cannot be construed as a basis to develop or promote impunity or to impede the course of justice.”

Despite the fact that the UN has formally asserted diplomatic immunity, he was convicted on 14 July 2017, on a single charge of being a member of a terrorist organization and sentenced to seven years and six months imprisonment and has been provisionally released under judicial supervision, with restrictions on travel. The decision will become final if the higher court upholds the decision and he would then be detained again. Following his provisional release from detention pending his appeal, he resumed work for the Mechanism remotely. However, Judge Akay was not reappointed by the Secretary General of UN and as of 3 July 2018 he is not a member of the Mechanism.

Two different approaches have been raised about Judge Akay’s immunity: the UN asserted diplomatic immunity to Judge Akay pursuant to the MICT Statute and the Convention on the Privileges and Immunities of the United Nations and Its Agents, to which Turkey is also party; Turkey, on the other hand, argued that he was only accorded functional immunity.  What makes it so controversial was the fact that the extent of the rules governing the immunity of MICT judges (and international judges in general) were not explicitly provided. Even though it is generally accepted that international judges enjoy diplomatic privileges and immunities, their immunities are not identical in all respects. This difference arises from the characteristics of the international personality of the entity on behalf of whom they act.

International organizations have neither a territory nor a population and they must exercise their functions in member state’s territories through the agents who are nationals of the member states. Therefore, availability of diplomatic immunity of international judges becomes more significant when they fulfill their function in their own State of nationality2), as is the case of Judge Akay.

Article 29 of the MICT Statute stipulates that “[t]he Convention on the Privileges and Immunities of the United Nations of 13 February 1946 shall apply to the Mechanism, the archives of the ICTY, the ICTR and the Mechanism, the judges, the Prosecutor and his or her staff, and the Registrar and his or her staff.”  It further states that “the judges of the Mechanism shall enjoy the same privileges and immunities, exemptions and facilities accorded to the President, the Prosecutor and the Registrar when engaged on the business of the Mechanism.” The phrase “when engaged on the business of the Mechanism” reflects the functional structure of the court. The Mechanism has a roster of 25 judges. For the cost-saving purposes, according to Art. 8/3 of the MICT Statute, the judges exercise their functions remotely, unless the President of the Mechanism decides otherwise. Neither the Statute of the Mechanism, nor the Convention on the Privileges and Immunities of the United Nations and Its Agents (General Convention) contain a rule relating the availability of immunity if the judges discharge their functions in their own states. Besides, the Vienna Convention on Diplomatic Relations (VCDR) set forth a rule regarding diplomatic agents who are nationals of the receiving state. According to art. 38 of the VCDR, a diplomatic agent enjoys only immunity ratione materiae in the receiving state if she/he is a national or a permanent resident of the receiving state. Nevertheless, Art. 38/2 imposes an obligation on the receiving state that it “must exercise its jurisdiction over those persons in such a manner as not to interfere unduly with the performance of the functions of the mission.”

First, if it is generally accepted that article 38 is applicable ipso facto to the immunity of international judges as well, it would be unnecessary and illogical to include specific provisions in the agreements concluded between the host states and international courts where the courts are located for limiting the immunity of judges who are citizens of the host states. (See for example Art. 18 of the Agreement on the Privileges and Immunities of the International Tribunal for the Law of the Sea)

Secondly, it is accepted that the judges of the Mechanism have an equal status with the senior officials of the UN (Assistant Secretary-General and above) whose immunities were provided in Section V Art. 19 of the General Convention on the Immunities and Privileges of the UN. (See Bandyopadhyay and Iwata, Article V Sections 17-21 General Convention, in August Reinisch/Perter Bachmayer (eds), The Convention on the Privileges and Immunities of the United Nations and its Specialized Agencies, Oxford University Press 2016, p.373). Therefore, their immunity is not restricted to the states in which they are discharging their functions. Rather, their immunities are applicable in all states, including their own.

Finally, should a limitation on the applicability of diplomatic immunity of MICT judges with states other than their own be intended, art. 29 of the MICT would have been formulated in a similar vein to the UN officials immunity conferred in Section V art. 18 of the General Convention.

Turkey’s main intention in arresting Judge Akay was most probably neither to jeopardize the administration of international justice nor to intervene in the functioning of MICT. The main focus of the governmental authorities in Turkey after the attempted coup has been arresting or dismissing from public service anyone suspected of being linked to FETO. Considering all the events that transpired in Turkey in the aftermath of 15 July 2016, it was unlikely to expect that the diplomatic immunities of an international judge, who was believed to be a member of FETO, would be granted.

On the other hand, Turkey’s refusal to recognize the diplomatic immunity of Judge Akay, even if in the state’s best interests, might have chilling effects on judicial independence. That is not to say that Turkey must refrain from trying Judge Akay before its courts no matter what. It would have been more appropriate to request from the UN to waive Judge Akay’s immunity, so that it would be more respectful to international rules on the one hand, and an evasion of any misleading implementation on the other.

As Judge Meron observed “international criminal tribunals are fully dependent both on the cooperation of States and on States’ respect for the international legal framework applicable to such institutions. Without such cooperation and respect, international courts cannot ensure their independent operation, wherever around the world court functions may be exercised, and they therefore cannot carry out the vital mandates entrusted to them.”

What was more surprising and confusing was that Judge Akay was not reappointed to MICT. This is a backwards step for the international criminal justice system, as it reveals how open it could be for state intervention — including the carrying out of mock trials—and how easy it could be for states to intervene in international courts’ structure, and even worse, to jeopardize the administration of justice.

In the end, what happened with Judge Akay has manifested the deficiency of international rules regarding the immunity of international judges and, moreover, that said rules must be so articulated that they leave no room for similar incidents in the future. 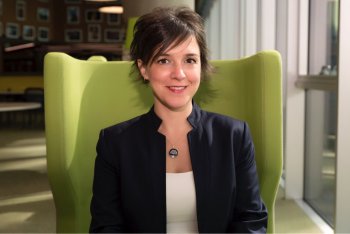 Other posts about this region:
English Articles, Türkei 1 comment Join the discussion
Go to Top