A Ghost that Haunts European Democracies

How lèse-majesté laws across Europe threaten the right to dissent

On 29 April 2021, as per the inquiry run by the justice of the peace court of the Mediterranean province of Isparta, a 14-year-old Turkish citizen from the poverty-stricken eastern province of Hakkari was detained by the Turkish gendarmerie on suspicion of “defamation of the President of the Republic” for a video that he had allegedly shared on his social media account. Due to his frail appearance, the authorities requested a “bone scan” in order to determine his age and, therefore, the criminal capacity of the child.

If charged, the young S.T. will be the last in a long list of Turkish children who stood trial for defamation of the President since the election of President Erdoğan in 2014. In point of fact, according to the judicial statistics published by the Turkish Ministry of Justice, between 2014 and 2019, 60 children were found guilty of having defamed the President, with 15 of them being under the age of 14. As Cem Tecimer alluded to in his piece dated 20 July 2018, these numbers pale before the number of adults who have been found guilty under the same provision of the Turkish Penal Code: Indeed, only in 2019, 3801 guilty verdicts and 1084 prison sentences were delivered to them by Turkish courts. Unfortunately, such a grim picture is by no means surprising when prosecutors are convinced that the President’s reputation can be damaged with a teenager’s posts on social media.

While Turkey’s dystopian reality stands out among European nations, it is not the only example where lèse-majesté laws are weaponised against opposition. Among the most recent cases, one can recall the conviction and imprisonment of Marxist rapper Pablo Hasél which sparked mass protests across Spain, or the case of 20-year-old Wiktoria K. who shouted “f*** Duda” during last year’s demonstrations and received a guilty verdict on grounds of “insulting the President” in March 2021. In view of these events, it is possible to infer that the very existence of lèse-majesté laws poses a threat to the right to dissent, regardless of whether they are applied as frequently as in Turkey. Therefore, it is a vital democratic duty to cast lèse-majesté laws into the dustbin of history.

The roots of lèse-majesté laws, at least as far as Continental Europe is concerned, lie in the Lex Iulia de Maiestate drafted during the reign of Octavian who, in his “divine” capacity as divi filius, usurped the sacrosanctity of the Tribune of the Plebs and transformed the Roman Republic into an empire, i.e., an autocracy. In other words, the concept of laesa maiestas was birthed from the transition from the rule of the few to the rule of the “sacred one”, which was later adopted by the Medieval successors of Rome. Over the centuries, however, even when prominent figures of the Enlightenment such as Cesare Beccaria expressed their opposition to lèse-majesté and bourgeois revolutions secularised the concept of sovereignty, the progenitors of European democracies chose to keep lèse-majesté laws intact.

The justifications for this common choice varied: In the eyes of Belgian lawmakers, for instance, the monarch not only represented the state but also the nation and therefore a perceived “attack” on his integrity would be an attack against the people constituting the Belgian nation. For Spanish lawmakers, the King’s person was “sacred” and by applying lèse-majesté laws, they sought to protect not only the integrity of the King, but also that of the ruling family as they, too, “represented the state”. The lawmakers of republics like France and Turkey which, by definition, elect their heads of state through a political process, offered a more secular explanation: For them, the office of the President was the embodiment of constitutional order and, in the words of Turkish legal scholar Çetin Özek, lèse-majesté laws “enforced the duty” to respect that order by criminalising verbal threats to the President’s prestige. Poland and (recently) Russia, by contrast, “re-introduced” criminal defamation of the President decades after it had been abolished by socialist lawmakers, holding that “the effective carrying out of the duties of the President requires having authority and being especially respected.”

Notwithstanding national variations, the definitions of ratio legis across the continent have always shared one point: The necessity to safeguard the legitimacy of the political system. Of course, this begs the question: To what extent can this legal interest counterbalance the right to freedom of political expression? Despite the confusion of national courts, human rights law provides a clear solution to this conundrum.

Since the first leading case on criminal defamation, the European Court of Human Rights (ECtHR) has been addressing the limitation of political speech in a surprisingly coherent manner. Indeed, the case in question, Lingens v Austria (1986), dealt with a journalist convicted for defaming the Austrian chancellor, which gave the Court the opportunity to establish the principle according to which “the limits of acceptable criticism are (…) wider as regards a politician as such than as regards a private individual”. This stance later evolved into a categorical opposition to lèse-majesté laws in Colombani and others v France (2002), Artun and Güvener v Turkey (2007) as well as Otegi Mondragon v Spain (2011) whereby the Court asserted that the “metapolitical” status of the King could not justify Spanish lèse-majesté, as the King was an institution and “challenging the constitutional structures of the monarchy” would be under the protection of Article 10. It wasn’t long before this consistent stance was also echoed by the UN Human Rights Committee (CCPR) which, in its much-cited General Comment no. 34 (2011), unequivocally stated that “laws should not provide for more severe penalties solely on the basis of the identity of the person that may have been impugned. States parties should not prohibit criticism of institutions, such as the army and the administration.”

The consensus between the ECtHR and CCPR on lèse-majesté laws has inevitably impacted national lawmakers who sought to abolish them. Such was the case in France, where the losses in Colombani and Éon (2013) led the French parliament to abrogate the criminal defamation of a foreign head of state and “demote” that of the national one – an approach that was mirrored by Dutch lawmakers in 2018. The United Kingdom and Norway, on the other hand, abolished seditious libel (2009) and majestetsfornærmelse (2015) after decades of disuse, which demonstrates that human rights law is not always required to recognise the obsolescence of lèse-majesté.

By contrast, the practice that we see in, inter alia, Turkey, Poland and Spain is at odds with both the principles set in human rights law and the tendency of the courts and lawmakers of most European nations. In the case of Turkey and Spain, this contradiction persists despite key judgments of the ECtHR such as Artun and Güvener, Otegi Mondragon, Güzel (2005) and Stern Taulats and Roura Capellera (2018) in which the Court condemned the two countries for the application of their respective lèse-majesté laws – not to mention Tuşalp (2012) which involved a successful civil lawsuit that the then Prime Minister Erdoğan had filed against a socialist journalist, followed by yet another defeat in Strasbourg. Conversely, Poland is yet to lose a leading lèse-majesté case in either Strasbourg or Geneva; however, the rise in criminal lawsuits in Poland on grounds of lèse-majesté can be viewed as a political need for strategic lawsuits against public participation (SLAPPs) associated with the growing discontent with the Polish government and the decaying of the rule of law in said country.

Nonetheless, as before, there is one common feature in the application of lèse-majesté laws in Turkey, Spain and Poland: The rise of tumultuous voices that utter a structural criticism of the political system. In other words, the reason why lèse-majesté laws are not applied in countries like Belgium, Sweden and Denmark, which have similar norms in their respective penal codes, is the lack of such a bold opposition. Of course, that does not guarantee that these countries will never experience a political climate akin to the “notorious” countries hitherto mentioned.

The ineluctability of political speech

In the novel The Freebooters, French writer Gustave Aimard wisely argues that ”there is something more powerful than the brute force of bayonets: it is the idea whose time has come, and hour struck”. It is submitted that lèse-majesté laws, like bayonets, need to be resisted, for the presumed suppression of the criticism of an institution on pain of criminal sanctions does not strengthen constitutional orders, nor does it eradicate resentment. If anything, being able to withstand structural criticism, however harshly it may be stated, can only help strengthen our democracies.

Therefore, there is an argument to be made beyond the agreeable demand to take heed of human rights courts and treaty bodies: Democracies of the 21st century cannot survive so long as they are haunted by this ghost of our Roman past and it is imperative to abolish the remnants of autocracy if we are to avoid its resurgence. 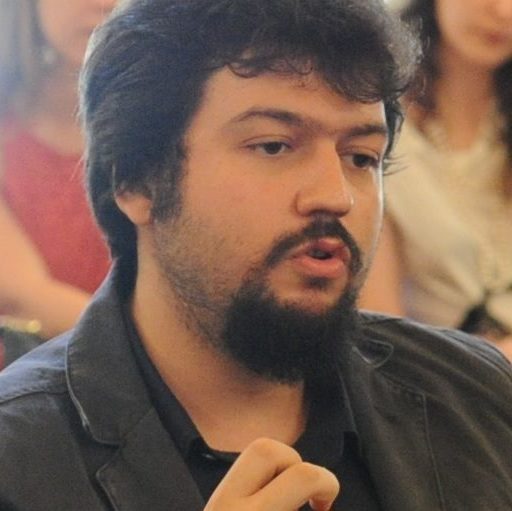 Other posts about this region:
Europa, Türkei 1 comment Join the discussion
Go to Top