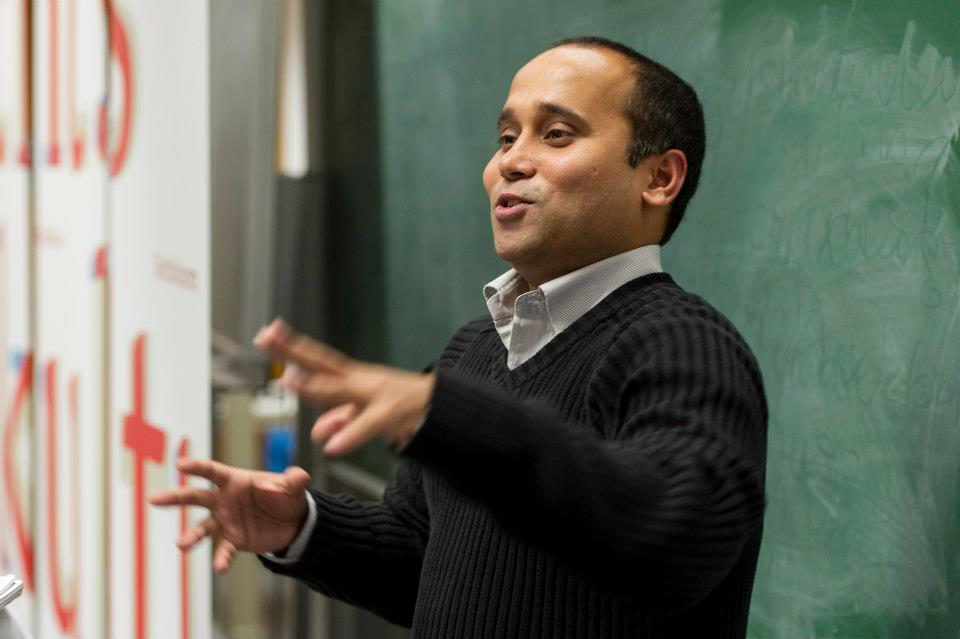 Supriya Routh is assistant professor of law at the West Bengal National University of Juridical Sciences in Kolkata, India. In 2012-2013, he is a Rechtskulturen Fellow at Humboldt University Law School in Berlin.

SHOW ALL ARTICLES OF
Supriya Routh

In a recent popular bollywood jingle Sheila ki jawani (easily available on youtube) the heroine sings that she is proud of her body and will not let the protagonist ‘have her’. Of course, a bollywood (or for that matter, Hollywood) hunk would not like that! At the end of the song the hero somewhat forcibly throws her on his shoulder and takes her back with him. Such force and paternalism was justified (by the director) on the basis of the romantic interest that the hero had on the heroine. The scene is a representative one amongst the thousands of movies made in India every year. Stereotyping of women permeates all kinds of media. The BMWs and Mercedes Benzes will always have scantily clad women admiring the vehicles. While one should not object to the free (!) will of women models to get cozy with the cars, one wonders why scantily clad men are absent in television commercials featuring high end cars? I cannot blame my reader if by now she thinks, alright, this is another piece bashing media for social ills. However, that is not the purpose of this essay. Quite contrary to that, the purpose of this essay is to point out that there is no one factor that can account for social problems.

After the brutal gang-rape of a 23 year old Indian student on the busy streets of New Delhi by six men a significant number of Indian citizens and the majority of politicians are clamouring to mandate chemical castration and death penalty for rapists. Politicians cannot be blamed for grabbing the opportunity of riding on the rage and retribution so apparently visible in the society in close proximity of the incident. It is not altogether a different problem that India now has only politicians and no leaders, otherwise politicians found so rightly on the right side of the rape-crime this time, have had records of ignoring rape-victims because of the fear of alienating high caste voters who were alleged rapists. In the present case, while politicians of all colour and belief are concerned about the immediate punishment to be meted out to the perpetrators, the multifarious problems of the society remain unaddressed. In this essay, without claiming any comprehensiveness, I will allude to the different factors that are contributory to rape and other offences against women in India. Such crimes are by no means a phenomenon only in India – it is prevalent in many other Western nations, some of which have precarious records to address such crimes. Some of the observations, therefore, might also be true for these other countries.

In India crime against women needs to be addressed both on short-term and on long-term basis. Taking a leaf from the politicians’ pages, the law related to rape and other bodily offenses against women need to be revisited. However, my primary concern is not with the punishment for the offence of rape, even though I will address it. The definition of rape needs to be amended first. As per the present definition of rape, as it exists in the Indian Penal Code of 1860, a man commits rape of a woman if he “has sexual intercourse with a woman” (section 375) against her will or consent. The peno-vaginal penetration is taken to constitute the offence of rape. However, in the recent Delhi rape case, newspapers reported that iron rod was used to penetrate the victim’s vagina. Moreover, it is also reported that one of the perpetrators of the offence stick his hand through the victim’s vagina and pulled her uterus out and damaged her intestine irreparably. Thus, the perpetrator did not commit the offence of rape under the Indian Penal Code.

Rape is perceived by the lawmakers (and a large number of people) as a sexual offence. However, as the present incident goes on to show, rape/assault is violence against women by forcibly subjugating victims at the pervert filthy-fancy or rage of perpetrators. It is not necessarily an offence to derive physical pleasure. Accordingly, the proposed punishment of chemical castration would hardly serve as a deterrent to future perpetrators, if at all deterrence is capable to reducing crime rate against bodily injury. The incidence of murder has not gone down rapidly because murder is deterred with death penalty. However, death penalty for rape seems to be favoured by many Indian politicians. It is an irony that people who claim to be building societies have given up on it. Removal of an individual from the society is admittance of the fact that the society has totally failed, and has no way of integrating such individual into social fold. However, in the immediate aftermath of the brutal incident it is an easy choice for the politicians. If death is proposed, nothing else needs to be done.

Non legal factors are perhaps more important for the prevention of crime against bodily harm or crime against property. Delhi has earned the infamy of being the rape-capital of India. Delhi is surrounded by the states of Utter Pradesh, Rajasthan, Haryana, and Uttarakhand, two of which are members of the five most backward states in India. The glitz and shine of Delhi is alien to the majority of the population of these neighbouring states. However, I am far from claiming that because of the economic and social differences people in these states are turning rapists – that will be too simplistic a proposition (to be sure rapes also happen in these states in India, where the majority of victims belong to the lowest castes). What this disparity in wealth, infrastructure, and lifestyle is doing is making some people increasingly frustrated with themselves because their needs far exceed their haves, which are also socially construed. Inebriated joy-ride in an unlicensed bus on busy Delhi roads was, thus, one of the ways in realisation of those needs. The perpetrators, who are reported to be normal people in their own neighbourhood had so much rage while anonymous that they did not hesitate to tear away uterus and intestine by bare hands. Rape is not (only) about sex! It is about uncontrolled power arising from hate, vendetta, and animal instinct.

Irrespective of social inequality some of the inherent causes for offences against bodily integrity could be successfully addressed through education – a gender sensitive one. It is not enough to raise daughters as sons, it is necessary to raise sons as daughters too. A lack of proper education is evident when the President of India’s son, also a Member of Parliament, belittles the protest against rape by claiming that the women protesters are highly “dented and painted”, and therefore their protest is only an eyewash! Much has been said than done. One Indian Parliamentarian described the Delhi victim as a living dead when she was alive after being raped. Another described a rape victim in Kolkata as an escort who had a problem with her client, and therefore unchaste. One Guru in an ashram advised women to pray and request rapists to save her. Advises are pouring in as to women should not go out at night, they should not wear skirts.  These attitudes are all in keeping with the mentality that a woman’s chastity and dignity is forever lost once an offence against her body is committed. Such a mentality prohibits a large number of victims to complain against their offenders. And these attitudes are inculcated through family, school, peer and professional education and interaction. The system needs overhaul before it is too late and too many people suffer horrendous violence against body, some are castrated, and rest thrown at gallows. Like compulsory environmental courses one could think of compulsory gender courses in schools and colleges.

However, the long term programmes of striking social equality and inculcating proper education can be no substitute for a sincere corruption-free administration. If only bus licenses were regularly examined, it could have been found that the bus was plying unauthorised on Delhi streets. If only there were appropriate traffic vigils the driver(s) could have been found liable for drunk-driving. If the police officials did not delay in debating their jurisdiction issues in attending the victim, the victim would have had more time in the hospital. Even though these long-term and short-term measures are taken, there might still be offences against bodily integrity and consequent injury. There is no full proof method for social amity and peace. However, in the immediate aftermath of a horrendous crime the important thing is not to forget the multifarious nature of issues to be dealt with in addressing the issues in hand.