Brief Summary of the Case

The proceedings before the Constitutional Court of the Slovak Republic, the result of which is the breakthrough decision in question, began in 2014 when the part of the Slovak Constitution dealing with judicial power was significantly amended. This constitutional amendment was followed by an amendment to the Act on Judges, implementing legislation, relating to the relevant part of the Constitution. In addition to other changes, the most important change introduced by the constitutional amendment in question was a requirement that judges be issued with security clearance – clearance issued by the National Security Authority (one of the executive branch bodies), following checks by that authority. The Judicial Council, the supreme authority on the legitimacy of the judiciary in the Slovak Republic, would have to assess judges’ fitness for office on the basis of these security clearances. The primary reason the constitutional amendment was challenged before the Court was because the security clearances would be required also for judges already holding office, and not only for new candidates standing for judicial office.

Consequences of the Decision of the Constitutional Court

The Constitutional Court’s decision has been handed down just as public debate is focused on the process currently underway for the appointment of 9 new judges to the Constitutional Court itself (18 candidates are being considered for 9 vacant positions). In particular the focus has been on whether or not one of the candidates, former Prime Minister Robert Fico, meets the requirements for the number of years in legal practice that would make him eligible for consideration for a seat on the court. In such an atmosphere, the decision of the Court in question will either be mightily praised, or strongly criticized by constitutional academics, and probably within a very short time span. What is certain is that the decision will not be left without a response. While one could not possibly anticipate all consequences of such a breakthrough decision today, I will attempt to name just a few.

This post has previously appeared on the IACL AICL blog and is republished here with kind permission. 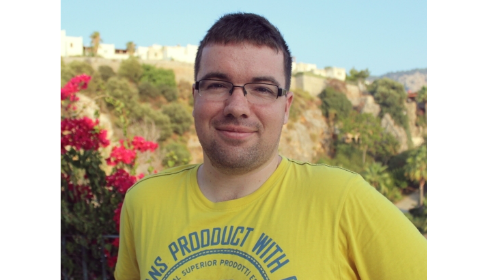 Marek Domin Marek Domin is an associate professor in Constitutional Law at the Faculty of Law of the Comenius University in Bratislava.

Other posts about this region:
Slowakei 1 comment Join the discussion