Children of Men. Comments on the ECtHR’s Judgment in Khan v. France

The Jamil Khan case illustrates the lack of care unaccompanied foreign minors face in France. Jamil Khan is an Afghan migrant who fled his home country in August 2015 and arrived in Calais being 11 years old at that time. He lived alone in a squalid slum for about six months, before he illegally entered England in March 2016 where he has been cared for since by the UK’s child welfare services in Birmingham. Yet, during all the time he spent in France, this isolated minor was left in destitution, as he received no support by the national authorities, so much so the European Court of Human Rights (ECtHR) condemned France in a judgment of 28 February 2019 (Application no. 12267/16) for inflicting on him “degrading treatment”, for leaving him “in an environment manifestly unsuitable for children, characterized by insalubrity, precariousness and insecurity”, for failing to protect this particularly vulnerable migrant. As the département of Pas-de-Calais did not do everything they could and should have done to comply with their positive care obligation, the judges of the Strasbourg Court (fifth section) concluded unanimously that France had violated Article 3 of the European Convention of Human Rights (ECHR). The same day, the Court sentenced Greece in the H.A. & alii case (ECtHR, 28 February 2019, Application no. 19951/16). Such condemnations were expected as they correspond to a constant position of the Court, as exposed in the Rahimi case (ECtHR, 5 April 2011, Application no. 8684/08). Let’s focus on the Khan case and France’s violations of Article 3 ECHR.

Considering the submissions of the French Défenseur des Droits, of the French Commission nationale consultative des droits de l’homme (CNCDH), of the Groupe d’information et de soutien des immigrés (GISTI), of La Cabane juridique (an NGO present in the land of Calais), the Court asserts it is not convinced by the arguments put forward by the French Home Affairs ministry. It dismisses the ministry’s attempt to transfer the responsibility of such dire situation on the child himself, and on the persons, who came to support him (para. 90). Neither the twelve-year-old boy who barely understood and spoke French, nor the non-governmental organisations which helped him, the lawyer who represented him, the temporary representative who had been appointed, could be made responsible for the failure of the French authorities to offer him the protection he needed; meanwhile the Court notices – in a weird and unfortunate manner – the “ambiguity of the applicant behaviour” (para. 91). Though the domestic authorities’ task was complex and sensitive (para. 91), the Court considers that they failed to fulfil their positive obligations to protect and provide care for an unaccompanied foreign minor unlawfully present in the national territory, who therefore belonged to one of the most vulnerable categories in society.

The Court refers to many published by different national and international organisations documents that are highly important to apprehend the situation in Calais: the reports of the Défenseur des Droits (here, here and here); the opinions and declarations of the Commission nationale consultative des droits de l’homme (here, here, here and here); the report of the Council of Europe Special Representative of the Secretary General on migration and refugees; the report of the Secretariat of the Council of Europe Convention on Action against Trafficking in Human Beings (GRETA); the report of the United Nations International Children’s Emergency Fund (UNICEF). All these documents expose a stringent vision of the squalid shantytowns in the land of Calais: The clutter of the makeshift cabins and huts, the difficulty of access to food and water, the scarcity of access to medical and psychological care, and the general hostility of the environment, are unacceptable for all migrants, but even more so for children who suffer from pathologies induced by the traumatisms of their departure and migration and by the precarious and uncertain situation, and who are the main targets of violence and trafficking (for a general presentation of the legal aspects of the migratory situation in Calais, see the Antoine Guérin’s Master thesis here).

Underage migrants face a double vulnerability: their statuses as migrants and minors feed each other in a cumulative and exponential way, and place higher demands on national authorities to satisfy their positive obligations under the Convention. Insofar that the primary consideration must be accorded to the best interest of the child (Article 3 of the Convention of the Rights of the Child; ECtHR, Neulinger & Shuruk v. Switzerland, Application no. 41615/07, 6 July 2010), the Court recalls “that it is important to bear in mind that the child’s extreme vulnerability is the decisive factor and takes precedence over considerations relating to the status of illegal immigrant” (ECtHR, Abdullahi Elmi & Aweys Abubakar v. Malta, Application nos. 25794/13 & 28151/13, 22 November 2016, para. 103). The domestic authorities hence have the “duty to protect children and take appropriate measures as part of their positive obligations under Article 3 of the Convention” (ECtHR, Popov v. France, Applications nos. 39472/07 & 39474/07, 19 January 2012, para. 91; see also ECtHR, Mubilanzila Mayeka & Kaniki Mitunga v. Belgium, Application no. 13178/03, 12 October 2006, para. 55 “duty to take adequate measures to provide care and protection as part of its positive obligations under Article 3 of the Convention”). Because of the absolute nature of the protection afforded by Article 3, and because of the extreme vulnerability of the child (which depends on his age, his status as an illegal migrant in a foreign country, his separation from his family, and his health conditions; see ECtHR, Mubilanzila Mayeka & Kaniki Mitunga v. Belgium, para. 55), such positive obligations are strengthened.

The UN Committee on the Rights of the Child (CRC) clarified in its General Comment No. 6 that national authorities must guarantee to minor migrants appropriate living conditions, protect them from the dangers of trafficking, and proceed to their identification and protection (para. 46). However, in the Khan case, it appears that the French authorities deployed insufficient and inadequate measures to identify the minors who were in the Calais ‘jungle’, despite the order of an administrative judge on 2 November 2015 to the Préfecture of Pas-de-Calais to perform a census of all unaccompanied migrants within 48 hours (the appeal of the Interior Ministry and of the municipality of Calais were rejected by the Conseil d’Etat in an order of 23 November 2015, Applications nos. 394540 & 394568). The national authorities, furthermore, provoked an increase of the vulnerability of the young Jamil Khan (and of all the other underage migrants), when they demolished the southern section of the land, and when they did not comply with the order of a Children’s Judge of 22 February 2016 to ensure the applicant’s placement with the child welfare department in order to provide him with accommodation and enable him to be reunited with members of his family living in the United Kingdom within one month. In fact, the Afghan boy had to leave his cabin in the southern part of the land and had to move to the northern part, where he lived in even worse conditions.

Asylum application and the child’s rights

It must also be underscored that this young Afghan migrant was not only in need of protection, but also willing to apply for international protection. As the European Court puts it, “[c]hildren have specific needs that are related in particular to their age and lack of independence, but also to their asylum-seeker status”, as “the Convention on the Rights of the Child encourages States to take appropriate measures to ensure that a child who is seeking to obtain refugee status enjoys protection and humanitarian assistance, whether the child is alone or accompanied by his or her parents” (ECtHR, Abdullahi Elmi & Aweys Abubakar v. Malta, para. 103). In his excellent book The Child in International Refugee Law, Jason Pobjoy proposesto understand the Geneva Convention relative to the status of refugee in the light of the Convention of the Rights of the Child. Accordingly, the apprehension of the persecutions has to be rethought as the harm a violence creates which touches deeper and lasts longer when the victim is a child. Such a dynamic should also impose a consideration of the young age of the underage migrants in defining the procedures they have to go through when soliciting international protection. Hitherto, the French asylum system reveals to be at the opposite from developing such a dynamic. Some deeply concerning shortcomings exist that are exposed in the submissions of the French Défenseur des droits (para. 57). In practice, for instance, the unaccompanied minor migrants’ possibility to apply for asylum is subject to the condition to being taken over by child welfare.

Meanwhile, the number of migrants officially recognized as underage in France tripled between 2015 and 2018, reaching more than 17,900 people. Estimating that there is a large part of migrants falsely claiming to be children, a decree no. 2019-57 was issued on 30 January 2019, in application of Article 51 of Law no. 2018-778 of 10 September 2018 on immigration and asylum (see the statement of the French Interior Ministry here). This decree modifies the way the minority of unaccompanied minor migrants is estimated. The text, which entered into force on 31 January, introduces cooperation of the child welfare local agencies with police and préfecture services and creates a database of the underage migrants’ biometric characteristics – Appui à l’Évaluation de la Minorité AEM (for a presentation of the decree, see this article of Le Monde). On 28 February 2019, the very day the ECtHR delivered its condemnation of France in the Khan case, UNICEF and 18 other organisations introduced a an action for annulment of the decree, illustrating widespread and intense opposition against the text both on the international and national level (for an analysis of this remedy, see this interview with Serge Slama). The decree brings to light the ministry’s indifference towards the special needs of migrants and to the particular vulnerabilities of underage migrants. It once again reveals the security approach of the French government in determining migration management, which lacks any consideration for human exigencies that the government is nonetheless bound to respect under international, regional, and national norms. 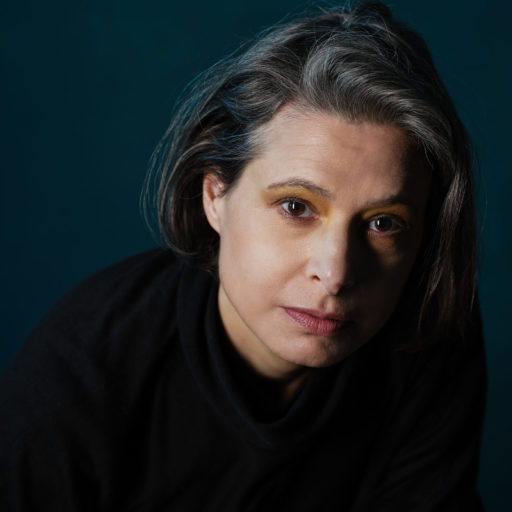