What’s Wrong with the Implicit Epistemic Constitution of Great Britain

On Wednesday, 26 May the erstwhile grey eminence in the Johnson government, Dominic Cummings, spoke. The 7-hour-long evidence session in front of the Joint Science and Technology Committee and Health and Social Care Committee of the British House of Commons failed to produce the smoking gun we were lead to expect, and the right-wing press did not miss to emphasise that Dom is now taking revenge for his dismissal. Yet Mr Cummings threw some light onto the corridors of power. According to the fact-checkers of The Guardian, his statements were generally factually correct. This light made clear at least three things that are interesting for students of constitutionalism and, in particular, of the implicit constitutionalism that determines the relationship between scientific expertise and power.

This post will not attempt to evaluate the adequacy of the initial response to the pandemic in Britain, or the alleged dysfunctionality of its government or the right timing of the lockdown. Instead, it will use the revelations of Cummings’ testimony to discuss the (im)possibility of evidence-based regulation and show why science is far too important to be left to scientists alone.

Since the beginning of the pandemic, the British government has incessantly claimed that its decisions have ‘religiously’ been following science. At first blush, this seems to be confirmed by Mr Cummings’ otherwise damning claims. The spread of the virus in the country was closely watched by the Scientific Advisory Group for Emergencies (SAGE), which includes hundreds of scientists from various disciplines working in the nation’s top universities or specialised institutions (e.g. Public Health England). SAGE was regularly updating Number 10 about the developments on the ground and provided alternative forecasts for the way forward. Until the end of February 2020, available data seemed to suggest a peak of the pandemic in June. At the beginning of March, the picture had changed and Mr Cummings, along with the Chief Scientific Adviser of the Government and others, realised that the peak had already come and the only way to prevent hundreds of thousands of Covid deaths is a national lockdown. They persuaded the Prime Minister to change course.

This was not ‘a science has spoken to power’ story, however. On the contrary, Mr Cummings’ evidence shows that despite the formal incorporation of science in a single institution (SAGE), there was no single ‘Science’ to speak to the Prime Minister. According to Mr Cummings – and this has to be taken with more than a pinch of salt – it was him, someone with a degree in history, who pushed the panic button. Days later, some SAGE members were apparently puzzled by the change of course. More importantly, there was no single SAGE report that lead to the conclusion that a full lockdown was necessary; Mr Cummings claims to have collated the data from the Intensive Care Units using the calculator of his smartphone. Apparently, science was, as it has always been, embodied in many bodies, and in this case, one of them had privileged access to the ears of the prime minister. 1)

But what is science?

The second important thing that became clear was the porousness of the boundaries of science. According to Mr Cummings, the reason why SAGE did not see the peak coming earlier was ‘groupthink’ (I’ll return to this later), and two assumptions shared by everyone at the time, which turned out to be disastrously wrong. The first was that the public in a Western country would not accept a Wuhan-style lockdown. The second assumption was that it is impossible to introduce an East Asian Track and Trace system. All planning in Whitehall and SAGE was based on these assumptions, which is why SAGE never considered such a scenario in their models. This should come as a shock not merely because both assumptions turned out to be wrong, but because they are not based on any data. In other words, they were political. Nevertheless, if we believe Cummings (and there is no evidence to the contrary), all the respectable scientists sitting in SAGE apparently accepted these assumptions uncritically. The baseless assumptions were in plain sight, and repeated by ministers and media time and time again. Allegedly, it did not occur to any of the SAGE experts – all undoubtedly diligent within ‘their’ field – to demand evidence for why a full lockdown cannot work in Britain, or to suggest that for the sake of completeness they should consider such scenario too.

Cummings explains this omission with groupthink and recommends the inclusion of outsiders, like himself, to overcome it. I cannot agree more that diversification of expertise – in SAGE and everywhere – is essential. However, I would add – to the possible dismay of the former Vote Leave Director – that part of the problem with SAGE members is that they are mostly British and white. It would have helped if they looked at the experience of Lombardy and other Western countries, which were already introducing full lockdowns in early March, but this, according to Cummings, was largely ignored. With the risk of appearing smug, as a Bulgarian living in Britain, I could not help seeing the falsity of the first assumption all along. While the British of all walks of life and of all political persuasions love to identify themselves with their liberties, I have always seen them as law-abiding folk who have trust in their institutions (and inexplicable quasi-religious awe for the NHS). While these beliefs do not necessarily exclude each other (and each can be verified by social science), they justify the opposite assumptions about the feasibility of a national lockdown. It was not impossible to test these things ‘scientifically’ and plan accordingly, yet no one noticed how identitarian beliefs had contaminated the scientific data, until circumstances ushered in a natural experiment to prove that Britain could be no different from Taiwan, at least as far as lockdowns are concerned.

On Public Understanding of Science

Nothing in the foregoing thoughts should be taken as a barb against SAGE. Scientists are human and all humans take most information uncritically, while focusing their critical attention on a fairly narrow range of issues. The only way to overcome the major epistemic problem this entails is not to “strengthen” their science and demand more of the individual experts. The solution is possible only at a collective level, by the diversification of the relevant committees at a collective level – with other disciplines, but also with other backgrounds and experiences. Cummings, inter alia a warrior against ‘political correctness’, himself called for the former but may baulk at the latter. Yet, the disastrous mistakes made by the current Whitehall establishment make its diversification not only a matter of equality and representation, but also epistemic: it is instrumental for getting things right. In the case of a pandemic, this is also a matter of life or death. 2)

This brings up the final point to take home from Mr. Cummings’ evidence. It is about the way the lay public understands and contributes to science. Just as it demonstrated why regulatory science needs to be open to input from everywhere, this story makes it obvious that one does not always need to be a scientist to understand scientific evidence and apply it to the circumstances one is facing. Cummings, a historian by education and political strategist by experience, claims to have understood the evidence about the spread of the pandemic better than many scientists. Even if exaggerated, there is little doubt that he was instrumental in the introduction of the first national lockdown, which saved lives. On the other hand, folk science – folk economics in this case – represented a huge danger in the early days of the pandemic. The Prime Minister – with no education in economics – was mostly concerned with avoiding the spread of panic and containment measures’ effects on the economy. According to Cummings, the latter concern was widespread in Whitehall. This is hardly surprising: in the last three decades, economic thinking has come to be internalised by pretty much everyone (in a brilliant illustration, Albert – a hardly literate vagabond in Angel’s Share explains to his motley crew how to exploit ‘supply and demand, market fucken forces’ to their benefit). What is surprising, however, is that many professional economists, including the IMF, believed that the effects of containment measures would be moderate and expected a rebound in the medium-term. Indeed, according to Cummings’ testimony, the Chancellor of the Exchequer, whose job – unlike that of the PM – supposes paramount concern about the economy, did not oppose the national lockdown. Thus, quite paradoxically, the non-economists were more orthodox on the economy than the experts.

So what is the lesson, if any, about the role of citizens in regulatory science? Cummings’ challenge to the orthodoxy (acting with the help of trained scientists) seems to have been vindicated by the subsequent developments. This can be explained by sheer luck, or by the unique combination of an outsider’s perspective and rigorous engagement with the evidence (working 100 hours a week by his account). On the other hand, Johnson’s ‘economy first’ approach seems to be an orthodoxy itself, clinging to a few, well-known principles of economics but without much understanding of the subtleties known to the economists themselves and without paying any attention to the facts on the ground. In other words, what makes a difference is not the perspective – internal and liable to groupthink, or outside and at risk of ignorance – but the level of engagement one is able and willing to go into.

The last point brings us to the more general conclusion about the epistemic constitutionalism in Britain and beyond. ‘Strengthening science’ whenever it is shown to be based on shaky assumptions, as SAGE’s advice was, is clearly not the right way forward through a pandemic. Taking ‘democratic’ control over science in the way Trump and Bolsonaro did isn’t either.3) Challenges of this magnitude do not lend themselves to either of these simple solutions; they require scientists and laypersons to join together, leave their comfort zones and engage with the evidence and considerations each of them brings to the table. The deeper the engagement, the higher the chances for them to find a safe way out. 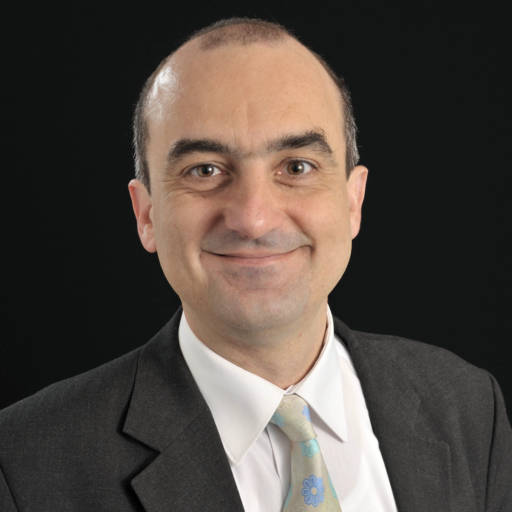 Other posts about this region:
English Articles 4 comments Join the discussion
Go to Top