A More Democratic Supreme Court? Not So Fast

The Republican entrenchment in the US Supreme Court and its threat to thwart any meaningful Democratic agenda has prompted a wave of demands to pack the Court and restore its ideological balance. This, and a host of other proposals for reforming the “least dangerous branch” to make it more responsive to democratic politics, were the subject of an extensive review by a Presidential Commission that submitted its comprehensive Report last month. The outcome, in short: Court packing is out, judicial term limits are in.

But at every turn of the discussion on the pros and cons of different proposals, their administrative feasibility and conditions of legality, deep disagreements emerged concerning the most basic assumptions, concepts and ends at stake, and the Report is ridden by a recurring caution that notions like democracy and legitimacy inevitably mean different things to different people. In what follows I will seek to provide a simplified account of these fundamental disagreements and their significance for the fate of the three most important proposals on the table.

Three divergent conceptions of law and democracy are struggling to define the agenda for the US constitutional system, as playing out in the debate over Supreme Court reform.

The first is a rational choice theory that sees constitutional judges as political actors acting strategically to maximize their own policy preferences. Its conception of democracy, running back to Bentham, identifies political value with aggregate majority preference expressed through elections. Its concern is with juristocracy. Its fear is power illegitimately masked as ideals.

Opposed to it is liberal constitutionalism, far and away the dominant conception among contemporary legal scholars and judges, which considers rule by majority as but one side of political value, limited by a substantive and prior commitment to the protection of fundamental interests through constitutional rights. Its concern is to insulate courts from politics, given the recognition that constitutional interpretation involves a certain inevitable measure of discretion in hard cases. This general conception underlies a plethora of more specific constitutional theories, from originalism to Dworkin’s moral reading, from Thayerian deference to Warren-court “activism,” and every Bickel, Ely and Sunstein in between. Its present concern is that the Supreme Court has become evidently partisan, and that its conservative 6-3 majority entrenches an overtly political agenda that threatens constitutional rights and the fairness of the political process. Its deep fear is populism.

A third view is interested in democracy as collective self-government. Rooted in a kind of civic republicanism that champions inclusive and participatory public deliberation, this conception is concerned less with courts being political as with the de-politicization of public life. Its claim is not the abstract or theoretical counter-majoritarian difficulty, but a historically grounded account that sees the US constitution as minoritarian by design, traces the alliance of the Supreme Court with powerful interests and racialized disenfranchisement and is deeply skeptical that the Court has made any meaningful contribution to the advances of the last half century in freedom and equality. It considers popular social movements as the agents of progress, and elected bodies as the better guardians of political rights. Its fear is the Philosopher King.

The Presidential Commission’s refusal to endorse the proposal to pack the Court represents a rejection of the first conception. The key arguments it provides against the proposal predict spiraling retaliations, decry its impingement on the independence of the judiciary, and warn of a hit to the legitimacy of the Court as perceived by the public. Yet on the first conception none of this should be so troublesome, because that conception sees no daylight between constitutional adjudication and partisan politics. Making the judiciary reflect elections would therefore be a salutary extension of majority rule and should increase legitimacy once the public awakens from idealized myths to the realities of adjudication.

This conception of constitutional reasoning has become increasingly common among political scientists, who call it the “realist” position. It is in point of fact traceable to a reading of the American legal realists (which prompted in political science an “attitudinal” notion of adjudication, later refined as strategic behavior), but the term is also reflective of a rational choice intellectual lens, which legal realists such as Felix Cohen and Karl Llewellyn had little to do with.

(Proponents of the plan to pack the Court do not generally articulate this premise explicitly, but their recurring argument is that the Court needs to be restored to an ideological balance that reflects the electoral results. The implication is that in principle we reserve no legitimate counter-majoritarian function for a constitutional Court in a democracy.)

While this view may seem crude, at this point in the life of the Supreme Court any other understanding of its decision-making in important cases would seem to be either naïve or disingenuous. From Bush v. Gore through Citizens United to Shelby County, it is clear as day that Supreme Court decisions are political in exactly this crude sense, where party affiliation, ideology, and judicial philosophy are one. Yet maintaining such pessimism about the possibility of principled adjudication is inimical to the heart of hearts of liberal constitutionalism, and not only because of faith in adjudicative reason. Liberals are not concerned with numerical majorities as a quantitative aggregate—a “statistical” conception of democracy, as Dworkin called it; but rather with the fairness—or “equal respect”—that is enshrined in “one person, one vote.” The fundamental rejection of utilitarianism by this type of liberal political morality puts forth the separateness of persons as the commitment that rejects the supremacy of aggregates and calls for a mechanism to secure fundamental rights (which to Bentham of course were “nonsense on stilts”).

The only proposal that the Commission clearly endorses, although technically it was not mandated with making recommendations at all, is judicial term limits, gradually phased in. Term limits are perfectly suited to the liberal concern, for they address the threat of populist entrenchment. But so long as term limits are longer than a few presidential election cycles (the number on the table is 18 years), we understand that the Supreme Court is not meant to reflect electoral majorities. In maintaining a counter-majoritarian role for the Court, this proposal expresses the continued commitment to the idea that it should and can be depoliticized. In the jurisprudential sense, the assumption here is that interpretive discretion is limited, and either unthreatening or an opening for justice. In the broader institutional sense, it suggests that partisan politics can be weeded out. This depends on there being a mechanism to force or at least nudge justices to adopt one of the different variants of liberal constitutional theory that draws a line in the sand. Perhaps term limits can sustain this hope, by signaling Congressional disapproval of the Court, by reducing to some degree the partisan stakes of each judicial nomination, and by pushing constitutional culture to take a turn away from the current circus.

Legislative Override, or: Dethroning the Court

A third category of proposals call for reducing the power of the Court as an institution—not merely who sits on the bench, or for how long—most prominently with the model of a legislative override similar to the “Notwithstanding Clause” of the Canadian Charter of Rights and Freedoms, or the requirement of a supermajority of justices to invalidate an act of Congress. Shifting power from the Court to legislative majorities, these proposals could in theory make sense also under a simple majoritarian conception of democracy. However, to see their deeper significance today requires understanding why in the current moment such proposals represent the fault line between the second and third conceptions—between liberal constitutionalism and a thicker democratic conception. This is because, in our moment in time, liberal constitutionalism is justifiably worried about majoritarian politics. Any attempt to take power away from the courts must contend with the dominant liberal position that the Supreme Court is a democratic institution that protects rights that are prior to and necessary for democracy, and that going after the courts portends the death of democracy.

The third conception can only enter the fray, then, by rejecting the legal theoretical basis that shields the Court from politics. It might adopt the kind of realist outlook espoused by the first conception. More plausibly, however, it should rely on a kind of critical jurisprudence that considers adjudication not as a sphere of “interpretation” with some room for disagreement within canons that maintain an autonomy from politics, but as a site of struggle, where competing claims invariably stand to win and lose, and where the point of every judicial choice is not to find an independently correct meaning of a word, or of a principle such as equal protection, but about prioritizing among socially competing interests, substantive as well as procedural. This is politics.

The point, however, is not that being political denies the Court democratic legitimacy but, rather, that precisely in the measure that the Court is political, public life is depoliticized. Once the Court has spoken, the activist can retire. What this not only implies, but reinforces, is an impoverished public sphere in which we make our demands from and toward each other via the mediation of a higher power, and our social and intellectual capacities for political argument about the right and the good are atrophied. This conception is not simply concerned with giving power to majorities, but rather aims to reclaim for the public at large a form of life in which we take deliberative responsibility for working out, provisionally and over time, what is and is not constitutional. Designing the details of the various proposals should also be done with this end in mind.

Yet a liberal constitutional theorist that finds herself sympathetic to these ideals of democratic participation, and even one converted to the critical conception of law just outlined, would still be likely to reject proposals that go after the power of the Supreme Court at an institutional level. This is for the simple reason that most liberals are deeply accustomed to thinking of the Court, not the people or the Congress, as the guardian of individual rights, and are increasingly haunted by the specter of autocratic populism. The thick conception would have the burden of proof to demonstrate that it will bolster, not weaken, constitutional resilience, and guarantee that nothing in its programs would ever degrade into a right-wing populism of a uniform ‘volk’ will (which must never get away with the label “democracy” at all). It should focus on making central to its constitutional agenda the design of institutions that safeguard the place of political dissent, freedom of political speech and of the press, as well as rule of law procedural fairness at every level of government. These are arguably not only compatible, but necessary for the aspirations of deliberative democracy. But only foregrounding those as well, rather than merely weakening of the Court per se, would make possible an alliance of democrats and liberals. 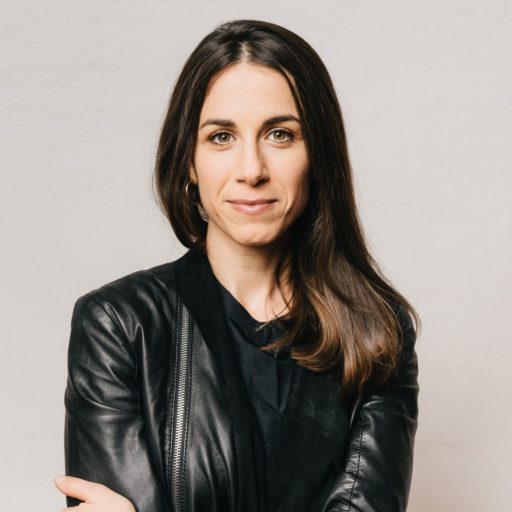 Roni Mann Roni Mann is a Professor of Philosophy and Political Theory and the Director of Humanities at the Barenboim-Said Akademie in Berlin. (Photo: Peter Adamik)
Other posts about this region:
English Articles 1 comment Join the discussion
Go to Top