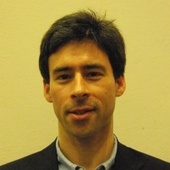 Eric Kaufmann is Professor of Politics at Birkbeck College, University of London. He is the author of Shall the Religious Inherit the Earth (Profile 2010), The Rise and Fall of Anglo-America (Harvard 2004), The Orange Order (Oxford 2007) and Unionism and Orangeism in Northern Ireland since 1945 - with H. Patterson (Manchester 2007).

Why majority cultural preferences should shape, but not determine, immigration policy