Between Euphoria and a Stony Path Ahead

More than 98% voting in favor of separation seems like déjà vu. Not long after such an overwhelming share of the electorate supported the creation of the State of Sidama within Ethiopia, Papua New Guinea (PNG) witnessed a similarly near-unanimous decision to change territorial boundaries. Apart from the unambiguousness of the decision, the two votes were of course quite different. The referendum held in the Autonomous Region of Bougainville was not about internal secession but independent statehood and it was not prepared in short time but has been in the making for almost 20 years. Now, however, PNG and Bougainville face a complex post-referendum process that is fraught with many uncertainties.

Chronicle of a Vote Foretold

The story that culminated in Bougainville’s referendum choice between “greater   autonomy” and “independence” is one of long-lasting self-government aspirations of this region located 900 km off the mainland of PNG and how they have been dealt with over the last five decades. When PNG achieved independence from Australia in 1975, Bougainville was denied own statehood and was granted instead an autonomous status. So the two options on the ballots 2019 had already been on the table back then. Grievances soared, however, when it became clear in the mid-1980s that the autonomous powers received were insufficient to address the most pressing issues of the time, that is mining and land use. Growing disenchantment with the political status quo provided the context for a conflict around the exploitation of Bougainville’s Panguna mine, one of the world’s largest copper mines, with some islanders demanding its closure and others a fairer distribution of earnings. This conflict eventually descended into a brutal civil war about secession with disastrous consequences. The bloodshed claimed an estimated 20,000 lives (from among a total population of less than 200,000), destroyed Bougainville’s infrastructure and caused its economy to regress into subsistence.

It is at this point that the idea of a referendum came into play. Soon after the war had been ended after ten long years (1988-1998), the Bougainville Peace Agreement of 2001 was founded on “three pillars”: asymmetrical autonomy giving Bougainville a special status superior to the 20 provinces of PNG and the National Capital District, a plan for the disposal of weapons held by combatant groups and a deferred referendum on independence. It was foreseen that the national constitution will be amended “to guarantee a referendum on Bougainville’s future political status” and that the options available “will include a separate independence for Bougainville” (Sections 309-310 of the Agreement). “Deferred referendum” meant that the vote was to be held between ten and 15 years after the election of the new regional government of Bougainville (elected in 2005). That is why there was now a rush to organize this referendum.

Organizing a vote legitimate enough to be respected by all parties involved required a Herculean effort in a region with 90% of the population living in remote rural villages, roughly 50% being illiterate and others struggling with getting access to sources of information. There is no TV or radio network covering Bougainville’s population and only a few hundred copies of newspapers are brought from mainland PNG each day. In order to explain how the referendum works and the two options on the ballot, as defined by the national and regional government, nonprofit organizations staged awareness-raising events throughout the region for people to be able to make an informed choice. A Bougainvillean filmmaker, Llane Munau, produced a documentary for the same purposes. In parallel, the Bougainville Referendum Commission has made significant efforts to further ensure legitimacy through a comprehensive voter registration campaign with an electoral roll finally featuring 20% more people than for the 2015 regional elections. When the two-week voting started on 23 November, more than 206,000 Bougainvilleans, living in the region itself, other parts of PNG, Australia and the Solomon Islands, were called to cast their ballot.

What now? Many Expectations and a Process Fraught with as Many Uncertainties

Unsurprisingly, the announcement by the Chair of the Bougainville Referendum Commission, the former Irish Taoiseach Bertie Ahern, that 98.31% of the electorate voted for independence was greeted with immense exaltation. While there is a certain expectation that this clear result will immediately pave the way for independence, it needs to be emphasized that the vote is legally not binding. What Section 311 of the 2001 Agreement foresees is that PNG and Bougainville governments “consult over the results of the referendum” and that “the outcome will be subject to ratification (final decision-making authority) of the National Parliament.” Indeed, Sir Puka Temu, PNG’s Minister for Bougainville, acknowledged the result as “a credible one”, but instantly reminded islanders where final authority lies.

To be sure, however, an almost unanimous vote will make it much more difficult for the national government to refuse independence or, as some Bougainvilleans fear, to drag out the process towards its achievement. The referendum outcome may therefore assume at least a politically, if not legally, binding character. In any event, even if the PNG Government decided to swiftly move forward with genuine negotiations, the path towards independence will be fraught with a number of uncertainties. As I argued elsewhere, it is exactly this stage of the complex post-referendum process that is often grossly underestimated regarding both its political and legal implications. To use Brexit terminology, a withdrawal agreement is tough and an agreement about the future (long-term) relationship is even tougher to conclude. In the case of Bougainville, there are at least three issues which are likely to play a key role in reaching a sustainable settlement.

First, the PNG Government has been very anxious since the negotiations of the 2001 Agreement to emphasize the uniqueness of the arrangement for Bougainville because it fears a domino effect. This anxiety is likely to increase when the stakes of bargaining with the island region now become higher by even involving own statehood. Avoiding to set a precedent for secession movements in other provinces such as East New Britain, New Ireland, and Enga is for sure something currently on the minds of PNG’s Prime Minister James Marape and others when deliberating their response to the referendum result. But the outcome may even have wider implications with other governments in the Pacific fearing that the Bougainville case may reinforce separatists in places like Indonesian West Papua and, especially, French New Caledonia ahead of an independence referendum scheduled for 2020.

Secondly, financial self-reliance and the resulting capacity of independent Bougainville to provide public services is another key issue. The 2001 Agreement only entrenched two legal conditions for holding the referendum, which are weapons disposal, as well as a relative and quite vague criterion of having achieved good governance according to “internationally accepted standards” (Sections 312-313 of the 2001 Agreement). But the capacity to fund the recurrent budget from internal sources on a sustainable basis will prove a particularly crucial point. According to a calculation based on a comparison with neighboring Melanesian states, independent Bougainville would need a budget two to three times higher than its current one as a region within PNG to ensure financial self-reliance. While license fees from fishing are regarded as short-term option, mineral rents are certainly the most evident source of increasing tax revenue in the long run. But large-scale mining by again putting into operation the Panguna mine (closed since the early days of the civil war) is controversial. And it would (re)open the floodgates to influence of investors, which leads us to another critical issue.

A third challenge for the process ahead are the changing geopolitical dynamics in the South Pacific region. In 2001, so-called “light intervention”, mainly through the UN, New Zealand and Australia, was credited with facilitating the agreement and at least the early stages of its implementation. This time around, intervention is likely to be much less light. It will be fueled by tough strategic competition in the region between China and the United States, as well as regional players like Australia. Investors from these countries keep an eye, especially, on a reopened Panguna mine and China seeks to make an independent Bougainville part of its Belt and Road Initiative. Even though John Momis, the President of the regional government, at one point proclaimed that “we [the indigenous people of our motherland Bougainville] alone have to decide our future”, this future may be shaped significantly by powerful geopolitical forces.

Honoring the Motto of “Peace by Peaceful Means”

In the run-up to the referendum, Bertie Ahern was visibly impressed by what he saw as a unique “Melanesian Way” of reconciliation and pointed to the fact that the Bougainville Peace Agreement of 2001 has outlived the majority of similar settlements in other countries. Whereas less than half of the world’s most peace agreements survive for five years, Bougainville’s provided the legal and political framework for autonomy and for the referendum on the region’s future status. While most observers agree that the autonomy arrangement ushered in by the 2001 Agreement has faced certain problems of implementation, the settlement is certainly credited with initiating a period of cooling-off and trust-building. In view of Bougainville’s brutal history and suffering from exploitation and armed conflict, it is to be hoped that the post-referendum process will not relapse into violence, but mark, in line with the motto of the 1998 ceasefire agreement, another step towards “lasting peace by peaceful means”.

Other posts about this region:
Papua New Guinea 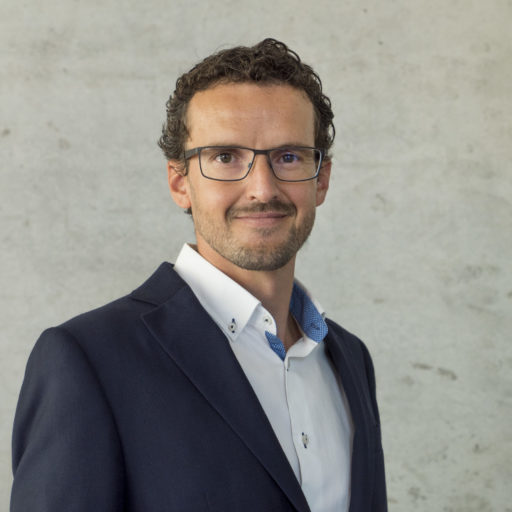 Other posts about this region:
Papua New Guinea No Comments Join the discussion
Go to Top