With a real bang, the German Federal Constitutional Court has adjudicated what is probably the most far-reaching decision ever made by a supreme court worldwide on climate protection. German lawmakers must make the post-2030 climate targets enshrined in the German Climate Protection Act much more specific. And they must distribute the remaining greenhouse gas budget fairly between generations. The latter will force much more ambitious climate targets – and above all more ambitious instruments – even before 2030.

For the first time, a constitutional complaint for more environmental protection was successful in Germany. The court’s decision was made on four constitutional complaints. The first was filed in 2018 by individual plaintiffs such as actor Hannes Jaenicke, energy researcher Volker Quaschning, and ex-member of parliament Josef Göppel, together with the Solar Energy Support Association Germany (SFV) and Friends of the Earth Germany (BUND), represented by attorney Franziska Heß and me. The SFV had prepared the complaint by commissioning legal opinions to me since 2010 (which were based on my habilitation thesis from originally 2002, now from 2019). In 2018, the constitutional complaint met with almost unanimous skepticism in politics, jurisprudence, and the media. When it was accepted for decision by the Constitutional Court in August 2019 – surprisingly for many – the picture changed. It was now followed in January 2020 by further constitutional complaints, including by activists from Fridays for Future and people from Bangladesh, supported by other environmental associations.

I. Constitutional Court and modern theory of human rights

The court follows in central points the first complaint represented by us. It thus changes its jurisprudence in essential respects, without, however, clearly admitting that. The decision shows:

1. Constitutional complaints for more environmental protection can be successful, and this without having to prove the (almost impossible) fact that every single existing climate protection regulation is ultimately unsuitable.

2. There is a fundamental right to climate protection. In this context, fundamental rights also protect intertemporal and transnational freedom and its elementary preconditions, not only freedom here and now (paras. 175 and 182 ff.). This is a milestone for law.

3. There is a fundamental right to the ecological minimum subsistence level.

4. Human rights apply even if, as in the case of climate change, very many people are affected (para. 110). This is also a break with the previous logic of German law.

5. The precautionary principle is finally applied to fundamental rights (marginal no. 129 ff.). Thus, it is not solely a matter of whether the complainant has already been violated here and now; cumulative, uncertain and long-term impairments of fundamental rights are also conceivable. This is convincing because the fundamental rights would otherwise run empty in the case of imminent irreversible damage. This is exactly what the Constitutional Court recognizes.

6. Climate protection is about freedom rights as a whole (para. 127), in two respects: both climate change and climate protection are relevant to freedom. For the „protection of freedom from climate change“ aspect, we had offered the court both an argumentation on the right to the elementary preconditions of freedom – life, health and subsistence – and an argumentation on freedom as a whole in connection with the state objective of environmental protection (Article 20a of the Basic Law). In its own diction, the court ultimately follows the second line, also mentioning the supporting character of the first line.

7. The fact that Article 2 of the Paris Agreement is ultimately on its way to becoming a constitutionally required minimum standard, with its obligation to limit global warming to 1.5 degrees, not just to well below 2 degrees, follows in parts from our argument that precisely the 1.5 degree limit is required (para. 235). The court correctly recognizes that the Paris Agreement no longer speaks of „two degrees“ as the overall target – and that states must seek to comply with 1.5 degrees, as is clear from the wording of Article 2. Emissions neutrality thereby becomes a constitutional imperative.

8. Policy must be based on the current state of scientific knowledge. This means that the facts must be accurate, even if there are gaps in this respect (with which the court was often very lax in earlier decisions).

9. The court states: Present generations are interfering with the freedom rights of future generations by allowing themselves to cause too many greenhouse gas emissions by 2030: The Climate Protection Act improperly deferred reduction burdens to the future. The targets for the period after 2030, but ultimately also before 2030 because of the budget that has already been used up by then, must be significantly tightened up. This echoes in our own words our approach of the limits of balancing different spheres of freedom that the legislature must observe.

10. Parliament must make all major decisions itself. It has not done so by now. In this respect and with regard to the emission reduction paths, the legislature must make improvements by the end of 2022.

11. Climate protection cannot simply be achieved abroad or through risky geoengineering approaches and the like (para. 226 f.).

12. Each state must do its fair share (Guiding Principle 2c).

The fact that the entire German political community including members of government is jubilant about this judgment is both remarkable and grotesque: after all, the pleadings of government and parliament from the trial document that they massively rejected the lawsuit and by no means welcomed it.

II. Weaknesses of the Judgment

All of this does not preclude the fact that the decision also has considerable weaknesses:

1. The Constitutional Court takes up the approach of the Intergovernmental Panel on Climate Change (IPCC) and, building on it, the German government’s Council of Environmental Experts (SRU), which calculate compliance with the 1.5-degree limit with regard to greenhouse gas budgets. The weaknesses of the IPCC budget, which as the result of a consensus body works with optimistic assumptions (for example on climate sensitivity), are passed over by the court. Likewise, legal criticisms of the IPCC budget, which is after all intended as a concretization of a legal norm, namely Article 2(1) of the Paris Climate Agreement, are ignored. This norm is legally binding, as the court itself presupposes (this follows, for example, from Articles 3 and 4(1) of the Paris Agreement). Having said this, it is not sufficient to aim at the 1.5 degrees only with 67% probability, as the IPCC does. Furthermore, Article 2 of the Paris Agreement refers to the comparison with the pre-industrial level. For this, however, one cannot choose a year in the second half of the 19th century as a base year, as the scientific studies used by the IPCC do. This is because industrialization began as early as about 1750, not 1860 or 1880. In this respect, the court erroneously states (para. 223) that we have never made such a criticism. Even the SRU budget as a consequence of the IPCC budget is therefore not sufficient for Art. 2 para. 1 Paris Agreement. Admittedly, it presents a smaller budget for Germany than it is otherwise often concluded from the IPCC data for Germany. However, this is solely due to the (legally convincing) decision that the SRU does not grant more emission rights per capita to people in Germany than to people in Africa, for example (the IPCC does not specify this). This does not solve the other points of criticism mentioned above.

2. The court’s handling of the double threat to freedom is not satisfactory, because the greater threat to freedom is climate change and not a radical climate policy. In the case of the court, it sounds in part rather the other way around. It also contributes to this that the court, in addition to its climate protection requirements from the rights of freedom as a whole in connection with Article 20a GG, at the same time emphasizes that the right to life and health alone does not support the lawsuit (para. 182 ff.). The court completely ignores the criticism of this outdated understanding expressed by us, in addition to addressing the rights to freedom as a whole and Article 20a. Thus, the decision reaches a curious compromise: On the one hand, there is now a fundamental right to more climate protection; on the other hand, the outdated restrictive doctrine of the protective dimension of fundamental rights is retained. This fails to recognize that the Basic Law addresses the defensive and protective dimensions in the second sentence of Article 1(1) and in Article 2(1) as being of equal rank. Furthermore, it is still overlooked that protective suits are not about a „claim to legislation.“ Rather, as in the case of defense suits, it is only a matter of drawing an outer boundary by means of a judicial determination – i.e., „don’t do it that way,“ not „do exactly that.“ From the point of view of the separation of powers, therefore, there is no difference between defensive and protective dimensions of fundamental rights. For the rights of freedom as a whole and Article 20a, the court grasps this correctly – however, it would also have to apply additionally to the right to the elementary preconditions of freedom, life and health.

3. With regard to health protection, the court also seriously mentions adaptation measures – besides mitigation – as a permissible strategy to a large extent (para. 169 ff.), although these are hardly on a par with emission avoidance, if only because of the threat of climate wars and the like.

4. Finally, it is ignored that most German emissions are not regulated by Germany alone, but by EU legislation. For this reason, we had explicitly requested a declaration that Germany has not taken sufficient action at EU level in favor of climate protection. The court did not even mention this. However, it will play a central role in the further implementation of the ruling.

1. Amending only the Climate Protection Act for the period after 2030 is not sufficient. The budget must also be distributed more equitably by then. The first signals from the German government are that the targets will actually be tightened up.

2. It is not yet clear whether instruments will also be tightened up. However, amending the Climate Protection Act alone is not enough, because without implementation, targets are meaningless. This means that all laws, such as energy law and agricultural law, need to be put to the test.

3. More important and effective, however, would be changes at the EU level, i.e. a role for Germany in the EU that is a driver and no longer like a brake for climate legislation. This is because purely German solutions are often problematic, not only economically from the point of view of competitiveness. Above all, they are often suboptimal from an ecological point of view, because they promote spatial and sectoral shifting effects. It would make sense, for example, to integrate all fossil fuels into the EU emissions trading system, cancelling all old certificates and establishing a cap of zero by 2035 at the latest (scientifically, this is more likely to be 2030). The EU Commission will present proposals in this direction this year and next year anyway. The role to be played there by the old and new German governments is much more important than changing German laws.

4. The background to the planned EU legislation is the new EU climate targets for 2030, which point in the same direction as the court ruling. This creates pressure from two sides for a significantly different German – and European – climate policy. This is also necessary. Because if the Paris Agreement suggests near-zero emissions in time, that implies zero fossil fuels in electricity, buildings, mobility, agriculture, plastics and cement – and greatly reduced livestock (supplemented by some non-hazardous negative emissions measures through forest and peatland management to offset residual emissions from industry and agriculture). Measured against this, the EU and Germany still have a long way to go.

5. The ruling will also have an impact on the interpretation of the law within the framework of existing legislation, for example in mining law and nature conservation law. 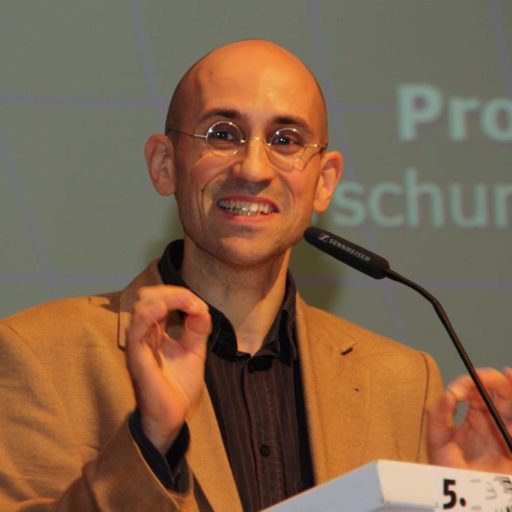 Felix Ekardt Felix Ekardt is the head and founder of the Research Unit Sustainability and Climate Policy based in Leipzig and Berlin and a Professor of Public Law and Legal Philosophy at Rostock University.
No Comments Join the discussion
Go to Top