From a Small State for a Global Readership

For this reason, from the very beginning we have not only had lawyers in mind as readers of our commentary, but also journalists, teachers and politicians. These individuals would be unlikely to buy a book about the Constitution, and even if they did, they would probably be overburdened by all the information and the long footnotes. But if access is free, and it is possible to search easily with keywords and obtain further information with a simple click (e.g. on the earlier wording of the Constitution and on judgments), then – we assume – they will visit the website. And from personal communications we know that they do. However, this does not change the fact that the texts contained in the commentary are written according to the standards for jurisprudential publications and thus presuppose a certain prior understanding.

If alone, then with full responsibility: MediaWiki instead of a legal publisher

Before the launch of the site, we looked at various options, including working with legal publishers. For cost reasons, and in order to be free to decide whether there should be a printed version of the commentary one day, we opted for the MediaWiki solution of a local company. This company had successfully designed websites, but had no experience in legal publications. This turned out to be an advantage in that its management listened to us, as they wanted to understand precisely what we needed. They realised that we expected a cost-effective solution that would be easy to use both by ourselves and by our readers. We immediately understood their proposal to design the website according to the same principle as Wikipedia and to use open source. The structure of the website is such that we could also use it for other law commentaries. Although we have taken on the maintenance of several websites in the meantime, we do not publish any other commentaries.

It is tedious when texts posted online include many references that are themselves not freely accessible. Or, to put it another way: an online commentary only makes sense if it is possible to work with links. This can be done easily in Liechtenstein: All of Liechtenstein’s laws are freely accessible online, as are the government’s motions to parliament and the minutes of parliamentary debates. The collection of officially published judgments is also accessible free of charge. The National Library makes available scholarly publications of the Liechtenstein Politische Schriften (LPS) series, older newspapers and other publications. Materials on the history of Liechtenstein have also been electronically accessible for some time. Precisely because the Liechtenstein Constitution is 100 years old, it is important for us to show its history and development since 1921. The historical encyclopaedia of Liechtenstein has been published online by the Liechtenstein Institute, and is constantly being supplemented with further contributions.

We have asked ourselves this question and believe that we can answer it – at least for our commentary – with an emphatic “yes”. However, we have taken various measures to be able to provide proof of quality.

From the very beginning we have had an academic monitoring committee composed of around 10 professors, judges and lawyers from Liechtenstein, Switzerland and Austria. Members of the monitoring committee review the texts before they go online. In the first few years, responsibility for the online commentary lay with a renowned professor of law who has written many commentaries himself: Univ.-Prof. Dr. Peter Bussjäger is a judge at the State Court of the Principality of Liechtenstein (the Constitutional Court of Liechtenstein). Since Peter Bussjäger moved to the University of Innsbruck full time in February 2018, I have been responsible for verfassung.li. I began my academic career at the University of Zurich, and have worked as an author on the commentary from the very beginning.

We were helped by the fact that the editor, the Liechtenstein Institute, is already known beyond the small circle of legal scholars. The more extensively and frequently that verfassung.li is cited in judgments of the Liechtenstein courts, as well as in pieces on Liechtenstein law in domestic and foreign publications, the better. It is quite possible that we have been helped in this by the small-scale conditions in the country, plus the lack of a competing product.

Whether the many visitors to our commentary who simply read up on something without quoting it later give any thought at all to the quality of the commentary and to its reputation, we do not know. We can only assume that they are satisfied with what they read: Many of them stay longer on the website, with 40% of visitors clicking on more than one page.

In the beginning, we had hoped to post articles on current judgments. Due to a lack of resources, however, this could not be done. Therefore, we decided to only communicate with the public when new commentaries were posted. And we have to refrain from mentioning anniversaries (in 2021 e.g. the 100 year anniversary of the Constitution or the unsuccessful vote on women’s suffrage in 1971) or new publications on Liechtenstein constitutional law. In this respect, we make too little use of the possibilities offered by online publications. Our regular readers (courts, administration and members of the legal profession) accept that our capacity is limited. If they had to pay to access the commentaries, readers’ expectations would certainly be higher. In this case, they would probably expect our commentaries to be regularly updated.

Comparative Research on small states is carried out in English. However, the information in English on verfassung.li is only rudimentary. We do not know whether visitors to the website whose first language is English who come across the online commentary subsequently read further articles using translation tools. In our evaluation of the months August to October 2021, however, we saw that almost 12% of visits were made with English as the browser language. If we published the commentary through a German-speaking publishing house, no one would question why there are not more texts in English, but if you go global, you start to think about the expectations of readers from foreign-language countries.

An online commentary ties up resources of the editor. Above all, it needs people to work on the project for years, whether they are developing the content further or at least ensuring its continuity from a technical point of view. It seems neither easier nor more difficult to find authors for an open access online commentary than for any other publication. However, printed works give entitlement to compensation from ProLitteris (the Swiss Authors’ Rights Society for Literature), which is also responsible for Liechtenstein authors. This entitlement does not apply to texts that are made available for free online, even on a platform such as verfassung.li. This rule of ProLitteris indicates that open access published academic texts are still – at least in the eyes of certain stakeholders – of less value than those that appear in print.

The Liechtenstein Institute has no regrets about making its commentary on the Liechtenstein Constitution open access and online only. On the contrary: open access publications seem to be particularly well suited to small academic institutions and small jurisdictions. Too few books would be sold domestically to make printing worthwhile. When travelling abroad or working with students, we can recommend verfassung.li unreservedly without forcing anyone to spend any money.

It seems to us that a prerequisite for an online publication to be successful in the long term is that it is embedded in an open access strategy by the editor. Only if readers are referred to other freely accessible online sources in the text do they really have an advantage.

We have deliberately decided against working with a publishing house, opting instead to use open source software. This means that we take care of everything. In return, we have complete freedom to determine the future fate of our online commentary. 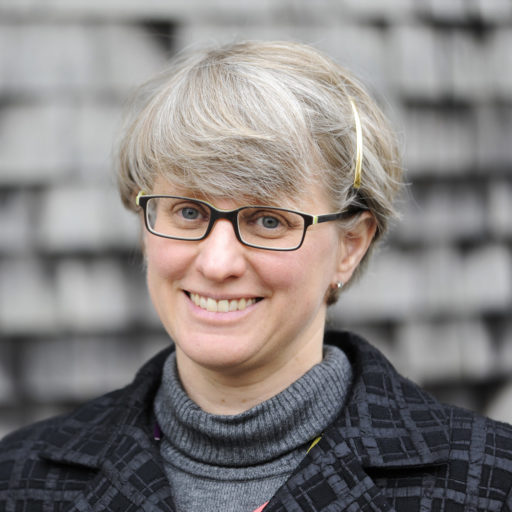