On the 5th of May 2020, the German Federal Constitutional Court (FCC) delivered its anticipated judgement on the PSPP case. This decision once again reveals the problem of autonomy between constitutional orders and the connection between autonomy and conferral. Conflicting methodologies, however, if understood as a criterion to ascertain competence on behalf of one of the autonomous orders, can never be resolved without the definition of a judicial last word.

The judgement of the FCC: autonomy and conferral

After the FCC’s judgement, the blogosphere, as expected, exploded with commentary. For the most part (contrary to Dieter Grimm), commentary criticized the judgement, ranging from full-fledged catastrophists to mild-positivists. It is useless to reproduce the conversations that took place but worth remembering the key-importance of this case-law for the European project.

As it was well explained here, the problem with the Weiss/PSPP judgements is not solely the fact that it is a clash between a constitutional court of a Member State and the CJEU. There have been cases before where constitutional courts of Member States challenged the division of competences under the cover of ultra vires control (see here (Denmark) and here (Czech Republic)). The FCC itself never truly accepted the idea of a primacy of EU Law, and always reserved the right to act under such ultra vires control since the Maastricht judgement, through Honeywell and then in the famous Gauweiler. It is rather that it represents a conflict of autonomous methodologies.

In fact, one thing that has been consistently ignored throughout this discussion is the role that autonomy of EU law might play in all of this. The FCC did to the CJEU what the CJEU did to many international courts, tribunals and other dispute settlement bodies for many years – attack the core of its legitimacy. It used its own autonomy, in the shape of an independent methodology, to strike its blow.

From judicial autonomy to methodological autonomy

As explained in a post by one of us, the principle of autonomy of EU law has been essential to ensure coherence of interpretation throughout the life of the Union. Its genesis lies in the early beginnings of CJEU’s jurisprudence, in core cases such as Van Gend en Loos (‘a new legal order’) or Costa (‘by contrast with ordinary international treaties, the ECC has created its own legal system’). The idea of essential characteristics of the EU, as an innovative and autonomous community of law, set the founding stone for principles such as the primacy or the direct effect and autonomous fundamental rights. The EU Law had primacy over the law of its Member States precisely because the Member States had agreed to create an autonomous body of law whose coherence could only be ensured if there was a higher judicial voice above domestic courts. That voice was ultimately found in the CJEU.

Embedded in this idea, however, there is a connection between autonomy and the principle of conferral. While the latter defines the limits of both constitutional spheres, between the EU and Member States, the former protects them, ensuring uniformity and preventing fragmentation. Above all, autonomy dictated who ruled over each of the defined spheres and kept both constitutional orders happy. This maintained the delicate equilibrium that Joseph Weiler described a long time ago, both on the external and internal dimensions of integration.

Such equilibrium is of course dependent of a tacit consensus, accepted by both constitutional courts and the CJEU, that European and constitutional spheres of autonomy would be kept intact. When the CJEU developed the idea of the respect for constitutional traditions (Omega), later on included in Article 4(2) TEU, the CJEU ensured that the sphere of constitutional autonomy that belonged to Member States remained intact. Likewise, in the Maastricht judgement, the FCC reminded the CJEU that they reserved the power to exercise an ultra vires control, taming potential abuses of conferral by the Union. Both constituted exercises of balancing of a delicate share of competences between two distinct autonomies living side-by-side.

One should, however, distinguish two types of autonomy: a judicial and a methodological.

The notion of judicial autonomy aims at ensuring that, under each of the constitutional orders, there is a court responsible for guaranteeing uniformity of application of that law. This is largely what made autonomy famous. First by protecting EU law from Member States (Odermatt’s internal autonomy) with the CJEU as the engine of European integration. Then by protecting EU law from the threat of globalization and the international legal order (Odermatt’s external autonomy). Here we find vast jurisprudence that includes several Opinions (C-1/91, C-1/00, C-1/09, C-2/13 and C-1/17) and contentious cases such as Mox Plant or Achmea. In both moments, however, one thing was clear: judicial autonomy of the EU meant that the CJEU had the last word (Article 344 TFEU).

In simple terms, in the EU legal order, judicial autonomy gives the CJEU the sole power to state the right answer to a specific case, while methodological autonomy ensures that the means to arrive to such answer cannot be contested.

However, with this PSPP judgement, the FCC challenged this last assertion. It questioned the competence demarcation established by conferral by attacking the methodology followed by the CJEU. By doing this, the FCC is striking at the core of the autonomy social contract and jeopardizing the equilibrium.

This methodological assault is clear when considering the judicial exchange in Weiss/PSPP. Indeed, the framing of the third and fourth preliminary questions suggested how the German constitutional justices aimed at connecting conferral and proportionality. The CJEU refused to mix up both principles, verifying first conferral (Weiss, 53-70), then proportionality (Weiss, 71-100). Convinced that conferral should incorporate a comprehensive proportionality assessment, and unhappy with the CJEU’s methodology as regards to the latter, Karlsruhe cried ultra vires (PSPP, 123). Canonically, however, from an EU Law perspective, proportionality regulates the exercise of an EU competence, but it does not define the existence thereof. In other words, if an EU act breaches proportionality it would be disproportionate and, consequently, invalid, but not necessarily beyond the EU’s conferred powers.

The competence conundrum at the heart of the Weiss case can be understood as one of indirect legislation in a broad sense, meaning the adoption of federal acts where the federal direct competence is limited. The EU has a competence on monetary policy and acts based on such competence may (or rather will) pursue, indirectly, other objectives, say economic policy objectives. These phenomena raise one of federalism’s existential questions: if the exercise of a competence will, by nature, willingly or unwillingly, pursue other objectives, what good is conferral? Conferral contains, to some extent, the vertical spill-over between fields of competences, but it does not eradicate it. As Alan Dashwood explains, conferral is ensured by a certain drafting technique, detailing the provisions constituting the legal bases authorizing action in a determined policy area or in pursuance of a determined objective, and no other. Text, however, has its wittgensteinian limitations and, consequently, so does conferral.

Should other principles (say proportionality) step in? Some might sustain (in part correctly) that some form of proportionality reasoning took place in the leading case on conferral invalidation, Tobacco Advertising I. In that instance, the CJEU had found, after all, that the EU act exceeded the scope of the action permitted by the legal base, Article 114 TFEU. We find, however, that the CJEU only tested, for that purpose, suitability. Indeed, according to the CJEU’s conferral methodology, if the legal base is drafted in view of the pursuance of an objective (which ultimately every legal base is, difference lying in the vagueness of the text), the derived legal act should, in this way, be suitable to pursue such objective. It would be, in this sense, almost a syllogistic imperative to confront the meaning of the conferring provision with the derived act. Indeed, if the conferring provision is defined by an objective, then suitability would become the ‘lever’ for the judicial syllogism. The legal base, as authoritatively interpreted, will pursue a certain objective and in order to respect conferral the adopted act would have to be suitable to pursue such objective. In the case of Directive 98/43/EC, the CJEU ultimately found, via suitability, that prohibiting certain forms of advertisement “in no way [helped] to facilitate trade in the products concerned” (Tobacco Advertising I, 99) and, thus, such obligation breached conferral. And so went the reasoning in Weiss, this time favoring validity and employing a lower intensity of review: as it does not appear manifestly inapt at the maintenance of price stability, Decision (EU) 2015/774 falls within the sphere of monetary policy competences (Weiss, 57), a conclusion which is independent of possible economic policy spill-overs (Weiss, 58 et seq.).

But should a proportionality reasoning during a control of conferral go beyond the test of suitability? Considering the CJEU’s methodology, in an instance of conferral control, no. Indeed, there would be no syllogistic purpose for necessity, let alone reasonableness.

Examining the PSPP judgment, after stating that a “generous interpretation of the specific competence conferred may, to a certain extent, be compensated by a sound proportionality assessment” (PSPP, 128), the constitutional justices ultimately decided that the CJEU’s application of the principle of proportionality, specifically of the test of reasonableness, did not fulfil an alleged ‘corrective function’ for the purposes of safeguarding the competences of the Member States (PSPP, 133), confirming, in this way, Karlsruhe’s own (from an EU Law point of view, questionable) methodology regarding conferral. Ultimately, thus, this constitutional clash amounts to a conflict of methodologies, not regarding proportionality, but conferral. Who is right, or, more importantly, who gets to decide who is right?

Resolving the problem: the definition of a last word

This conundrum of methodologies is actually a conflict between two autonomous legal systems. The problem cannot be simply resolved by resorting to norms such as 344 TFEU, as this belongs to one of the systems. It is therefore urgent to define a judicial last word that resolves such conflicts. Only this will prevent decisions such as PSPP that ultimately challenge the power of the CJEU and its methodological autonomy. We therefore urge legal scholars to come up with innovative solutions, such as the one proposed by Joseph Weiler and Daniel Sarmiento, to bring legal and methodological certainty to the EU. Only such solutions might serve to rebalance the autonomy’s equilibrium and reestablish the balance of legitimacies between the EU and Member States. 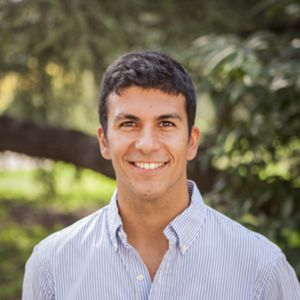 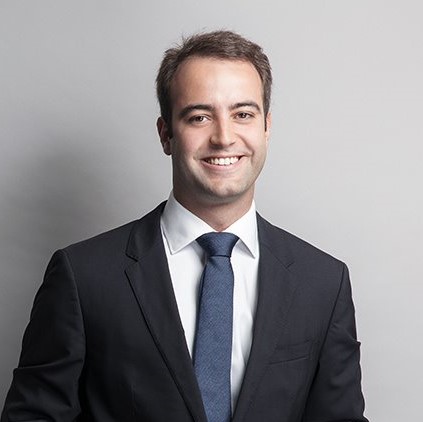 Other posts about this region:
English Articles, Europa 2 comments Join the discussion
Go to Top