Legal Requirements for the EU-Turkey Refugee Agreement: A Reply to J. Hathaway

There are many open questions and objections against the EU-Turkey deal on an agreement whose details are yet to be negotiated to manage the Syrian refugee crisis. In particular on the reciprocity part: could the agreement as an easily available tool by Turkey to blackmail visa liberalization and progress in the EU Accession negotiations? How will the EU make sure the proper treatment of all returnees? How is the resettlement of   refugees from Syria to the EU (and to Germany) going to take place?

James Hathaway on this blog has listed three legal requirements for the agreement to be legal. In my view none of these are likely to block an agreement.

Ad 1: James Hathaway argues that any individual is entitled to decide for him/herself where to seek recognition as a refugee and therefore efforts to preclude would-be refugees to reach Greece would be in violation of the Convention.

This conclusion cannot be derived from the Convention. True, nobody can be forced to file an asylum claim in a specific country. That does not mean however that there is a freedom of choice where to seek protection.   The Convention does not provide a right of admission to those who have not yet reached a border where entry may be requested for the purpose of international protection.

The only individual right is the right not to be refouled (expelled or returned) to a country of persecution or inhuman or degrading treatment. There is no obligation to assist in reaching a border post or point of entry for the purpose of filing an asylum claim. That applies definitely for any action outside the Greek territory. But even within the highly controversial territorial waters off the Greek island it is at least doubtful whether EU cooperation with Turkey in establishing a more effective border control to prevent those not in possession of the necessary documents to enter the EU triggers the application of the Geneva Convention.

Art.31 of the Convention does not support such an assumption providing for impunity for those coming directly from a territory where their life or freedom was threatened – which is clearly not the focus of the draft agreement. Even the EctHR’s Hirsi judgment of 2012 cannot be interpreted as a right to admission to the EU for the purpose of filing an asylum application. Non refoulement is clearly limited to an exercise of quasi territorial jurisdiction and the obligation not to transport boat refugees to a country where they would in all likelihood face inhuman treatment as a direct result of such action.

Ad 2: James Hathaway argues that Turkey would have to withdraw its geographical limitation. This is clearly not the legal position of the EU and neither a requirement of international refugee law for the application of a safe third country concept. Art. 38 of the Procedures Directive 2013/32 defines the concept of safe third country explicitly with regard to the material obligations of the Convention including non-refoulement and receiving protection “in accordance with the Convention”.

One may argue on the interpretation of this provision. It is fairly clear however from the comparison with the “concept of European safe third country” in Art 39 that a ratification without a geographical limitation is not required. Nevertheless, Turkey must meet in substance the material standards of the Convention which may raise issues, particularly with regard to non-Syrian refugees under the new Turkish legislation of 2014 (see N. Eksi, The New Turkish Law on Foreigners and International Protection , 2014, p.83 ff).

Ad 3: The third legal barrier exposed by Hathaway is the jurisprudence of the European Court of Human Rights on the prohibition of collective expulsion of aliens under Art. 4 Prot.No. 4.

Hathaway mentions slight doubts on the reasonableness of this jurisprudence with respect to responsibility sharing agreements. Hathaway is right. But not only with respect to the requirement of an individuated assessment of an applicant’s circumstances to such agreements. The Courts application of the prohibition of collective expulsion to border control and rejection largely ignores the wording and purpose of the provision.

Expulsion affects the situation of aliens who have already acquired some kind of a residential or at least tolerated status. It is reasonable and at the heart of Art. 4 that a decision of removal must take into account the individual circumstances of each case. Rejection of persons at the border or prevention of illegal entry by return is a completely different matter.   It does not generally require an individual examination of the circumstances of each case. If a question of non-refoulement arises it is the non-refoulement clause and its procedural implications which regulates the procedural requirements rather than Art. 4.

Yet, even if Hirsi and subsequently Klaifia v. Italy (Nr. 16483/12 ) are taken at its face value it is highly doubtful whether the Court will strike down a EU-Turkey agreement on responsibility sharing for potential asylum seekers on the ground that it does not provide for an indiduated assessment of all circumstances of a case – provided that Turkey can be reasonably assumed to comply with its obligation to grant protection to all persons returned (rather than expelled) under the agreement. 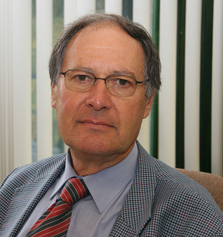 Other posts about this region:
English Articles, Europa, Türkei 6 comments Join the discussion
Go to Top