Following its spectacular plunge from grace in 2008 when its banking system crashed, inflicting huge damage on foreign creditors as well as on local residents, Iceland caught attention for trying to come to grips with what happened by bringing court cases against bankers and others allegedly responsible for the crash as well as for inviting the people of Iceland and its directly elected representatives to draft a new post-crash constitution designed inter alia to reduce the likelihood of another crash.

Up against the wall, with throngs of protesters boisterously banging their pots and pans in parliament square in Reykjavík, the post-crash government formed in 2009, to its credit, set the process in motion. A National Assembly was convened comprising 950 individuals selected at random from the national registry. Every Icelander 18 years or older had an equal chance of being selected to a seat in the assembly. Next, from a roaster of 522 candidates from all walks of life, 25 representatives were elected by the nation to a Constitutional Assembly to draft a new constitution reflecting the popular will as expressed by the National Assembly. Believe it or not, the Supreme Court, with eight of its nine justices at the time having been appointed by the Independence Party, now disgraced as the main culprit of the crash and in opposition, annulled the Constitutional Assembly election on flimsy and probably also illegal grounds, a unique event. The parliament then decided to appoint the 25 candidates who got the most votes to a Constitutional Council which took four months in 2011, as did the framers of the US constitution in Philadelphia in 1787, to draft and unanimously pass a new constitution. The constitutional bill stipulates, among other things: (a) electoral reform securing ‘one person, one vote’; (b) national ownership of natural resources; (c) direct democracy through national referenda; (d) freedom of information; and (e) environmental protection plus a number of new provisions designed to superimpose a layer of checks and balances on the existing system of semi-presidential parliamentary form of government. The preamble sets the tone: “We, the people of Iceland, wish to create a just society where everyone has a seat at the same table.” The people were invited to contribute to the drafting through the Constitutional Council’s interactive website. Foreign experts on constitutions, e.g. Prof. Jon Elster of Columbia University and Prof. Tom Ginsburg of the University of Chicago, have publicly praised the bill and the democratic way in which it was drafted.

Even so, it was clear from the outset that strong political forces would seek to undermine the bill. First, there are many politicians who think it is their prerogative and theirs alone to revise the constitution and view the National Assembly and the Constitutional Council elected by the people and appointed by parliament as intruders on their turf. Second, many politicians rightly worry about their reelection prospects under ‘one person, one vote’. Third, many politicians fear losing their clout with more frequent use of national referenda, and also fear exposure under a new freedom of information act. For example, a crucial telephone conversation between the prime minister and the governor of the Central Bank in the days before the crash in 2008 is still being kept secret even if a parliamentary committee has demanded to hear a recording of it. Last but not least, many vessel owners dislike the prospect of being deprived of their privileged and hugely profitable access to the common-property fishing grounds. As a matter of public record after the crash, politicians and political parties were handsomely rewarded by the banks before the crash. It does not take a rocket scientist to figure out that vessel owners must have likewise treated politicians and political parties generously in the past, an umbilical cord that many politicians clearly want to preserve.

In sum, it was clear that in a secret ballot the constitutional bill would never have had a chance of being adopted by parliament, not even after the national referendum on the bill on 20 October 2012 where 67% of the electorate expressed their support for the bill as well as for its main individual provisions, including national ownership of natural resources (83% said Yes), direct democracy (73% said Yes), and ‘one person, one vote’ (67% said Yes). But the parliament does not vote in secret. In fact, 32 out of 63 members of parliament were induced by an e-mail campaign organized by ordinary citizens to declare that they supported the bill and wanted to adopt it now. Despite these public declarations, however, the bill was not brought to a vote in the parliament, a heinous betrayal – and probably also an illegal act committed with impunity by the president of the parliament. Rather, the parliament decided to disrespect its own publicly declared will as well as the popular will as expressed in the national referendum by putting the bill on ice and, to add insult to injury, hastily requiring 2/3 of parliament plus 40% of the popular vote to approve any change in the constitution in the next parliament, meaning that at least 80% voter turnout would be required for a constitutional reform to be accepted in the next session of parliament. The politicians apparently paid no heed to the fact that under these rules Iceland’s separation from Denmark would not have been accepted in the referendum of 1918. In practice, this means that we are back to square one as intended by the enemies of the new constitution. There is faint hope that the new parliament will respect the will of the people if the outgoing one failed to do so despite its promises. In her farewell address, the outgoing Prime Minister, Jóhanna Sigurðardóttir, declared this to be the saddest day of her 35 years in parliament. 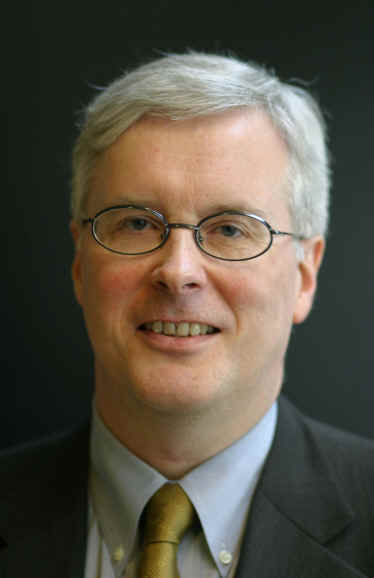