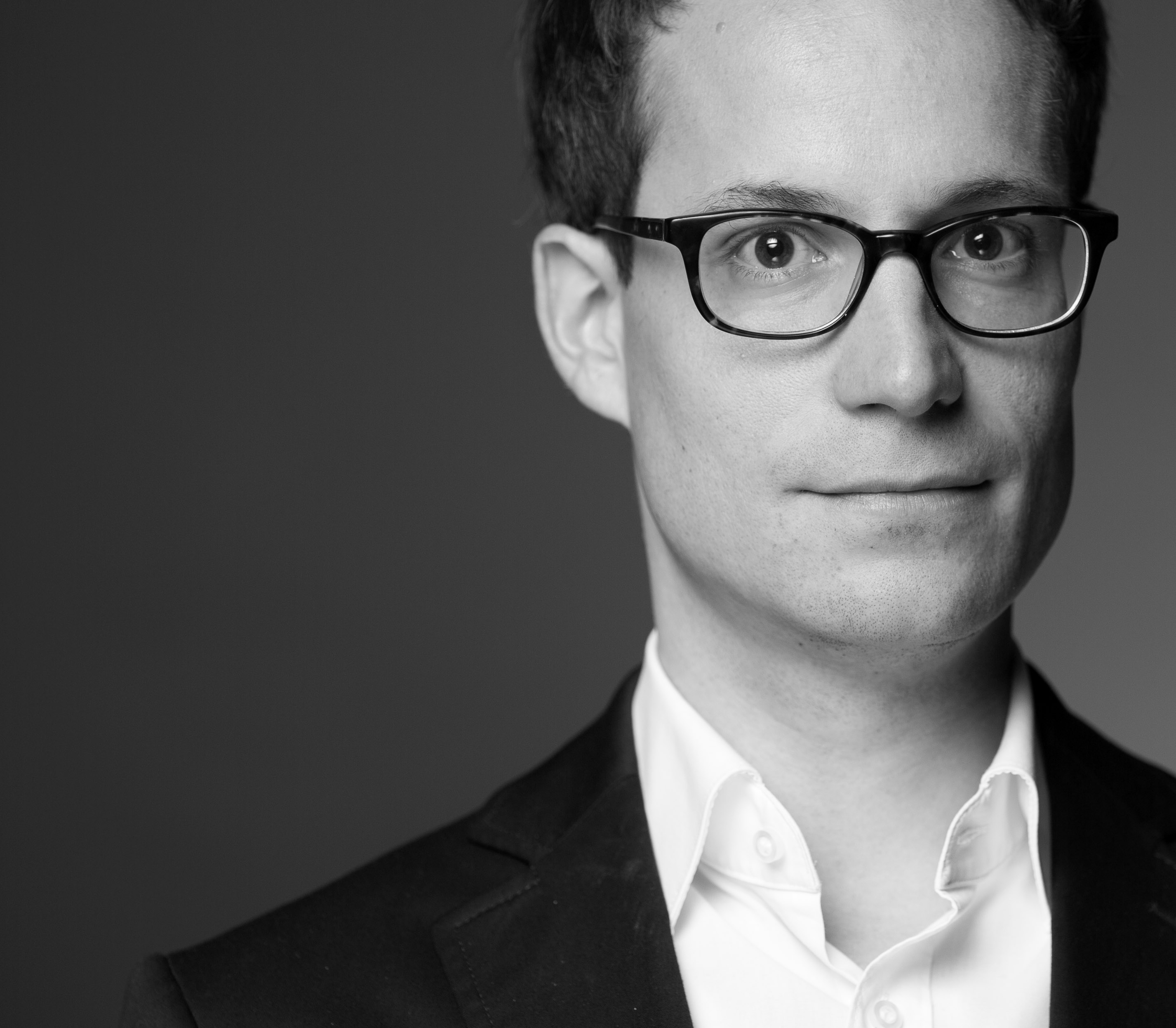 Matthias Goldmann is a Junior Professor of Public International and Finance Law at the Goethe University of Frankfurt/Main and a Senior Research Fellow at the Max Planck Institute for Comparative Public Law and International Law in Heidelberg.

SHOW ALL ARTICLES OF
Matthias Goldmann

Yesterday, on the day of ferragosto, the turning point of Summer, when people in Italy traditionally gather at the beaches, the case of Italy’s opponents in monetary policy against the European Central Bank’s policy of Quantitative Easing (QE) reached a turning point of its own. The Bundesverfassungsgericht (BVerfG) referred the case to the European Court of Justice (ECJ), staying its case while asking the ECJ for an expedited procedure. This is only the second referral of the BVerfG after the case concerning Outright Monetary Transactions (OMT), in many respects the blueprint of the present case.

While the OMT program consisted in the mere announcement that the European Central Bank (ECB) would make selective purchases of sovereign bonds of countries receiving ESM funding in case distortions on the sovereign bond market would hamper the transmission of monetary policy, QE has had far more incisive practical implications. Since late 2014, the ECB has purchased all sorts of assets to reach its inflation target of close to 2% in a period of low inflation and equally low inflation expectations. Within that framework, the ECB launched a Public Sector Purchase Program (PSPP) in early 2015. This program empowers the ECB and the National Central Banks (NCB) which are part of the European System of Central Banks (ESCB) to purchase government bonds and bonds of other public entities. The program’s dimensions are gargantuan. As of May 2017, the volume of government bonds purchased under PSPP had reached over 1.5 trillion euros. These purchases do not focus on countries with particular debt problems. Rather, the ESCB buys the bonds of eurozone members in proportion to their share of the capital of the ECB.

As in the OMT case, the BVerfG suspects the ECB of, first, exceeding its monetary policy mandate (Arts 119 and 127 TFEU), claiming that the fiscal effects of QE would allow qualifying it as an economic policy measure; and second, of engaging in illicit government financing in contravention of Art. 123 TFEU. But in another respect, this time is different. The referral of the OMT case triggered a winter of discontent between the two courts. Karlsruhe’s referral had left no doubt that it considered the OMT program to be in violation of the Treaty. It went as far as to “suggest” to the ECJ a downsized version of OMT – at the threat of disobeying the ECJ should the latter decide otherwise. In response, it got a dressing-down of sorts. After a choked statement by Advocate General Cruz Villalón, the ECJ coldly rejected the BVerfG’s view, conferring upon the ECB a large margin of discretion to determine its monetary policy. Monetary policy measures, it stated, could very well prompt effects for economic policy, including the fiscal situation of the Eurozone members, as long as the ECB plausibly pursued a monetary policy objective and made proportionate use of monetary policy instruments. The BVerfG grudgingly complied.

It seems that the BVerfG has learned a lesson. Yesterday’s referral sets a completely different tone. It reads like a modest and balanced plea for judicial dialogue, rather than an indictment. Fifty years after the original event, a new Summer of Love seems to thrive between the highest judicial bodies. It shows no traces of the aplomb with which Karlsruhe presented its stance to Luxembourg three years ago. Instead, the BVerfG leaves all doors open. Virtually every conclusion it reaches on the 63 pages of its decision is relativized and framed as a possibility, a probability, a prospect, not as an assertive truth claim. One might believe that the BVerfG takes precautions against another blow, ensuring ways to save its face. While there would be nothing wrong with that, one might also give the new tone a more generous reading as a sign of the BVerfG’s awareness of its own fallibility. That seems to be a fruitful attitude, both for judicial dialogue and for the review of monetary policy that ventures into untested waters.

Despite the conciliatory wrapping, the BVerfG does not lack the necessary clarity in casting doubt on the legality of QE. Concerning the issue of illegitimate government financing (Art. 123(1) TFEU), the BVerfG parts with the assumption that secondary market purchases of government bonds should not undercut the prohibition of primary market purchases. It argues that this might be the case here. With the overall monthly volume of purchases and its distribution among the eurozone members being known, it does not require extraordinary mathematical talent from market participants to calculate the volume of debt which the ECB will absorb of each eurozone member per month. Also, the sheer volume of QE has led to a shortage of qualifying debt instruments. As a consequence, market participants could expect with certainty that the ECB would buy their qualifying bonds. Hence, it might be possible that secondary market purchases are effectively like purchases on the primary market, thereby jeopardizing price discovery. The BVerfG considers this assumption corroborated by the fact that the ECB makes a secret of the blackout period which needs to pass between the emission and the purchase, the fact that QE does not have a date of expiry, and that the bonds purchased so far have been held to maturity.

The referral seems to raise two controversial points which the ECJ will have to clarify. The first concerns the extent to which the ECJ’s findings in its OMT judgment of 2015 are relevant for QE. In that respect, the BVerfG does not explore some crucial differences between the two programs. OMT was intended to undermine supposedly irrational, speculative developments on sovereign debt markets. It therefore had to be clandestine, without any upfront limitation of its volume – something which the BVerfG hardly could accept – and no information about potential purchases. By contrast, QE is meant to affect the decisions of supposedly rational investors and consumers. It is set to manage their expectations. That requires a great deal of reliability. The information about the astronomic volume and about the volume of monthly purchases serves that purpose. That this migth lead to great levels of certainty among investors is thus the direct consequence of the specific objective of QE. If one considers QE to be admissible at all, which the BVerfG explicitly does, this appears almost inevitable. Whether certainty about ECB purchases will undermine price discovery to an extent relevant under Art. 123(1) TFEU is up for the ECJ to decide. However, one should bear in mind that the ECB only buys a maximum of 25% to 33% of qualifying bonds, leaving the private sector with enough risk to shoulder in case of a restructuring. It should therefore not surprise that, as the ECB claims, spreads between different bonds still reflect differences in economic fundamentals.

The second point concerns the standard of review applicable to monetary policy. This is a general point of great interest. Not only in the OMT case, but also in the recent decision concerning the classification of German L-Bank as an entity to be supervised by the Single Supervisory Mechanism, the ECJ granted the ECB a large margin of discretion (see here for a comment by Tobias Tröger). One cannot blame the BVerfG for wondering whether there is any limit to that discretion and whether it is possible at all to exercise judicial review. It adds that German constitutional law considered ECB independence as an exception to the principle of democratic legitimacy, which would only be acceptable insofar as the ECB was subject to strenuous judicial review.

Two observations are in order in this respect. First, one might wonder whether the principle of democracy under German constitutional law should actually provide the standard by which the ECB is to be measured. Monetary policy is an exclusive competence of the European Union. ECB independence thus constitutes an exception to the ordinary legislative procedure, and especially from executive rule-making and decision-making by the Commission. The principle of democratic legitimacy by which the ECB is to be measured is thus the one of European law, stipulated in Arts 9-12 TEU. Legitimacy of Union acts is different; the Commission is neither appointed nor controlled in the same way as the government of a member state. It is therefore unfair to measure the ECB’s legitimacy by that standard. That does not say that the legitimacy of the ECB and the Commission is satisfactory. To the contrary, there are good reasons to cast doubt on that. But that is a different debate from the one about the standards by which the ECB should be held to account. Comparing the ECB to the Commission, one might wonder whether de lege ferenda the ECB should not get a framework for the adoption of programs like OMT or QE resembling the framework adopted under Art. 291(3) TFEU for the Commission’s implementing powers – which would of course have to give due consideration to the independence of the ECB. Also, the ECB has to give reasons under Art. 296(2) TFEU, as the ECJ established in the OMT case. This would require showing how it checks the proportionality of QE.

The second observation concerns the delimitation of powers between the ECB and the courts. The BVerfG provides little insight how tight judicial review could be exercised over the ECB without encroaching upon its autonomy in monetary policy matters – and thus upon the very essence of central bank independence. Tight control seems only feasible if monetary policy was an objective, mathematical craft. This, however, is not the case. Different approaches to monetary policy and the high level of uncertainty surrounding its effects make it very difficult to determine in a marginally objective way whether a specific monetary policy is proportionate without engaging in monetary policy. Such determinations presuppose projections of past and future developments – including about the potential effects of tapering QE – which courts simply should not make. Instead, courts could do the public a great service by defining standards of justification and procedure for the ECB.

Thus, procedural strictures are the avenue which separates the Summer of 2017 from the Summer of 1967 where anything goes. This avenue seems apposite for our state of permanent insecurity, not only in monetary policy matters, as procedures are open-ended. But they require rational discourse, dialogue and cooperation, hence a spirit of cooperation that cannot be taken for granted any longer in Europe in the year two before Brexit. One cannot avoid the impression that this might have had an impact upon the BVerfG’s conciliatory tone. Honni soit qui mal y pense.

This article is a crosspost from SAFE Policy Blog and is republished here with kind permission by the author.