The Death of Law and Equity

On the same day, the U.S. Supreme Court issued decisions governing requests for emergency stays of two rules protecting Americans from COVID 19. Both rules relied on very similar statutory language, which clearly authorized protection from threats to health. Both of them presented strikingly bad cases for emergency stays. Yet, the Court granted an emergency stay in one of these cases and denied it in the other. These decisions suggest that the Court applies judicial discretion unguided by law or traditional equitable considerations governing treatment of politically controversial regulatory cases.

In NFIB v. OSHA, the Court stayed a rule insisting that large employers require either vaccination or testing and masking of their employees, but it denied a stay of a rule demanding vaccination of employees of hospitals in Biden v. Missouri. Both decisions purported to focus exclusively on the central question administrative law cases always raise, “does the governing statute authorize the regulations?”, thereby declining to employ the ancient equitable principles that limit emergency stays.

From a legal standpoint, both cases should have been easy wins for the government. The statutory provisions authorizing these standards contain similar language authorizing the executive branch to protect people from health hazards. The hospital rule relied primarily on a statutory provision authorizing “requirements . . . necessary” for the “health and safety” of patients. 42 U.S.C. § 1395x(e)(9). The Occupational Safety and Health Act (OSH Act) authorizes rules “necessary” to protect “employees” from “grave danger from exposure to . . . new hazards” in order to provide employees with “healthful employment.” The statutes contain some differences, but these differences do not explain the disparate results in the two cases. The OSH Act only authorizes emergency standards for “grave” dangers, not protection against minor dangers. But the Court did not deny that COVID-19 poses a grave danger in the workplace. Also, the parties protected are different. The Medicare and Medicaid statutes authorize protection of patients whereas the OSH Act protects employees. In neither case did the Court claim that the rule failed to protect the relevant beneficiaries.

Neither statute, however, prohibits protecting the target groups when the protections help others or where identical harms exist outside the workplace. The medical statute does not forbid protecting patients with means that also protect health care workers and the general public. And similarly, the OSH Act does not prohibit using measures that also protect employers and the general public. By treating one rule as legal and the other as illegal, the Court made a discretionary judgment that had nothing to do with the language (or the goals and structure) of the statutes it claimed to interpret. In one case, it was willing to allow the policies Congress had chosen to govern and in one case it was not.

Because emergency stays are considered extraordinary, courts usually do not grant them unless fairness and equity clearly favor them, even if a party seeking a stay might have a plausible case on the merits. The equities strongly favored the government. Issuing injunctions in the two cases, would, according to the record, likely kill thousands of people and lead to hospitalization of tens of thousands more (hundreds of thousands if the injunction killed the rule instead of triggering a few months of litigation). While a court would also have to consider the inconvenience and cost to those challenging the requirements, it’s hard to see how that could outweigh an effort to cope with a public health crisis of the magnitude of COVID. Confronted with this formidable barrier to treating a request for deregulation as an emergency justifying the extraordinary remedy of a stay prior to decision, the Court simply abandoned fairness and equity. Ignoring centuries of jurisprudence insisting that courts must consider equities in deciding whether to issue an injunction, the Court haughtily declared, “it is not our job to weigh . . . tradeoffs,” thus sounding modest while shucking the standards governing requests for an emergency stay.

Because the Court relied only on the merits, its stay probably killed the OSHA rule permanently. The Biden Administration may well abandon the litigation since it is likely that the Court will finally strike down the OSHA rule after declaring that OSHA is “unlikely” to prevail on the merits.

The two cases suggest a return to a Lochnerian approach to administrative law prevalent in the early 20th Century. During the Lochner period, the Court sometimes substituted its own laissez-faire views of reasonable regulation for those of an agency and of Congress. The leading regulatory cases evincing this view were Adkins v. Children’s Hospital, which struck down a minimum wage for women, and Smyth v. Ames, a utility rate-making case. Congress and the Court repudiated the Lochnerian approach during the New Deal, evidently having concluded that the Court had enacted its prejudices into law. The Administrative Procedure Act codified this rejection of judicial activism, confining courts to deciding whether administrative rules were contrary to law or arbitrary and capricious.

In OSHA, the Court announced a policy of its own not supported by a shred of statutory language. The OSH Act, said the Court, may not regulate “universal risks,” meaning risks that exist inside and outside the workplace. But the Court could not justify or adhere to such a reading of the statute, which contravenes decades of precedent accepting regulation of carcinogens and other substances that pose occupational risks while also posing risks to the general public. So, it admitted that regulation of the “universal risk” of COVID in “particularly crowded or cramped” workplaces is “plainly permissible.” While it did not use the word “reasonable” in its opinion, it held, in effect, that OSHA’s conclusion that workers face special risks because they have to work in proximity to others is unreasonable. Normally, the question of whether an agency properly exercises discretion it clearly has under a statute is resolved through an arbitrary and capricious test, but the Court silently cast that aside as well.

The Court relied on a new device sometimes called the “major questions doctrine” in OSHA. The doctrine now maintains that in important cases, the President and the agencies that assist him may not faithfully execute general policies enacted into law by the peoples’ elected representatives. The OSHA Court stated, “We expect Congress to speak clearly when authorizing an agency to exercise powers of vast economic and political significance.” Similar statements in previous cases performed a more modest function, overcoming plain language in significant tension with statutory goals or structure.

The Court’s explanation of why the “major questions doctrine” applies to the workplace rule also reveals a Lochnerian bent. The Court’s justification for invoking the doctrine “erected” the political views of much of the Republican Party into law. It claimed that the rule orders 84 million Americans to either obtain a COVID-19 vaccine or undergo weekly medical testing at their own expense.1) The Court sounds a libertarian note, characterizing this requirement as a “a significant encroachment into the lives – and health – of a vast number of employees.” So, the Court concluded that the “major questions doctrine” should apply, because the government had been too intrusive. Similarly, the Lochner-era Court upended progressive regulation that it viewed as impinging unduly on property or liberty interests it read into the Constitution.

Like the Lochner-era Court, however, this Court does not always stop government regulation. For the majority in the Biden case did not apply, or mention, the major questions doctrine.

The Court invented a new approach that focuses on stopping implementing rules it does not like when it perceives of them as different from previous rules issued by the implementing agency. It viewed the hospital rule as congruent with past practice, but not the general workplace rule. OSHA reveals some of the difficulties in this approach. Every application of a rule presents somewhat different problems and therefore will have somewhat different solutions. Whether one characterizes the latest application as new or not depends on which aspects of the rule one wishes to treat as important. Furthermore, doing this well requires a comprehensive detailed knowledge of all previous actions by the agency, which may challenge the capabilities of the courts and even of lawyers who know the statute. The Court in explaining why OSHA cannot “regulate the hazards of everyday life” (during a pandemic no less) suggests that the regulation of crime, air pollution, and communicable diseases would represent novel applications of OSHA’s authority. But OSHA has often regulated air pollution and has previously regulated a communicable disease. Because of the supposed novelty of OSHA regulating “universal risks,” the Court held that COVID is not an occupational danger that OSHA may regulate.

More fundamentally, it’s not clear why novel applications of an agency power should be forbidden if they implement the policies that Congress enacted into law, especially during an emergency. The Court has evidently converted a core tendency of conservatism, resistance to change, into a quasi-constitutional principle impairing the rule of law, destroying fairness, and interfering with self-government.

This development threatens not only the rule of law in the United States, but health and safety around the world. A pending case, West Virginia v. EPA, challenges the Biden administration’s authority to encourage deployment of renewable energy through the Clean Air Act (CAA), and features coal industry briefing that emphasizes the major questions doctrine. Like the COVID cases, it arises in an improbable context, as the Biden Administration has not promulgated a standard limiting utility greenhouse gas emissions. Observers fear broad legislation from the bench preventing faithful implementation of the CAA’s core policies. 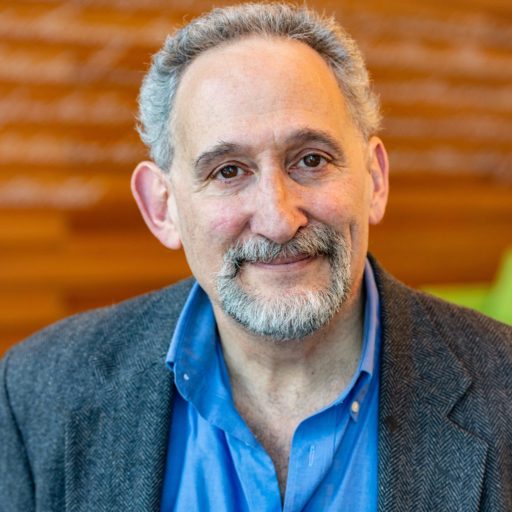