The Good, the Bad, and the Ugly

My name is Anna v. Notz, I have been editor of Verfassungsblog since June and this week I’m following in great footsteps: Max is prevented for family reasons, which is why I took over the editorial this week.

I will try to choose my words carefully, because just this week it has become clear again: Documents, even those sent by e-mail, can be treacherous.

As a reminder: On Monday, an e-mail was published that the spokesman for the Ministry of the Interior in Vienna (BMI) had sent to the press offices of all police headquarters in the country. In it, the department spokesman lamented a „very one-sided and negative reporting on the BMI and the police“ under the heading „Critical media“, naming Standard, Falter and Kurier by name. He took the liberty of „proposing to limit communication with these media to the minimum necessary (as legally prescribed) and not to further hand them candy (Austrian: Zuckerl), such as exclusive reports“. The commotion at home and abroad was great and so Sebastian Kurz felt compelled to clarify on the sidelines of the General Assembly in New York City: „Any restriction of the freedom of the press is not acceptable“. President Alexander Van der Bellen expressed similar views.

But what makes this e-mail from the Ministry of the Interior, which is supposed to be classified as secret, so disturbing?

The relationship between politics and journalism, between politicians and journalists, is always characterized by closeness and distance. Whoever reports on politicians needs information and often gets it from the objects of the reporting itself, which in turn have an interest in telling their version of the story. It’s not necessarily a matter of whispering something to the journalists. But one’s own view of things should at least be heard (gladly also in background talks, „under 2“ or „under 3“). At least with exclusive information the principle of giving and taking applies: Journalists need such „candy“, politicians want to appear – with their contents, their party, their person. It is as normal as it is legitimate that the relationship to some journalists is closer than to others and that this may have something to do with basic political attitudes in addition to personal liking. It is just as understandable that a politician who feels deliberately misrepresented by a report has little desire to talk exclusively to the author of the report again.

So everything is not so bad? Has the department spokesman merely written down what is considered an unwritten comment from the political arena anyway?

No! First of all: the e-mail is not only directed against „critical media“ in general terms, but also provides the distinguishing feature according to which the good and the bad are to be separated from now on. It is bad to make the BMI and the police look negative. It is good to report positively about them. Candy for the sweet! A best-practice example is also provided: The department spokesman expressly praises a documentary series planned for 2019 by the private broadcaster ATV with the beautiful title „Live PD“: The topics are obviously determined by the Ministry of the Interior and each episode is „approved“ in advance – the department spokesman speaks of „image-promoting public relations work“. This appears to be how the FPÖ views the role of the media: Journalism as a booked PR-event. This fits in well with the public relations strategy of the turquoise-blue coalition, which is as controlled and uniform as possible (allegedly the work of around 50 PR professionals). Message control is the creepy keyword (even the Austrian press council warned against such attempts). That sounds suspiciously like the Ministry of Truth …

Nor is it a question of an individual politician’s (and even the Minister of the Interior’s) decision to seek contact with some media rather than others.

Rather, according to the BMI in its first statement, it is about a „uniform appearance of the police and the Ministry of the Interior in certain areas of media work“. The public relations work of the police, however, is particularly sensitive, as it acts as a declaration of armed state authority with special authority. Therefore, it is not only interesting to know which candy is to be withheld from whom in the future, but also what is to be proactively communicated: On the one hand, sexual offences, i.e. those committed in public space or „showing special modes of operandi (e.g. hug scamming)“; on the other hand, the citizenship and possibly residence status of presumed perpetrators. This shows the intention of the e-mail and the mindset of the author: it is not a matter of a mere communication strategy, but of stirring up fears and creating a climate in which the call for the strong state and the security authorities becomes louder. This is the game of right-wing populists that the Trumps, Erdoğans and Orbáns of this world are so successfully playing and in which Austria has obviously been playing along for a long time (the latest information campaign of the Austrian Ministry of the Interior on behavior in the face of rampages and terrorist attacks – including flyers and postcards – is also revealing).

In the meantime, the Ministry has provided a wordy explanation that the e-mail was not intended as an instruction, that the department spokesman was not even authorized to do such a thing, etc. … Instead of assuming responsibility and drawing consequences, a „contribution to the coordination of media work“ is being fabled – message control at its finest. Whether instruction or not: The e-mail clearly aims at a closed attitude of the ministry and police towards the (critical) media and thus at the formation of fronts: On the one hand there is the „we“ from the FPÖ-led Ministry of the Interior and the police, to whose proximity it may contribute that department spokesman Christoph Pölz himself worked for many years in the Vienna Provincial Police Headquarters, so people obviously know each other; and on the other hand there are the „critical media“ who report „negatively anyway“. In this way, the Ministry of the Interior and the police and the „critical media“ are turning themselves into protagonists in the ideological civil war that the right-wing populists would like to wage any political confrontation with.

This is, after all, what disturbs me most about the case of Hans-Georg Maaßen: the president of the Verfassungsschutz (!) gives an interview to the Bild-Zeitung in which he uses right-wing conspiracy theories and determines what is disinformation and what is not. And then, in the Committee on Internal Affairs of the German Bundestag, he spins tales of „a growing uneasiness towards the classical media“ right up to the bourgeoisie. He did not say how he came to this perception. Obviously, however, he shares it: At least, he accused „certain media“, including the Tagesschau, of having reported „obviously uncritically“ in the Chemnitz case – because they had not consulted the responsible security authorities in advance. Otherwise, according to the President of the Verfassungsschutz, the reporting would „certainly“ not have taken place …

Hans-Georg Maaßen now becomes special representative in the Ministry of the Interior. In what exact position, is not clear yet, but PR strategists do not only exist in Austria and they will already think of something beautiful – perhaps „for social cohesion and against fear“.

Meanwhile, the list of countries whose heads of state want to get the independent judiciary off their backs must be extended by another one: After Guatemala’s President Morales, once a fighter against corruption in the country, had himself been targeted by corruption investigations and had requested the UN Commission against Impunity (CICIG) to waive his immunity, he ended the mandate of the commission without further ado and refused the president’s re-entry to Guatemala. The Constitutional Court has now opposed this; a coup by the Morales government against the Constitutional Court is on the table. RENE URUEÑA explains the background to this conflict and why its outcome also depends on the USA.

Hosted for one week by the University of Innsbruck – Faculty of Law and Faculty of Social and Political Sciences – and one week by Eurac Research-Institute for Comparative Federalism, Bolzano/Bozen.

In Germany, in addition to Maaßen, we are mainly concerned with the fate of the Hambach forest, which is to give way to lignite opencast mining. SUE GONZALEZ HAUCK explains why the protests of the opponents of lignite mining are protected by the freedom of assembly against first court decisions (German).

Can Brexit still be stopped? OLIVER GARNER investigates whether the United Kingdom can unilaterally withdraw the application for withdrawal under Article 50 TEU. And JESS SARGEANT, ALAN RENWICK and MEG RUSSEL explain why a new referendum would need new rules.

During the summer, the affair „Benalla“ about the beating bodyguard of France’s President Macron made a big splash. Now the report of a commission of inquiry of the French Senate is available, which shows a whole series of undesirable developments in France’s executive. DENIS BARANGER analyses the impact of the report on the French Constitution (French).

On Wednesday, the Indian Supreme Court ruled again on Aadhaar, according to which every citizen is assigned a personal identification number under which biometric and biographical data are stored. GAUTAM BHATIA gives an overview of the decision and ANAND VERKANT analyses in a first step the actual assumptions underlying the ruling.

The Constitutional Court of South Africa has ruled that former Minister of Social Development Bathabile Dlamini has withheld information from the court in a trial and sentenced her to a cash payment. PIERRE DE VOS explains the decision and asks what consequences it has for the Ramaphosa government, of which Dlamini is still a member.

So much for this week and so much from me – it was an honor and a pleasure! Next week Max will be back at this point.

Thank you very much for your attention and all the best!

P.S.: Just one more thing, because I haven’t had the opportunity to talk to you about it yet, and maybe I won’t have it again so soon, because Max is a workhorse. In order for Verfassungsblog to remain free and independent, we depend on your support. This can be done quite easily – once with a freely adjustable amount or with a promotion subscription. Thank you very much! 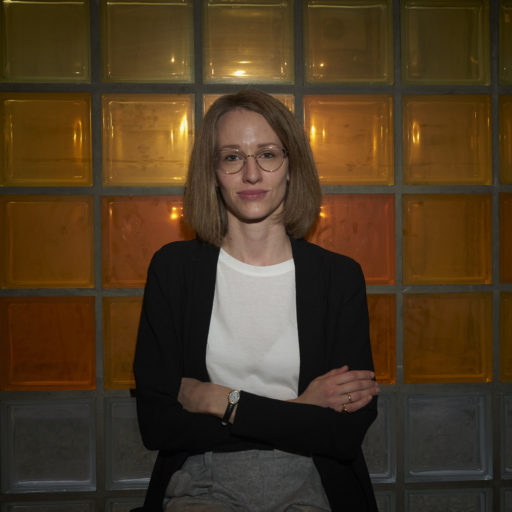 Anna von Notz Dr. Anna von Notz is an Editor at Verfassungsblog. She was a Research Assistant at the Chair of Public Law (Prof. Dr. Christoph Möllers) at Humboldt University Berlin and is currently a legal trainee (Rechtsreferendarin) at the Court of Appeals (Kammergericht) of Berlin.
Other posts about this region:
English Articles, Kolumne, Newsletter 7 comments Join the discussion
Go to Top