In its legal reasoning, this judgment was already flawed. Art. 84.9 of the Constitution, which the Court relied on in order to examine the admissibility of the referral, merely concerns the competencies of the President but it does not relate to the material jurisdiction of the Court. The provision entitles the President to submit to the Court any “constitutional issue”, but this does not absolve the Court from making a finding on its own jurisdiction pursuant to Art. 113.2 and 113.3 of the Constitution. These articles provide for a detailed list of matters the Court is competent to decide on, e.g. questions of the compatibility of laws with the Constitution (Art. 113.2.1) or conflicts among constitutional competencies between state bodies (113.3.1).

As such, the Qeska case would not open a discussion regarding “constitutional questions”, but it served as precedent to broaden the material jurisdiction of the Court. In 2011, the Government of the Republic of Kosovo submitted to the Court a constitutional question regarding the interpretation of the immunity of the President of the Republic, members of the Government and members of Parliament. Again, the Court argued that the Government, among others, may refer constitutional questions to the Court based on the provision that merely defines the Government’s competencies, i.e. Art. 93.10 of the Constitution. In 2014, president Jahjaga filed another referral and asked the Court to interpret if she should nominate for prime minister the candidate from the political party/coalition which has won more votes in the elections, or the candidate from the political party/coalition which represents the majority in parliament. And again, the Court based the admissibility of the referral on the provision relating to the President’s competencies (Art. 84.9) rather than on Art. 113 of the Constitution.

It is noteworthy that the Court worked in parallel in three languages in every case (Albanian, Serbian and English). The Court did not explain in which language the Judge Rapporteur had prepared the preliminary reports and in which language the judgments were initially written. 1) This, however, is a rather important fact, because since the independence of Kosovo, official languages before the Constitutional Court have been Albanian and Serbian. English served as a working language for internal purposes. The Albanian version of the constitution uses the wording “çështje kushtetuse” (constitutional issues) whereas the English text speaks of “constitutional questions” (pyetje kushtetuese). This has been used to mix concepts of constitutional justice and has led to the misconceptions regarding Art. 84.9: The broader term of „constitutional issues“ can in every way be understood as a description of the president’s competences, not as a jurisdictional issue for the court – which is exactly what happened.

But, based on a systematic, grammatical and comparative interpretation of the constitution, these and other similarly submitted referrals by the President of the Republic or the Government should not be considered admissible because of the reasons explained above.

In 2018, president Thaçi submitted two “constitutional questions” to the Court. In the first one he requested an interpretation of the concept of “parliamentary groups”. And in the second one he asked the Court if international agreements have to be ratified by the parliament of Kosovo. The Constitution holds clear answers to both of these questions, but it is an attempt to strengthen his position as head of state. Being a former prime minister, he is not satisfied with being a ceremonial president, commonly known as “state notary”, of a parliamentary republic. 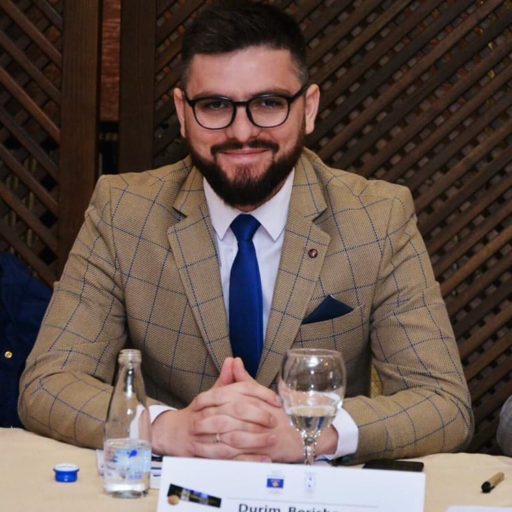 Durim Berisha Durim Berisha is a PhD candidate, Johannes-Rau-Scholar at the Institute of German and International Party Law and Party Research (Heinrich-Heine University Düsseldorf), and a former legal advisor to the Constitutional Court of Kosovo.