The Logic of Patriarchy

With two decisions, the highest court in the U.S. judicial system shed the mantle of law. In Dobbs v. Jackson Women’s Health Organization, the two-thirds majority of five male justices and one female justice of the Supreme Court declared the abortion right, vouchsafed in the legendary Roe v. Wade decision in 1973, to be moot and gave its blessing to Mississippi’s abortion ban. Within just a week, the same majority, half appointed by Donald Trump, tore the controversial right to keep and bear arms from its dogmatic moorings in the Second Amendment. In New York State Rifle & Pistol Association et al. v. Bruen, Superintendent of New York State Police, the court scrapped a New York State law that criminalized gun possession without a permit and made a permit for „public carry“ contingent on a showing of a special need for self-protection. Two rulings – one logic?

With Dobbs, the Supreme Court stripped women of their right to privacy and thus their right to terminate a pregnancy. Of greatest concern should be now what reproductive freedom women in the United States will now be left with. Scholars may speculate about the new legal battleground on which women could obtain medical abortions without a corresponding right. Some of the several states have already prepared laws to outlaw or discourage abortions, other will follow the Dobbs rationale. Anti-abortion networks are threatening to monitor pregnant women and abortion clinics. Consequently, women will probably have to consider travel to Mexico or Canada as another option, if they can afford it. Illegal abortions, out-of-state or out-of-country abortions and their burdens are the price women left unprotected by Dobbs will have to pay.

Roe v. Wade had given the Supreme Court the nimbus of defending women’s rights. This leading decision was similar to the two (arguably overrated) rulings of Brown v. Board of Education, which finally declared racial segregation in public schools unconstitutional in the 1950s, but without eliminating white supremacy. Similarly, the newborn right to privacy – far from an Equal Rights Amendment protecting women – was nonetheless deeply rooted in liberal patriarchy. In a court controlled by nine men, granting women the right to abortion was a matter of optics, especially in light of the following three factors, which become apparent when one compares the legal or judicial regimes governing abortion in other countries: First, physicians, predominantly men, had control over the procedure even after Roe. Second, there was still a stigma attached to (primarily destitute) women who had an abortion. Finally, and third, many individual states in the U.S. did not provide support or social services to women who chose to live with dignity for themselves and their children.

Placing the Supreme Court at the center of the reproductive rights story also reflects how deeply rooted patriarchy was and is in the legal battles (not only in the Roe context): Nine men ruled in the final instance on Jane Roe’s pregnancy. For Dobbs, a majority of five men and one woman have to be held responsible. Admittedly, there have never been more women on the bench than the four justices sitting today. Still, they constitute a minority, especially since arch-Catholic and conservative Judge Amy Coney Barrett will never yield to the temptation to take even an even moderately liberal position. She illustrates that an ascribed female identity does not qualify a judge to defend women’s rights, let alone more radical feminist positions, or egalitarian or anti-patriarchal values. Likewise, Bruen elucidates that an ascribed identity based on skin-color does not help to predict the outcome of a judgment if written by a judge (here Clarence Thomas) who – qua being African American – should be wary of gun rights.

The denial of an individual right to privacy in this case corresponds nicely to the strengthening, indeed one-sided reading of the Second Amendment as a merely individual right to keep and bear arms in the Bruen case.  This Amendment sits at the intersection of history, culture and politics and, admittedly, is not easy to interpret. It reads: „A well-organized Militia being necessary to the security of a free State, the right of the people to keep and bear Arms, shall not be infringed.“ Historically, systematically, and grammatically, this right of the people has always been related to the security of the several states as guaranteed by a militia.  These states were strongly interested in protection from the Union. Not an individual right, therefore. Aware of the traditional right to self-defense at common law, the Supreme Court has followed the „collective reading“ in its jurisprudence for quite some time. It was not until the 2008 Heller decision, affirmed by McDonald in 2010, that the understanding of the Second Amendment as an individual right triumphed because of an astonishing u-turn by those justices who always purported to base their jurisprudence on the original meaning of the Constitution. Bruen now fully unleashes the individual right: The proof of „proper cause“ required by the New York law even from „law-abiding citizens,“ i.e. the special need for self-protection, is now said to violate the right guaranteed by the Constitution to bear arms even in public. Thus, perhaps not entirely coincidentally, the Court compensates the loss of rights women suffer with Dobbs – in the Bruen decision with an extended gun right for typically male gun carriers.

Focusing all hopes on the U.S. Constitution as a commanding text and the Supreme Court as its master interpreter reflects the Constitution’s lofty status as „higher law“ and the Court’s mythic power. Thus, the Court has managed to encode and camouflage its politics over the years. Instead of asking what the document and the Court have done notably for women, African Americans, and members of First Nations, observers wait with hope or trepidation for the new oracle every time the Court is once again expected to rule on what might be legal in a particular case. Even after each scandalous decision, they hope that „the stench generated by this institution,“ as Justice Sotomayor recently put it, will „evaporate.“

The mythic power may now be history, though. Judge Sam Alito’s majority ruling undermines women’s freedom to choose to live with dignity and defies about two-thirds of the U.S. population that held Roe to be an adequate regulation. Dobbs puts U.S. abortion law further behind most other democracies and exposes the raw politics of six radically conservative, not to say right-wing, justices. The „overruling“ of Roe, whose maxim on the status of women might be termed „unprotected but equal,“ should suffice to shatter the already hollow and rotten myth that nine justices speak the law and nothing but the (higher) law. The same is true of Bruen – a decision that, without need and with transparently political justification, favors the carrying of weapons in public. In dual unison, Dobbs and Bruen sound the death knell to a legal system that entitles a high court to restrict women’s reproductive freedom and, by the same token, extends the primarily men’s right to “public carry”. As overtly political measures, both rulings combine a preference for patriarchal society with a bonus for toxic masculinity. It remains to be asked how long the structurally minoritized women justices of the Court will participate in this legitimacy game

A German version of this article has been published with faz.online. 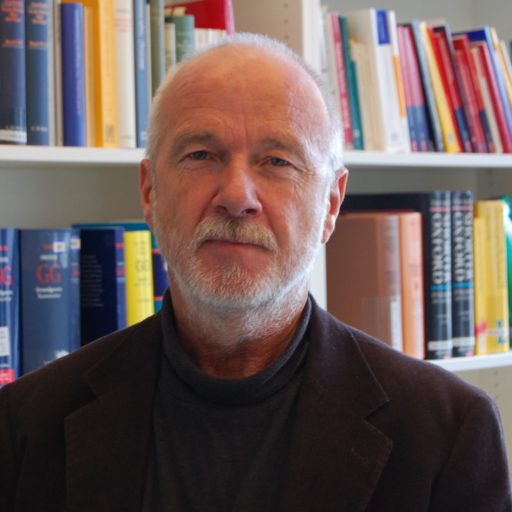