When you think of Europe ten years from now – what is the most striking change you are seeing?

What I see  ten years from now is: 1) less union and more diversity; and 2) less emphasis on territory (i.e., on the states as the exclusive actors of European integration) and more on functional (public or private) associations. As a result, the EU would change from a would-be federation (or quasi-state) to a „club of clubs“, built around specific functions or tasks.

Let’s start with your first point, less union and more diversity. What makes you think so?

The severity of the monetary crisis should not make us forget that the integration project is facing another, potentially even more explosive, problem: the growing economic, social and political diversity of an EU whose membership is still supposed to expand. This is the mistake committed by those who propose a two-speed Europe, with the members of the euro zone forming the avant-garde (e.g., Bofinger, Habermas and Nida-Ruemelin, FAZ of 4 August 2012: „Einspruch gegen die Fassandendemokratie“). Not only is the present euro group already highly heterogeneous; in the future it is bound to become even more diverse, unless the principle of the acquis – which obliges every new member state eventually to join the euro zone – is given up.

What makes you so sure that diversity will grow? Do you think that all efforts to promote economic cohesion and legal harmonization in the EU are bound to be futile?

Diversity between, say, Germany and Greece is already quite large; that between Northern Europe and the future members from the Balkans will be even larger, and there is a definite possibility that also the Ukraine may join. Experts tell us that it will take decades to close the gap, even under the most favourable hypotheses. Think how wide still is the gap between Northern and Southern Italy—more than 150 years after political and economic union! Moreover, when socioeconomic differences are so great, policy and legal harmonization is counterproductive: the traditional one-size-fits-all approach to European integration is obsolete.

What about the other part of the equation? Why less union?

If we want to think constructively about the future of European integration after the crisis of monetary union, we must consider alternatives that are reasonably robust against the two main problems the EU is facing today: excessive centralization in some domains, and a level of internal diversity that is changing the very nature of the enterprise. The mistake is to assume that there is only one kind of union. In fact, before the long century of nationalism Europe was already united: culturally, economically, socially, even politically; but it was a special type of unity that did not exclude frequent, if limited, wars: unity in diversity, embodied in a system of states competing and cooperating with each other.

I don’t quite see how the Thirty-Years War, if that is what you are referring to, qualifies as a “limited” war. But anyway – do you think the pre-modern past of Europe could serve as a model for its future? What exactly do you have in mind?

I am referring mainly to the period between the Peace of Westphalia and the French revolution, the period covered by Eric Jones in his great “The European Miracle” – a book everybody interested in European integration should read. History is important, and Jones explains very well, in terms of economics and of geopolitics, why Europe has always rejected centralization while favouring inter-state competition.

You advocate strongly against a two-speed solution, even while you stress the growing diversity in Europe. How should we proceed, then?

Given the level of socioeconomic heterogeneity, the model of integration à la carte,  advocated by  Ralph Dahrendorf  in the 1970s, looks more flexible, hence more robust, than the two-speed alternative. For Dahrendorf, integration à la carte meant that there would be common European policies only in areas where the member states have a common interest.

So, a functional approach rather than a territorial one?

Exactly. The economic theory of clubs (Majone, „Europe as the Would-be World Power“, 2009, pp.219-222) provides a good conceptual foundation for the functional approach to supranational governance: a Europe of “clubs” — a club of clubs – organized around functional tasks. In the terminology of the economic theory of clubs, a “club good” is a public good from whose benefits individuals may be excluded — e.g., if they are not willing to contribute to the common effort. An association established to provide excludable public goods, i.e., club goods, is a “club”. Monetary union was conceived as a public good: all member states were expected to join. Today’s euro zone is a club.

How would that Europe of clubs look like, institutionally? Would there be room for a parliament? For a powerful commission? For union citizenship?

The main task of the Commission would be to ensure that competition – not only economic but also intergovernmental competition – produces stable outcomes. The rules of economic competition would have to be expanded to cover also intergovernmental and inter-institutional competition. If Brussels would concentrate on this task instead of pretending to be a quasi-government, the financial, legal, and legitimacy resources at its disposal would be sufficient. The national parliaments, rather than the EP, would play a key role. Union citizenship would be comparable to citizenship in the Roman empire. Remember Saint Paul’s “civis romanus sum”!

As opposed to citizenship in the national sense?

As distinct from national citizenship; ditto for all the other imitations of national symbols: European flag, common passport, etc.

Would a Europe of clubs still be a powerful organism, politically?

Of course, as long as there is clear evidence of sufficient popular support for what it is doing. The Single Market project, for example, seems to enjoy broad support even in Euro-sceptic countries. Hence, this would be a natural starting point from which to assess the extent of democratic acceptance of further movement towards closer integration.

How do you measure democratic acceptance? By polls?

Primarily by referenda. There are good reasons why EU leaders and European institutions are so afraid of them.

Up until now the community method worked the other way around, didn’t it? First action, and if it’s successful people will accept it. Do you think this method has come to an end?

The Community method is obsolete; it embodies the one-size-fits-all approach and it violates basic democratic principles. Monnet’s operational principle was fait accompli: “the people weren’t ready to agree to integration, so you had to get on without telling them too much about what was happening” (Pascal Lamy).

Usually, people don’t care much about European policy debates. Who is to blame for that?

Everybody: European institutions, national governments, students of European integration. Until the euro crisis, the political culture of European integration was one of total optimism. Reaching agreement was already considered success; in other words, the criteria of evaluation were process- rather than outcome-oriented. After the euro crisis this approach is no longer possible. Once decisions about the extent of integration are no longer taken in camera but are submitted to the decision of the voters, however, the provision of correct information about expected benefits and costs, about successes and failures, becomes truly indispensable. Even in case of a project like the Single Market, the general public should know that the promise of reaching that goal by 1992 is still far from being fulfilled.

The services sector contributes more than 70 % of GDP in all advanced economies. This sector is still growing, but it is largely regulated at the national level, as the Commission had to admit in 2010. A single market in services is not achievable because of deep-rooted differences of historical and cultural traditions, as well as in levels of economic development. Fazit: we have less of a “common market” today than 20 or 30 years ago. What the member states of the EU need today is not more top-down, one-size-fits-all harmonization, but more flexibility and inter-state competition.

So, basically you view the EU in 2023 as a sort of intergovernmental agency that punctually coordinates state cooperation where such coordination is required and that has forgone all federal ambitions? Is that it?

I see the Commission as a strong monitor of inter-state and inter-jurisdictional competition, as well as the manager of common (i.e., generally supported) projects. National parliaments should be much more involved. I never saw a convincing argument in support of federalism in Europe. Even Habermas, Schaeuble and company keep repeating that they are not advocating a federation. Unfortunately, they never tell us what they want, but in practice they propose more of the same

Don’t you feel a bit sad by that prospect?

It is difficult to be sad about something unfeasible. Hegel was not sad  when he described the German-Roman Empire as “ein Staat in Gedanken und kein Staat in der Wirklichkeit”. I am not sad but disgusted with all those who keep talking about European integration without explaining why Europe cannot have a truly integrated foreign and security policy. With a truly common foreign policy we could have a European confederation (Bund) if not a federation. 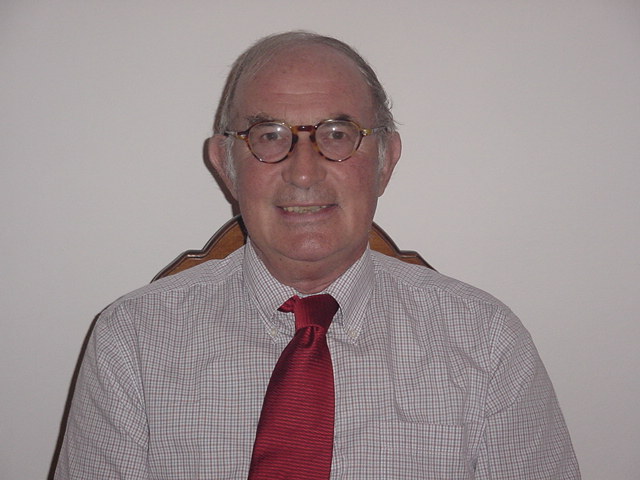