Transplanting the Law of Policing? – Comparative Legal Reflections on a Symposium with Barry Friedman

Can the law of policing (Polizeirecht) be transplanted? Comparative views on this particular field of law are rare. Nevertheless, I will argue that are good reasons to approach this field with a comparative, if not transnational lens. Analyzing law from a comparative perspective almost always means digging for principles. This entails questions such as these: What is “policing”? Does “policing” require legislation? What follows for the law of policing from general constitutional principles? Barry Friedman, a renowned U.S. constitutional law scholar of NYU Law School, raised these (and other) fundamental questions at a recent symposium. The symposium was convened at the Max-Planck Institute for Comparative Public Law and International Law in Heidelberg by Armin von Bogdandy (Director at the Institute), bringing together legal scholars in the law of policing from, among others, France, Germany, Hungary, Italy, Switzerland, and the UK.

This blog entry presents Friedman’s questions to a wider audience and expands on some of the ideas that were voiced in the discussion. (In the following, I will limit myself to the U.S., German and Swiss law of policing – painfully aware that this does not reflect the full spectrum presented at the symposium.)

1. What is the Law of Policing?

What is the “law of policing”? Friedman proceeded from a functional definition, in terms of the type of agency involved in policing. He defined policing as “any governmental agency exercising surveillance and using coercive force against citizens”. The law of policing, then, denotes those legal rules governing these two types of agency. A functional definition of policing has the merit of clarity and can be easily operationalized when studying the tasks of the police in a comparative perspective. While Friedman’s definition is certainly accurate for most domestic policing activity (if the concept of “force” is given a broad interpretation, including, e.g., seizure, police custody), if one were to incorporate the transnational dimension of policing (which, as I would submit, is of increasing importance), the cross-border exchange of information on threats, risks and vulnerabilities could be added.

A fundamental distinction underlying the German and Swiss approach to the law of policing is that between “repressive” (or – as Friedman would say – “investigative”) and “preventative” policing. In Germany, as von Bogdandy explained, the distinction of two separate domains of policing is mainly founded historically, and manifests itself in a split jurisdiction of the courts: While the “ordinary courts” adjudicate matters of criminal law, the administrative courts have jurisdiction on issues belonging to the law of policing. Indeed, – in the German and Swiss legal system – policing is Janus-faced: On the one hand, in so far as it serves a “repressive” purpose (aiming, e.g., at collecting evidence for a later trial), it is based on criminal law and criminal procedure. On the other hand, if policing serves a “preventative” purpose (aiming, e.g., at the protection of a meeting of foreign heads of state), administrative law (of which the law of policing forms a part).

2. Does “Policing” Require Legislation? What does the Constitution Say about Policing?

From a Continental perspective, the question if “policing” required legislation may seem odd at first. We are used to having a or rather several legal statutes governing policing. This is not the case in the U.S. There, much of everyday-policing (e.g. searches, stop and frisk-practices) is not governed by statutory laws, but rather controlled by ex post constitutionality checks through the courts. As Friedman pointedly said, in the U.S., policing is governed by legal practice, not by abstract norms.

Why do you need – according to the German and Swiss approach – abstract-general norms on policing set up by the legislature? As Eberhard Schmidt-Assmann (University of Heidelberg) pointed out, from a German perspective, the police are not a special branch of government. Indeed, the general principles apply to policing. The law of policing must essentially be grounded in constitutional law principles (rule of law, democracy and – in the case of Austria, Germany, Switzerland, and the U.S. – federalism). That “policing” is governed by the same constitutional principles as, e.g., construction law is an important normative lesson, especially in times where some feel tempted to remove parts of policing (especially the field of counter-terrorism) from general principles of constitutional law.

1. Policing and the Principle of the Rule of Law

Under the rule of law, from a German/Swiss perspective, it is a central requirement that policing must be based upon abstract-general rules. Why? As Bettina Schöndorf-Haubold (University of Goettingen) pointed out, any act by the state infringing upon fundamental rights of individuals must conform to the reservation of statutory powers (Gesetzesvorbehalt). Not only is there a constitutional law obligation for law enforcement not to act against the law, but also the obligation not to act without a basis in the law. This legal basis cannot be created ex post through judicial lawmaking. It must be established beforehand in the form of abstract-general legislative rules.

However, the police will face situations requiring preventative action that is unforeseen in the ex ante regulation provided for in the laws of policing. Anticipating this, the statutory laws on policing both in Germany and Switzerland contain “general clauses”. Take, e.g. Section 9 of the Zurich Statute on the Law of Policing: “In individual cases, the police takes urgent measures even without a specific legal basis in order to avert or eliminate imminent or actual serious disturbances of public security and order” [translation by the author].

Does the possibility of recourse to “general clauses” sideline the constitutional requirement of a specific legal basis? At this point, regarding the central role of the courts in the law of policing, the U.S. and the German/Swiss approaches are not so far apart. The German/Swiss approach allows for quasi-ex post lawmaking in the field of policing. The German Federal Administrative Court accepts that “notably [a general clause] with its indefinite legal concepts [unbestimmte Rechtsbegriffe] is in need of interpretation and concretization. However, its meaning is clarified and well established in the legal parlance by decades of development in the case-law and legal doctrine regarding its content, purpose and scope” (German Federal Administrative Court, para. 33).

Under the German and the Swiss approach, the decisive reason why there must be legislation on the law of policing is because preventative policing constitutes state action infringing upon fundamental rights of individuals. To the author of this blog this seems to be the greatest difference between the U.S. and the German/Swiss approaches. As Barry Friedman and Maria Ponomarenko explain in detail in a recent paper entitled “Governing Policing” (on file with the author), in the U.S., rules on policing are for the most part considered to be “internal”, i.e. of a mere organizational nature (for example, rules on the institutional unit that is authorized to act, chains of command, use of informants). In great contrast, the German/Swiss approach is based on the premise that preventative policing (e.g. secret surveillance) often infringes upon fundamental rights, often but not limited to the right of privacy. Other fundamental rights potentially interfered with in the course of preventative policing include: the right to life (in the case of lethal use of force, e.g. when freeing hostages), the right to physical liberty (in the case of police custody), the right to freedom of movement (in the case of personal protection orders, e.g. in cases of domestic violence), the right to property (in the case of seizure, e.g. dangerous dogs). To be lawful, these infringements must pass a test of justification (Rechtfertigungsprüfung) (under statutory and constitutional law).

2. Policing and the Principle of Democracy

The principle of democracy is crucial for the understanding of the structure and functioning of the law of policing. The principle of democracy demands that laws of policing must meet a sufficient level of democratic legitimacy. This is of central importance for the law of policing, the most intrusive field of law – and it is often understudied. German and Swiss constitutional law offers only little guidance on the important issues of democratic governance of policing. Nevertheless, the German Federal Constitutional Court has early on held that the legislature must establish the rules governing “essential normative areas” itself, especially when related to the exercise of fundamental rights (BVerfGE 49, 89, 126). This is known as the “essentiality theory” (Wesentlichkeitstheorie). As policing, in the German perception, constitutes such an essential normative area with huge implications for the exercise of fundamental rights, the legislature is required to have in place a legislative framework governing state action in this field. The text of the Swiss Federal Constitution is even more explicit on the requirement of legislation. Art. 36(1) of the Federal Constitution says: “Serious restrictions must have their basis in a statutory law” [translation by the author].

3. Conclusion: Why Do Comparative Policing?

Given the significant differences between the U.S. and the German/Swiss approach to policing, does a comparative approach make sense at all?

Friedman (alongside with a small number of other U.S. scholars such as Christopher Slobogin) is among those few who have taken up the difficult job to integrate a comparative perspective into studying the law of policing. There are two major reasons to engage in comparative policing studies: First, given that states face similar threats and risks (e.g. organized crime, violent extremism), it might be a good idea to look at how others regulate these security problems. Second, it is a truism that the law of policing is “internationalizing”. The fact that new actors have entered the stage (such as the UN Security Council in the field of counter-terrorism) and increasing transnational cooperation among police forces give evidence of that trend. Policing high-level risks (terrorism, organized crime, cyber security, hostage-taking, corruption) requires ever more transnational cooperation in the future (e.g. by joint operations, investigations, information sharing). Since this cooperation is (and must be) regulated by law, the question arises how this law should look like, what the guiding principles should be. Comparative legal analysis may be useful for locating problems, tracing cultural differences and discovering biases all of which may hinder transnational cooperation, and lead to a more informed international lawmaking.

So, coming back to the initial question: Can the law of policing be transplanted? Should U.S. lawmakers look for guidance in Europe when drafting a new code on the law of policing, and vice versa? At the symposium, Erhard Denninger (University of Frankfurt) made clear that policing is a field of law that is deeply entrenched in the legal, cultural and social history of a state, making legal transplants difficult. However, two important lessons could be learnt at the Friedman-symposium: First, comparative legal studies on policing must account for contingencies that can only be explained with reference to the historical development in a particular state. Transplantable solutions in the law of policing will probably only emerge after some “filtering” or “deconstruction”. Second, meaningful comparative legal analysis on the law of policing has to start with constitutional principles. Just as much as the design of the law of policing needs explanation from a historical point of view, it is the constitution that accounts for its functioning and present structure. Given that there is a trend towards convergence of constitutional law, inspiring much comparative work on constitutional law, there seems never to have been a better time for comparative policing, too. 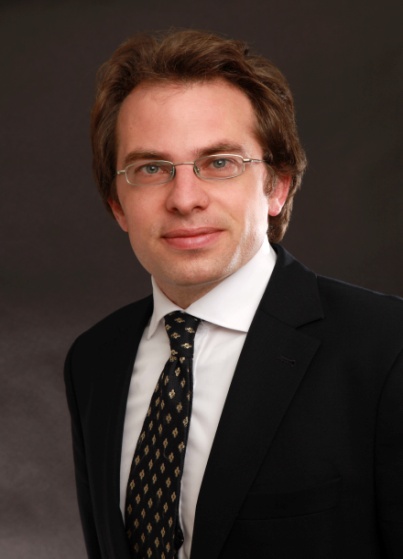