Shayara Bano, 35, a mother of two was unilaterally divorced by her husband of 15 years, Rizwan Ahmed, when she was visiting her parents in October 2015. The news came to her by post in the form of a talaqnama. Since then she has not been allowed to see her children. The only evidence of the divorce was the note she received from her husband, with the word “talaq” written thrice.

Shayara Bano’s was hardly a happy marriage: she was beaten routinely, forced to have multiple abortions, sequestered from her sister who lived close by and had the threat of divorce always hanging over her head.

Shayara Bano went on to become one among the many petitioners in a court case that has captured India’s political, constitutional and social imagination – a challenge to the constitutional validity of triple talaq, a practice that allows a Muslim man to divorce his wife unilaterally simply by uttering the word “talaq” thrice. Today, he can even send the message through email, WhatsApp, Facebook or through a letter – social media apparently renders regressive cultural practices, even easier to perform!

Shayara Bano’s petition, filed early in 2016, joined a case that two-judge bench of India’s Supreme Court had initiated suo-motu, which was then directed to asked that it be heard by a larger constitutional bench of five judges. Several other petitions from Muslim women and rights groups were also clubbed together.

In the months that followed before the the matter was listed for hearing on May 11 this year (it was reserved its judgement in the matter), triple talaq become a subject of much debate and even an electoral issue for the Bharatiya Janata Party making it clear that religion is political.

All constitutional litigations are complex, but in India, when faith is posited against the Constitution, it becomes even more so – for judges trained in secular law must reimagine themselves as theocratic experts.

The court created this problem for itself. India’s Supreme Court has long adopted the jurisprudential position that a practice that is an “essential part of a religion” is presumed to be Constitutional – whether it violates constitutional values such as equality, dignity, fraternity, expression and life, is secondary. This is especially significant in a post-colonial Constitutional democracy that retained the system of personal laws – where marriage, divorce, inheritance and succession are governed by religious law. Such religious law is a codified or uncodified version of a certain interpretation of religious traditions, usually favoured by powerful men.

It is undeniable that triple talaq degrades Muslim women and further dis-empowers this section of Indian society that has already has low literacy and socio-economic markers. Yet, it was defended in court as being an “essential part of Islam” by the male-dominated and deeply conservative Muslim Personal Law Board. Contrary to this position, Muslim women, represented through organisations like the Bharatiya Muslim Mahila Andolan and individual petitioners like Shayara Bano argued that the practice was unconstitutional.

Even Islamic nations like Bangladesh, Turkey, Iraq, Tunisia, Algeria, Pakistan and Egypt ban the practice of Triple Talaq and the Quran itself does not provide for it. India is home to around 172 million Muslims – 14.2% of the country’s population – with around 82.3 million Muslim women and hence this is an important Constitutional issue that impacts a large section of citizens.

India’s many journeys include those as an ancient multi-layered civilisation, as a colony and recently, as a vibrant Constitutional democracy. Pre-constitutional India was marked by a colonial interpretation of religious traditions, a matrix of personal laws for different religions including Islam and Hinduism. Religious practices prior to colonisation included the the caste-system, untouchability, and limited personhood for women. Reformist movements within religions emerged that were then overshadowed by nationalist politics that were fiercely protective of all things Indian including the desire to insulate Indian women from any coloniser-initiated legal reform.

In colonial India, the apex of all courts was the Privy Council in Britain. Demands were made in the 1920s onwards for an “Court of Ultimate Appeals” in India, which would hear appeals from the various High Courts. Ironically one of the many reasons given for the setting up of such a court was that the Privy Council judges were unfamiliar with the nuances of Hindu and Muslim law.

A Federal Court was established in India in 1935. Soon after, in 1937, a colonial legislation, the Muslim Personal Law Shariat Application Act made such personal law applicable to Muslims. The question of personal laws haunted India long after. The Constituent Assembly chose to defer controversial identity-based questions like that of a Uniform Civil Code (see Hanna Lerner), presumably to be solved by future generations. Hence, a Uniform Civil Code (or a common family law irrespective of religion) was enshrined only as a lesser non-justiciable Directive Principle of State Policy in India’s Constitution, reminding future generations that they “must endeavor to achieve it”.

But, India’s founding provides some clues to how this puzzle of religious freedom and Constitutional values should be approached. First, the Constituent Assembly itself eschewed any State religion and chose the model of a secular state, unlike its partitioned sibling, Pakistan. Second, the Constituent Assembly did proceed with two formidable remedial actions against the worst of Hindu society.

The practice of untouchability was rendered unconstitutional and punishable by law, and a remedial project was constitutionally initiated – of “reservation” or a setting aside of political constituencies, governmental posts and seats in educational institutions for scheduled castes and scheduled tribes that had historically been discriminated against. This was later extended to “other backward castes” as well and such reservation has long been overseen by the courts. That the caste system was an essential part of Hinduism never deterred the framers or the courts from proscribing it and remedying the harm it has long caused.

Yet, the court has always been strangely reticent on other matters of religion. For instance, it has tiptoed around cow slaughter and beef bans, which upper-caste Hindus have traditionally endorsed. What the brutally violent Hindu nationalist gau rakshaks or cow vigilante groups and the All Indian Muslim Personal Law Board have in common is that they are extra-legal, self-created associations that favour regressive interpretations of religious practice through a disdain for human dignity.

But, the triple talaq case is not the only one where the court has engaged questions of faith. In a previous piece, I have discussed the Ayodhya dispute where Hindu nationalists, in the presence of prominent members of the BJP, broke down a long standing mosque on a site that they believe Lord Ram was born, arguing that it was a matter of faith.

The only real way for the court to engage with constitutionally untenable practices is to stick to what they know best – robust constitutional interpretations of equality, dignity, freedom and rule of law – and not look to interpretations of religious faith. For such a jurisprudential choice reduces the court to a secular-theocratic adjudicator. In triple talaq, the choice then is simple – it is a practice that is opposed to women’s equality, their right to life and dignity and hence is unconstitutional. Not only have Muslim women made their views clear in court, but Indian’s foundational values warrant such an interpretation.

It would also give the apex court a clear constitutional solution in all cases where supposed faith contradicts constitutional tenets of freedom and rule of law. Those cases may pertain to divorces, or temples, or lynching, or eating habits. For the Indian Constitution does not permit practices of degradation or rage.

This article was previously published on Scroll.in and is reposted here with kind permission by the author. 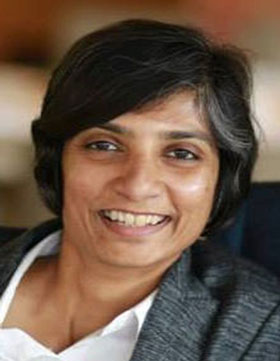 Menaka Guruswamy Dr. Menaka Guruswamy is a fellow at the Wissenschaftskolleg zu Berlin/Institute of Advanced Studies, Berlin and practices law at the Supreme Court of India.

Other posts about this region:
English Articles, Gerichte, Indien 1 comment Join the discussion
Go to Top