A ‘Complete’ System of Legal Remedies?

The EU-Turkey Deal as a Litmus Test

The basics of judicial protection in the EU legal order are clear and well established since the early days. Neither the Member States nor the EU can escape the review of legality of measures they have adopted, since the EU is based on the rule of law. To that effect, the Treaties provide for what the Court of Justice calls a ‘complete system of legal remedies’ (Les Verts).

However, in practice, Member States and the EU increasingly rely on informal instruments for cooperation with third countries, especially in the area of migration control, with important implications for the rule of law. The choice for informality becomes particularly problematic when it affects the legal situation of irregular migrants, including refugees because it makes it very difficult for them to challenge these instruments in front of EU courts. This blog post explores the effects of EU’s recourse to informality on the judicial protection of the rights of irregular migrants by using the EU-Turkey Statement as an example. The Statement, also known as the EU-Turkey ‘deal’, raises serious doubts as to whether the EU legal order indeed provides for the promised ‘complete’ system of legal remedies.

The adoption of the EU-Turkey Statement affected the lives of many who crossed the Aegean from Turkey to the Greek islands. According to the very first point of the deal, all irregular migrants who made the crossing as soon as after two days the Statement appeared on the website of the European Council (20 March 2016) were to be returned to Turkey. To implement the deal, Greece passed Law No. 4375 for the re-organization of its asylum system and the establishment of a fast-track border procedure to apply to the Eastern Aegean islands. The latter entailed ‘an extremely truncated procedure with fewer guarantees’. The execution of the crux of the deal depended on the controversial assumption that Turkey was a Safe Third Country (STC) in accordance with Art. 38 of the Asylum Procedures Directive.

There are two main procedures available to individuals affected by the deal for challenging its application under EU law. The first is the annulment procedure (Art. 263 TFEU) that can be brought directly in front of the CJEU, and the second one is the preliminary ruling procedure (Art. 267 TFEU), which enables national courts of the Member States to refer questions concerning the legality and interpretation of Union acts to the CJEU. National courts need to make these references when they doubt the legality of Union measures, as they can declare them valid, but not invalid (Foto Frost).

The annulment procedure was already used by Afghan and Pakistani nationals affected by the deal (NF, NG, NM) to bring cases in front of the General Court (GC). They argued the Statement was an act of the European Council that established an international agreement and should be annulled. The Court rejected that argument ruling that the Statement was not an act of an EU institution, but one of the Member States of the EU acting as Heads of State or Government. Hence, it had no jurisdiction to rule on the cases. However, even if the Court were to find the Statement to be an act concluded by an EU institution, the admissibility requirements of the Court under the annulment procedure are notoriously strict. The requirements of ‘direct and individual concern’ for applicants who wish to challenge an EU act as defined by the Plaumann case still stand and make it extremely difficult for individuals to mount a successful challenge.

The GC’s reasoning and conclusion in these cases have been widely criticized (see here, here and here), mainly based on the argument that Member States had no competence to conclude the deal on their own, as many issues covered by the deal were within the exclusive competence of the EU. The hope that the appeal to the CJEU would bring clarity on the issue did not materialize as the Court dismissed the appeal as manifestly inadmissible for being incoherent and not specifying the points where the GC erred in law. It has been argued that since the CJEU did not yet rule on the matter, a national court could still refer questions for preliminary reference regarding different aspects of the deal. In other words, the second one of the legal remedies available to individuals under EU law has not been exploited yet.

However, t is no coincidence that there has not been a preliminary reference on the issue so far. While theoretically, such a possibility exists, an analysis of the cases brought before the Greek Appeals Committees and the Greek Council of State in the context of the application of the EU-Turkey deal, sheds light on why that has not been the case. The main issue around which the appeals revolved was whether Turkey was a STC in line with Art. 38 of the Asylum Procedures Directive for the individual concerned. The issue of Turkey being a STC was not addressed in the deal itself. Similarly, the fast-track border procedure (Art. 60(4) Law No. 4375), which was introduced for the effective implementation of the deal, is not to be found in the deal. That procedure, which was introduced by Law No. 4375, transposes various provisions of the Asylum Procedures Directive into Greek national law.

Both of these elements (Turkey as a STC and the fast-track border procedure) were challenged in the case that reached the Greek Council of State. The Council of State confirmed the finding of the Appeals Committee that the applicant’s claim was dismissed as inadmissible on the basis of the STC concept and not on the basis of the deal (para. 44). It found it unnecessary to refer a preliminary question on the interpretation of the STC concept and found the diplomatic assurances provided by Turkey (and by the European Commission) to be sufficient to declare Turkey a STC. It also confirmed the legality of the fast-track border procedure as it was an implementation of the provisions of the Asylum Procedures Directive, which provided for the possibility of introducing such an accelerated procedure in ‘mass influx’ situations. In other words, since the source of the tools to implement the deal are to be found in EU law, which was transposed into national law by Law No. 4375, challenging the implementation of the deal in essence means challenging these tools/concepts that derive from EU law. It seems very difficult to challenge the legality of the deal itself, which is the source or the trigger for the adoption of Law No. 4375. When coupled with other obstacles, such as detention, lack of legal aid, and lack of information on their status, taking legal action to challenge the deal comes close to being ‘mission impossible’.

This is not to say that it is overall impossible to challenge the EU-Turkey deal. The CJEU would have looked into whether the deal was an agreement in disguise if the annulment case had been brought by a privileged applicant such as the European Parliament (EP). The fact that EP brought no action in front of the Court, despite being sidelined during the process leading to the adoption of the deal, shows how politically charged and sensitive the issue is. In the same vein, the possibility to bring infringement proceedings (Art. 258 TFEU) was not even considered by the Commission, as it was also involved both in the process leading to the deal and in its aftermath in monitoring of its implementation. This demonstrates how difficult it is for individuals to access courts and successfully challenge informal deals when Union institutions and Member States collude to shield their actions from judicial review. In those cases, the mantra of the ‘complete system of legal remedies and procedures’ rings hollow, and fundamental rights appear to be more ‘fundamental’ for some than for others. 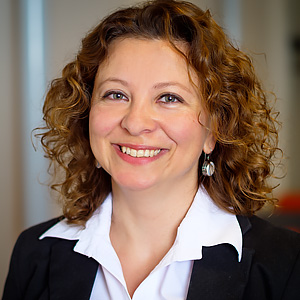 Narin Idriz Dr. Narin Idriz/ Tezcan is a researcher at the T.M.C. Asser Institute within the strand “Human Dignity and Human Security in International and European Law” in The Hague.