On the 1st of May 2017, Venezuela’s President Nicolás Maduro called for a constituent assembly invoking the articles 348, 70, 236 and 347 of the 1999 Constitution. This is in alignment with Maduro’s first line of argument (see Laura Jung’s blog post) that he acted according to the present constitution.

The constitution of 1999 allows for a constituent assembly according to article 347 for the purpose of transforming the state, creating a new judicial order and drawing up a new constitution. It states that “[t]he original constituent power rests with the people of Venezuela.” Article 348 allows the president to initiate the calling for a National Constituent Assembly: “The initiative for calling a National Constituent Assembly may emanate from the President of the Republic sitting with the Cabinet of Ministers (…)”

Already in the 90s, Bruce Ackerman and Jon Elster have stressed the importance of referenda to legitimize constituent assemblies. However, Maduro relied on an interpretation of the 1999 Constitution that did not require him to hold a referendum. The wording as well as the motives of these provisions speak for a different interpretation: As article 348 points out, the initiative for calling a National Constituent Assembly may emanate from the President of the Republic, but it is the people who are entrusted to decide whether to convene a constituent assembly.

Maduro drafted the electoral rules himself. In his own words, the vote for the Constituent Assembly was “universal, directo y secreto”. It is noteworthy, that Maduro did not mention an equal or a fair vote even though these principles are enshrined in the 1999 Constitution. He drafted the electoral rules solely as to serve his interests. The representatives were elected by a sectoral vote, by territorial elections and – to a very small extent – by the General Assembly of Indigenous People.

Territorial elections are used in many countries. They are not necessarily undemocratic. The Venice Commission on good electoral rules considers territorial votes as legitimate albeit the resulting differences of the voting power should “certainly not exceed 15% except in special circumstances”.

Maduro, however, used the territorial elections to favour rural areas over urban areas, where he has less support. The voting districts are divided in municipalities, the national capital and capitals of regions. Each of the 331 municipalities elected one representative by majority vote, whereas the capital Caracas elected seven representatives by proportionate vote. And last, each of the twenty-three capitals of the regions could vote for two representatives, also by proportionate vote.

This distribution of representatives does not reflect the population in the voting districts (as there are no reliable sources on the number of Venezuela’s voters the assumptions are based on its population instead of its electorate). There are huge differences among the population of the regions’ capitals. Whereas about 1.8 million people live in Maracay, only 3,000 people live in Gran Roque. Still, both districts have elected two representatives.

Sectoral elections on the other hand are prima facie undemocratic: Sectoral elections have been held by Franco in Spain, by Mussolini in Italy and by Salazar in Portugal. President Maduro selected seven different sectors. These sectors are: businessmen and women, peasants and fishermen and fisherwomen, people with disabilities, students, workers, Communes and Communal Councils and pensioners. For 83.000 voters included in the electoral register of each sector there is one representative. Candidates had to be put forward with the support of 3 % of the registrar to which they belonged. The sectors have no identifiable logic. Because these sectors have been made up for the sole purpose of the election for the Constituent Assembly they had to be set up. Therefore, there was no guarantee of the accuracy or completeness of the official registers.

Worse, they excluded citizens from voting: It has been estimated that 47,5 % of the population is working in the informal sector and is thus not organised in sectors. Therefore, they were not allowed to vote in the sectors. They could only vote for their territorial candidates. Voters that were registered in the sectors, as most of Maduro’s supporters are, could vote for territorial candidates as well as for sectoral candidates. Thus, if we compare the voting power of Venezuelan citizens, we see an extreme distortion of the influence a single vote had on the composition of the Constituent Assembly. The vote of a person from a municipality registered in a sector could count a 160 times more than the vote of a person from a big region’s capital not registered in a sector.

When the elections on the Constituent Assembly finally took place by the end of July, there was major electoral fraud. The CEO of Smartmatic – the company that has been providing electronic voting technology to Venezuela since 2004 – said the actual turnout was inflated by at least one million. Only recently the ruling party has repeated this pattern: When the regional elections took place on the 15th of October the regime relocated the voting sites in places where it had less support to distant, sometimes crime-ridden places. It left the names of some opposition candidates on the ballots who had lost in primary contests and sent text messages to state workers telling them where to vote and for whom.

Maduro’s argument that he complied with the written constitution is flawed, as he had neither the power to convoke a constituent assembly nor to set out the electoral rules. Furthermore, the electoral rules did not lead to a fair representation of Venezuela’s citizens as he claims.

This article is the second part of a three-part series on the 2017 Constituent Assembly in Venezuela. It was originally prepared for presentation at the workshop on “The Rise of Authoritarian Constitutionalism: Empirical and Normative Perspectives” organized by Princeton University and Humboldt-Universität zu Berlin at Princeton, October 2017. We are grateful for comments and remarks made on that occasion. 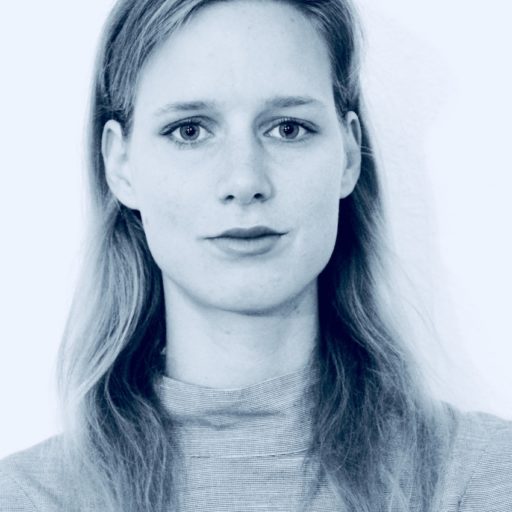 Hanna Buck Hanna Buck is a research assistant at the Chair of Public Law and General Jurisprudence (Prof. Dr. Anna-Bettina Kaiser) at the Humboldt University of Berlin.