On 26 November 2022, the Taiwanese people had their authentic constitutional voice heard for the first time in history by casting votes in a referendum on a constitutional amendment that would lower the age of voting from 20 to 18, and that of candidacy from 23 to 18 except as otherwise provided by the Constitution or legislation.  Given that Taiwan’s current Constitution was adopted by a Constituent National Assembly in China in 1946 when Japan still held sovereignty over Taiwan de jure and all the previous constitutional amendments were adopted without receiving direct approval from the Taiwanese people, the holding of referendum itself is historic.  Yet, this latest round of constitutional reform on Taiwan’s road towards an ever more democratic politics ends up as a damp squib: given the requirement of an absolute majority of the eligible voters in favour for a constitutional amendment to receive ratification by referendum, the referendum’s result—approximately 5.6 million (53%) votes cast in favour with the voter turnout at 59%—falls far short of the threshold (approximately 9.2 million votes), dealing a crushing blow to the long-awaited constitutional reform.

Why Democratic Deliberation? Legitimacy or Consensus

Why Constitutional Referendum? Decision or Confirmation

The Hollow Hope: Neither the Constitution Nor the People Is Sovereign

Other posts about this region:
Taiwan 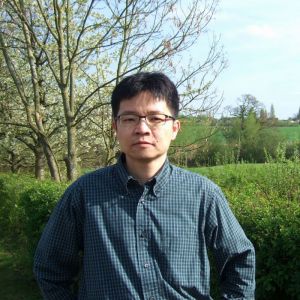 Ming-Sung Kuo Dr. Ming-Sung Kuo is an Associate Professor of Comparative Constitutional Law and Legal Theory at the University of Warwick School of Law.

Other posts about this region:
Taiwan No Comments Join the discussion
pixel_not_set
Go to Top