A Court of Last Resort

In a survey released by Reporters without Borders in 2021, India’s position in the Press Freedom Index significantly dropped to 142nd place out of 180 countries. While the Indian Broadcasting Ministry publicly spoke against these rankings of the organization, the present state of affairs in India has made this problem difficult to deny. Journalists who speak openly on social and political issues in India face sedition charges and threats to their person and property, the incidents of which escalated significantly during the deadly COVID wave in early 2021. Since 2000, 51 journalists have been killed in India, with almost half (22) under the current regime alone. Sedition is defined under India’s criminal code (the Indian Penal Code) as the crime of inciting violence against the government, through written or spoken words or actions. For long, it has been a highly debated and contested criminal provision, namely due to its paralysing effect on free speech.

Freedom of press is being threatened in different ways in India – whether through the use of oppressive laws that have a very low burden of proof, pressure on the Courts to decide cases in favour of the regime, or internet shutdowns and surveillance on social media. This increasing censorship is a cause of concern: against this background, this blog post examines freedom of press in India from a constitutional law perspective and discusses two recent judgments of the Supreme Court of India on India’s sedition law. I argue that while the Supreme Court has protected press freedoms in different ways through interpretation of the Constitution and judicial review, sedition law continues to be (mis)used to intimidate journalists and provide the state other avenues to suppress press freedoms in India.

Freedom of the press has been read into Article 19 of the Indian Constitution (which provides for freedom of speech and expression) by the Supreme Court of India in Romesh Thaper vs. State of Madras (1950) and Brij Bhushan vs. State of Delhi. Article 19, Clause 2, of the Indian Constitution allows restrictions on the freedom of speech and expression in cases where there is a potential threat to ‘national security’ and ‘public safety’. The Constitution makers drew significantly from the Irish Constitution in laying down this exception clause.

Press freedoms have been held to include the right to make certain editorial decisions, for instance, to decide the number of pages in their publications. In addition, the Court has exercised its power of judicial review to perform a balancing exercise in cases where opposing rights have to be considered. In the Sahara India Real Estate vs. The Securities and Exchange Board of India (SEBI) case, the Supreme Court discussed the principle of free speech and open justice in the context of publishing court proceedings or information relating to the same by the media. The Court in this case discussed and developed a ‘necessity’ and ‘proportionality’ test in order to balance the opposing interests of ‘speech’ and ‘justice’.

Sedition law and a culture of censoring

The word ‘sedition’ itself as an exception to free speech and expression was heavily debated in India’s Constituent Assembly debates (the debates that took place while concluding a draft of the Constitution) for having the potential to suppress free speech and expression. KM Munshi, a noted member of the Assembly, drew attention to the global scepticism towards this provision. Indeed, sedition law was used on several occasions during India’s freedom struggle against the British in order to suppress and imprison freedom fighters. In 1986, the jurist and lawyer Soli Sorabjee wrote about the three conditions where freedom of press can be restricted, one of which was that the restriction imposed must have the authority of law to support it. Unfortunately, and increasingly in the last few years, this restriction has come in the form of invoking the so-called sedition law under the Indian Penal Code (IPC). The invocation of India’s sedition law is becoming an increasingly greater threat for the free press, as evidenced by the clear rise in sedition cases after the coming into power of the Modi government. Interestingly, conviction rates under sedition law remain low. However, because the charge can be framed on a subjective evaluation of someone’s written or spoken words, there is an apprehension and fear it causes, creating a potential chilling effect on free speech. Several constitutional law scholars have pointed to the problematic nature of India’s sedition law due to the low burden of proof required to initiate a charge under it. It becomes easy for the State to arrest individuals on a low level of suspicion, some of which is also artificially created in order to suppress criticism on government policy.

The wordings of Section 124A of the IPC make is susceptible to broad interpretation, namely :

“Whoever, by words, either spoken or written, or by signs, or by visible representation, or otherwise, brings or attempts to bring into hatred or contempt, or excites or attempts to excite disaffection towards the government established by law in India shall be punished with imprisonment for life.”

Previously, the Supreme Court has engaged with the intersection of sedition law and free speech under the Indian Constitution and there have been cases where the provision for sedition has been held unconstitutional, albeit by High Courts. For instance, the Punjab High Court’s reasoning in Tara Chand’s case was that the restriction placed by Section 124A was a curtailment in a manner not permitted under the Constitution. The High Court also said that the limitation placed by clause 2 of Article 19 was substantial enough to place a reasonable restriction on free speech. In 1962, in Kedar Nath’s case, the Supreme Court of India upheld the provision in the appeal decision, but laid down guidelines in order to prevent its misuse. These guidelines reiterate the importance of the term ‘incitement of people to violence against the government’ in the provision and their applicability to the individual case being decided. In addition to the Kedar Nath guidelines, the Supreme Court in 1995 (in Balwant Singh and Anr. vs. State of Punjab) held that individuals raising anti-government slogans after the assassination of the then Prime Minister Indira Gandhi did not commit a crime under the IPC because their actions and words did not evoke reactions from the public. This highlights the Court’s focus on the effect of the words and not just the intent of the speaker (accused) in being charged with sedition. Looking at the language used in sedition cases, it is difficult to discern a pattern or a standard of language which would amount to a crime. Further, as is with most criminal charges of this kind, the intent behind the action or words is also difficult to ascertain. The Court’s challenge is then to decide how far the words are ‘fair criticism’ and how far they have been used to incite violence against the government.

The Supreme Court’s recent decisions in 2021 on sedition law and free speech were lauded in India for their strong stand on the need for its revision and acknowledging the chilling effect it has on a free press. In Journalist Vinod Dua’s case (who had commented on the government mishandling of COVID in India) the Supreme Court said that a citizen could not be arrested for criticizing the government. It pointed to the increasing invocation of sedition law, observing that his statements about the government mismanagement of the COVID crisis were not made with the intent to ‘incite people or showed tendency to create disorder or disturbance of public peace by resort to violence’. In a petition filed by the Editors’ Guild of India against the Andhra Pradesh government (for blocking two Telugu news channels) the Supreme Court also mentioned that the colonial era law was used to jail freedom fighters, rightly questioning what place it has in a democratic society today. In Dua’s case, one of the pleas by the petitioners was that the Court direct the formation of a committee, should a journalist have ten years’ or more standing, in order to decide whether a sedition case could be made out or not against them. While well intentioned, this would stop fresh and younger journalists (particularly those from less privileged backgrounds) to seek the same ‘screening’ process should a sedition charge be filed against them. In addition, the Court rightfully pointed out that with this exercise, it would be foraying into the legislature’s domain of lawmaking. It is also an academic question to be considered whether different free speech principles and exceptions would be applicable to the press as opposed to an individual, considering the importance of the media’s role in informing the citizenry about the functioning of a democracy.

While these judgments of the Supreme Court have laid down a strong constitutional foundation for protecting press freedoms, they continue to be attacked in various ways. In 2021, post the deadly Delta-wave in India, the offices of newspapers who reported on the public health crisis in the country and mismanagement of the same by the state were subjected to raids and checks by the Income Tax Department. During the Farmers Protest which started in 2020, the Youtube channel of the protest was blocked by the government which was also met with criticism from civil society. Recently, the monetary assets of the journalist Rana Ayyub were seized by the Enforcement Directorate: she is well known for her outspoken reports and opinion pieces against the current government in power. Several international human rights organisations have also acknowledged that Ayyub, who writes regularly on the problematic actions of the government, is facing judicial harassment, a charge that is strongly being denied by the Indian State. Where do the Press and journalists turn to, if not the Supreme Court, in such a case? The Court’s two judgments in 2021 were heartening when they disapproved strongly on the misuse of sedition law and drew attention to its absurdity in a democracy with (ideally) a free press. However, as long as the law stays, it continues to be the work of the Supreme Court to perform this balancing act in order to prevent a chilling effect on free speech. Even if the law is repealed, the State can find, as evidenced by the instances above, different ways in which to threaten, intimidate and harass journalists. In an era of misplaced patriotism, any fair criticism of the government is seen as a threat to authority and is therefore susceptible to censorship. It remains to be seen whether the continued balancing act of the Court would be enough to protect journalists and eventually create pressure on lawmakers to reconsider the draconian law. Till then, the Supreme Court remains an institution of recourse for protecting press freedoms – as long as it remains independent.

Explore posts related to this:
Freedom of Expression, Freedom of Press, Sedition 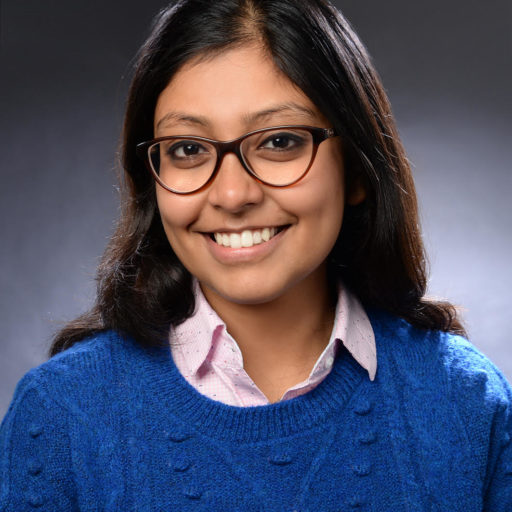 Explore posts related to this:
Freedom of Expression, Freedom of Press, Sedition