Let me begin by quoting Abraham Lincoln’s Gettysburg​ Address​, in which he stated that a “democratic​ government​ should be government of the people, by the people and for the people”.​ As you know the current government in Poland does not enjoy the support of the political and economic establishment or academic professors but it is supported by the majority of ordinary people. In his book Is​ Democracy Possible Here? R. Dworkin mentions two political camps in the United States: “the red camp” (people from rural areas and people with conservative values) and “the blue camp” (referring to residents of large cities, business people). If we substitute the term “the red camp” with the supporters of the “Law and Justice” party and the “the blue camp” with the supporters of the “Civic Platform” party, you​ will get an image of what is happening in Poland.​ Thus, similarly to the US conflict, the conflict in Poland is a political conflict. Obviously, the political conflict between the government and the opposition impacts the shape of the legal system. It is hard to deny that the political conflict between the government and the opposition in Poland has significant legal consequences. One of them refers to the status of Constitutional Tribunal (‘CT’), the second one to the way of interpreting the Polish Constitution. Let us take a closer look at these issues.

The Polish government and parliament, in which the “Law and Justice” party has a majority, defend the doctrine of judicial restraint (judicial passivism or conservatism) based on the following principles:

The opposition, gathered mainly around the “Civic Platform” party, contrary to what is officially claimed, in fact advocates the model of judicial activism and raises the following arguments:

Two different interpretations of  the Polish Constitution and the law

The current Polish parliament and government do not agree with the opposition as to how the Polish Constitution should be interpreted. Briefly speaking, the opposition defends a liberal way of interpreting the Polish constitution, whereas the current government favours the republican one. As you well know, the current Polish government is being constantly accused of violating basic standards of a liberal state. This accusation is simply ludicrous. Unfortunately, many people in my country and abroad believe it, so, in order to avoid any misunderstanding, I propose to distinguish two different meanings of the term ‘democratic and liberal state’. The first meaning of this term embraces all states accepting most basic constitutional fundamentals such as separation of powers, basic human rights, the rule of law, and so on (see Art. 2 of the TEU). This definition of ‘liberal state’ applies to so different states as conservative, social-democratic, republican, and finally strictly liberal states and their different forms. In the second meaning, a term ‘liberal state’ refers to a strictly (pure or orthodox) liberal state which political system is based on the individualistic concept of rights as a trump cards against community (R. Dworkin) and the concept of economy entirely based on the Weberian criteria of economic rationality such as profit and economic efficiency (cf. “famous” L. Balcerowicz’s reforms).

In my opinion, the dispute between the government and the opposition is a dispute between the supporters of the republican model of the state and the adherents of the pure liberal state. So basically, the claim of the opposition that the government violates the standards of the liberal state means that it simply does not accept the model of pure or orthodox Liberalism. Obviously, it does not mean that the government violates the basic constitutional fundamentals such as separation of powers, democracy, human rights, the rule of law, and the like.

Moreover, the government and its supporters argue, and rightly so, that the strictly liberal model is incompatible with the Polish tradition and constitutional identity. It should be strongly emphasized that Polish Constitutionalism from the very beginning – starting with the Constitution of the 3rd​ of May 1791 and ending with the current constitution of 1997 – has not been based on strictly liberal values, but on republican ones. As opposed to the parliament and the vast majority of citizens, the supporters of pure Liberalism do not want to accept the republican way of interpreting our Constitution.

In this context, we should discuss the accusations made by the EU, the Council of Europe and members of the Venice Commission that the Polish government violates the European and international standards of democracy, human rights and the rule of law. In my opinion, the Venice Commission and other institutions clearly misinterpret the standards of the rule of law which result from the European Convention on Human Rights and the EU Treaties. In particular, they misinterpret Art.​ 4.2 of the TEU according to which the European Union shall respect the national identity of its member states and their basic political and constitutional structures. The attitude of EU leaders contradicts the fundamental principle of the EU and its motto: “united in diversity”.

Obviously, the republican tradition in Poland has nothing to do with nationalist populism and there is no authoritarian leader running the country, as the opposition and EU leaders claim. It is also obvious that the republican tradition is present not only in Poland or Hungary, but also in many other countries, e.g. in the USA and Great Britain (see, for example, writings by Michael Sandel, Philip Pettit or Quentin Skinner1), and it takes different forms in different countries. The European Union should respect it. Let us notice that even great contemporary liberal philosophers like John Rawls or Jürgen Habermas agree that liberal institutions require a republican correction.

It should be emphasized that the republican tradition does not reject all liberal values. What brings these traditions together is a deep respect for democracy, human rights and freedoms. But apart from this, Polish republicanism strongly emphasises the attachment to values such as: patriotism, solidarity, a strong state as a guardian of human rights, the role of the Catholic Church and religion in public life. In political reality, it means that Polish republicans defend the traditional family model and strongly oppose abortion and so on whereas liberals simply reject these values. Anyway, it is absurd to claim that republicanism is a totalitarian tradition, hostile to democracy, the rights and freedoms of citizens.

Besides, it should be emphasized that the dispute between the government and the opposition fulfills the criteria of a democratic debate, since all political parties can freely express themselves and present their points of view. All kinds of media are allowed to present this debate and citizens express their convictions in numerous demonstrations and protests. Accusing the government of violating democracy is in my opinion totally absurd. 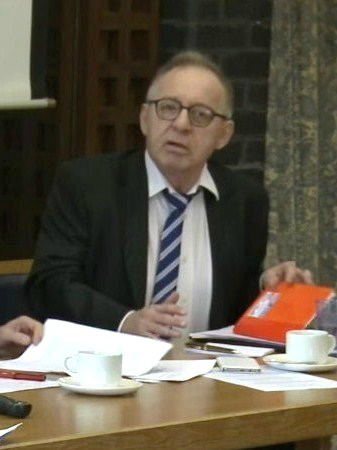 Lech Morawski Professor Lech Morawski was a Professor of Legal Theory at the University of Warsaw and has been appointed as judge to the Polish Constitutional Tribunal in December 2015; the legality of the appointment remains contested.
No Comments Join the discussion
pixel_not_set
Go to Top