A Failed State in the Making

Zimbabwe’s new constitution is barely eight years old but has already been dismantled by the 3-year-old ‘new dispensation government’ under the Zimbabwe African National Party-Patriotic Front Party (ZANU-PF). It was approved by an overwhelming majority of citizens in a 2013 referendum after four years of successful negotiations between the three major political parties. Zimbabwe has a bicameral system and the ruling party, ZANU-PF enjoys a two-thirds majority in the National Assembly. Based on proportional representation, ZANU-PF also enjoys a strong majority in the Senate-House.

On  4 May 2021, the Senate house in Zimbabwe approved the  Constitutional Amendment No.2, 2019 with a two-thirds majority. This was after the National Assembly voted for the bill on 20 April 2021. The bill is now on its way to the executive for signature and incorporation into the constitution. However, the bill features many anomalies which this blog aims to look into, specifically three clauses linked to judicial independence and the prosecutor general’s appointment. The future of democracy and the rule of law looks gloomy for Zimbabwe. Besides the danger of having a one-party state, the judicial independence has been further plunged into a deep hole. Zimbabwe can be classified as a failing state in the making.

Background of introducing a new Constitution in Zimbabwe

After a 15  year  war of liberation, Zimbabwe’s first constitution was adopted at Lancaster house in Britain in1979, following settlement negotiations. But this constitution fell short of addressing the land reform issue. In February 2000, the Robert Mugabe led government saw it fit to replace this constitution with a new constitution that legitimized land expropriation without compensation by having Zimbabwe’s first constitutional referendum. Already grappling with economic inflation and angry urban citizens frustrated by the bad shape of the economy, the majority of citizens voted “No” to this new constitution. A few months later, in the June 2000 election, ZANU-PF performed dismally by its standards, but with 48.8 percent of votes still held a slight majority in parliament.

Eight years later ZANU-PF received 45.94 percent of the parliament seats in elections marred by intimidation and beatings on mostly opposition supporters in both the urban and rural areas. This resulted in mediated negotiations by the leaders of the three main political parties for political power-sharing that gave birth to the first Government of National Unity  (GNU). Part of the GNU agreement was that a new constitution would be drafted, with vigorous public consultation and representatives from all political parties in the drafting process. In 2013, 94.49 percent of Zimbabweans voted in the affirmative in a referendum for this new constitution.

In the same year of the constitutional referendum of 2013, general and presidential elections were concurrently held and ZANU-PF won 62 percent of the total votes. In its 4 years of ruling, the ZANU-PF lead government launched its intentions to amend the constitution by introducing Constitutional amendment No.1 bill, 2017. Although receiving 67 percent of votes in the National assembly to make the amendments, this was dismissed in favour of the applicants opposing such amendments in the Constitutional Court case of Gonese and Another v National Parliament of Zimbabwe on 31 March 2020.  Amongst other reasons, the Con-Court held that this intended constitutional amendment fell short by one vote in the Senate-House to make it a two-third majority vote.  The Con-Court suspended the decision for the senate to vote afresh after 180 days. However, before the judgement was delivered by court, the Minister of Justice in 2019 had already initiated Constitutional Amendment No 2 bill, 2019. And the speaker of parliament published it in the government gazette on 17 January 2020.  Public consultations were not done properly over the course of 2020 with very little awareness or understanding from the public on what the new bill entailed.

Zimbabwe had undergone its first elections on 30 July 2018 under the new dispensation government that ousted former president Robert Mugabe in a military coup disguised as an operation to restore legacy on 15 November 2017. Coming to their senses of facing another embarrassing defeat, three opposition parties formed a coalition of opposition with several other newly formed parties for the July 2018  general and presidential election. But, ZANU-PF won these 2018 elections securing a two-thirds majority in the National Assembly. And based on proportional representation, ZANU-PF attained a majority in the Senate House. The weakened opposition coalition party is no match to a strengthened ZANU-PF.

Implications and critical assessment of constitutional amendment Bill no.2, 2019

According to clause 13 of Constitutional Amendments No. 2,2019, amending section 180 of the constitution of 2013, the President can act on recommendations of the Judicial Service Commission in appointing judges in higher courts without subjecting them to interviews. Furthermore, according to Clause 14, amending section 186 of the constitution of 2013, judges can further renew their contracts after reaching 70, upon showing that they are mentally and physically fit to continue with their role as judges. Clause 19, amending section 259 of the constitution of 2013, lays out that the President can appoint the Prosecutor-General without subjecting him to public interviews. Further, the Prosecutor-General can be removed by a tribunal. Two of these amendments are not new but also appeared in constitutional amendment bill No.1, 2017 (clauses 13 and 14).

The affirmative two-thirds vote by the Senate House of Constitutional Amendment No.2 Bill, 2019  on  04 May 2021 and a two-thirds vote in the affirmative by the National Assembly on 20 April 2021 will strengthen the executive powers. Because even though the executive can receive recommendations of the Judicial Service Commission for appointing a judge, at the end of the day, the executive has full discretion to make a decision. When politics get involved in the affairs of the judiciary, the executive will be likely to use their discretion based on political, ideological beliefs or party influences in appointing judges. According to Mavedzenge’s submissions, political factors can influence how a judiciary operates. Such political interference may result in relying on emotions and tribal alliances to trump logical analysis in the appointment of Judges.

In the case of Zimbabwe, the dominating political party ZANU-PF has an ideological belief that it controls everything. President Mnangagwa, in one party rally, even boasted that they control everything under the sun in Zimbabwe. That does not make the reader or listener of such a statement go far in trying to understand what the President was actually saying.  The judiciary already has a bad reputation for its poorly reasoned decisions in interpreting the 2013 Constitution, such as in Liberal democrats v President of Zimbabwe. The case involved challenging the coup by the army that had taken control of Zimbabwe, and thus disposing former president Robert Mugabe on 15 November 2017. The Con-Court had to deal with the constitutional provision on whether the military deployment was valid in terms of Section 213 of the constitution. The court avoided reasoning on this provision and instead vaguely affirmed the high court order of section 212, making it permissible for military deployment if:

In other words, the military actions where constitutionally valid, the Con-Court refused to deal with this considering it was of constitutional relevance. The Con-Court legitimized the currents president’s appointment into office as legal.

The biggest losers are the betrayed ordinary citizens who went to the referendum in 2013 voting yes for this new constitution, hoping for democracy, for the rule of law and for fair political leverage in dealing with constitutional matters by the three branches of government under the doctrine of separation of powers. However, the new constitution amendments are deeply embedded with ideologies to make ZANU-PF’s dominance known. Clause 14 that refers to judges extending their contracts at reaching aged 70 is controversial because the current guard of judges in the Constitutional Court is constrained, and the executive would be happy to continue seeing them on the bench upon reaching the age of 70.  Amendment Clause 19 which refers to the Prosecutor General’s appointment is also highly controversial. Because such a Prosecutor General is likely to act under robotic control of the executive’s orders, should they be in any need of arrests or investigations of crimes against the state such as instigation of public violence by citizens considered to be a threat to exposing the government’s misgovernance and corruption. The nation has already seen a lot of unnecessary arrests and baseless charges on activists and journalists in 2020 and 2021 relating to incitement of violence and prohibited public gatherings with intentions to cause riots, all of which seem somewhat politically motivated. This bill has come at the wrong time when the nation is undergoing human rights travesties such as curtailing on freedom of speech and freedom of assembly under the hands of the new dispensation government. As this bill is on the journey to the executive for signature and official incorporation into the new constitution, the only remedy presently is for an application by any concerned citizens in the Constitutional Court challenging the constitutionality of these unconstitutional amendments.

Other posts about this region:
Simbabwe 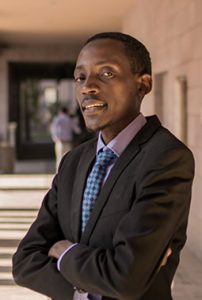 Other posts about this region:
Simbabwe No Comments Join the discussion