Only in office since the beginning of February, Kosovo’s Prime Minister Albin Kurti did not survive a motion of no confidence in late March. Instead of calling new elections, the President of the Republic has been working towards forming a new government, invoking his right to propose a Prime Minister. This move, however, has no basis in the constitution, and the Constitutional Court is expected to clarify the matter any day.

How the pandemic has exacerbated a political crisis

Dealing with the COVID 19 pandemic has raised constitutional issues in many countries. In the Republic of Kosovo, the dispute over the questions of how to deal with the pandemic ended with a motion of no confidence against Prime Minister Albin Kurti, who has only been in office since the 3 February 2020. Kurti decided not to declare a state of emergency at the very beginning of the pandemic but nevertheless established a nationwide curfew, while the President, Hashim Thaçi, and the Minister of the Interior, Veliu, insisted on declaring a state of emergency because Kurti’s measures were unconstitutional.

Kurti feared a loss of institutional power to the president during a state of emergency. This would have occurred at a precarious time, when an institutional power struggle was taking place anyway between the office of the President and the Prime Minister. For weeks, the two have been arguing about the maintenance of a 100% customs tariff against Serbia and Bosnia-Herzegovina.

The Corona crisis was therefore used for an institutional power struggle, against which the population protested loudly from their balconies.

A Prime Minister with no confidence

According to Art. 100 No. 1 of the Kosovar constitution (KC), 1/3 of all deputies, i.e. 41 deputies, can initiate a motion of no confidence. It will, however, only be successful if the deputies vote for it by an absolute majority (i.e. 61 votes out of 120). Kurti was voted out of the parliament with 82 votes for, 32 against, and 1 abstention.

Kurti and his party Vetëvendosje! (VV) insist on new elections. Thaçi instead used his right to propose a new Prime Minister according to Art. 95 KC and form a new government. He initially consulted VV, as the winners of the 2019 Parliamentary elections, for the proposal of a new Prime Minister candidate. After five such consultations between 02 April 2020 and 22 April 2020, and no proposal from VV, Thaçi proceeded to consult LDK as the party that could possibly provide a candidate who could get the majority in parliament. They nominated Hoti (deputy Prime Minister in the Kurti government) as candidate for a new Prime Minister, and on 30 April 2020 VV filed a constitutional complaint against Thaçi’s decree to propose Hoti as Prime Minister. The Constitutional Court is expected to clarify by 29 May 2020 whether the President’s course of action is legally permissible and a new government can be elected, or whether early parliamentary elections should be held. It will have to deal with a number of questions regarding the extent of the President’s right to propose a Prime Minister.

No elections, no right of proposal

However, in the case of Kurti, the question remains open on whether the President’s right of proposal is also applicable in the event of a successful motion of no confidence.

No confidence is not “any other reason”

According to Art. 95 No. 5 KC, the incumbent government ceases in the event of the resignation of the Prime Minister, or if for any other reason his post becomes vacant. This in turn leads to the President having the right to propose a new Prime Minister, but only in consultation with the party that has the majority of votes in parliament. This was evidenced in the application of Art. 95 No. 5 KC in 2019, following the resignation of former Premier Minister Haradinaj.

However, the applicability of Art. 95 No. 5 KC appears questionable: The wording of Art. 95 No. 5 KC refers to the resignation of the Prime Minister, but not to a motion of no confidence. According to the object and purpose of the regulation, it can be assumed that other cases are meant to be regulated, such as a conviction of the Prime Minister or his death. But even if one was to assume that Art. 95 No. 5 KC is applicable, it only establishes a single procedure for the nomination of a candidate for the office of Prime Minister. There is no reference to the upper paragraphs and thus neither to Art. 95 No. 4 KC which establishes the second right of proposal on the part of the President after the failure of the first attempt to form a government. This would mean that Thaçi, according to the wording of the provision, did not have the right to consult with any other party when VV rejected failed to suggest a new candidate. As a result, new elections could be held, as happened in the case of Haradinaj in 2019.

With Art. 95 KC being inapplicable in the current situation, Art. 82 No. 2 KC becomes relevant. This provision concerns all cases of parliamentary dissolution and states:

“The Assembly may be dissolved by the President of the Republic of Kosovo following a successful vote of no confidence against the Government.”

Consequently, the President does not necessarily have to dissolve the parliament after a successful motion of no confidence.

The President might not dissolve the Assembly, for example, if there is a consensus within parliament for the election of a new Prime Minister. Such a government, however, can only be understood as a transitional government until new elections.

A comparison can be made with the Austrian government crisis in 2019, as the Austrian constitution, too, only provides a destructive motion of no confidence. After the successful motion of no confidence against the Kurz government in May 2019, a transitional government was elected and was entrusted with the duties of government until new elections were held at the end of 2019, pursuant to Art. 71, 74 of the Federal Constitutional Law Austria. In the case of the Kurti government, due to the lack of consensus among all parties, new elections are probably inevitable.

It is noteworthy that in 2017, in the event of a successful motion of no confidence against the Mustafa government, on the same day Thaçi as President of the Republic dissolved parliament and new elections were announced. The interpretation of Art. 95 KC in that situation fits with the author’s analysis in this article. What led to Thaçi’s change of mind this time around, however, remains unclear.

The case for a constructive motion of no confidence 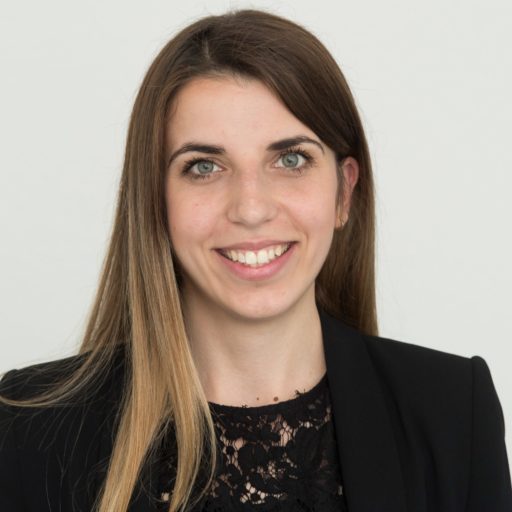 Mimoza Beciri Mimoza Beciri is a research assistant and doctoral candidate at the Institute for Public Law (Forschungskolleg normative Gesellschaftsgrundlagen) at the University of Bonn.