On 1 September 2022, the Eastern Cape High Court handed down its eagerly anticipated judgment in the case of Sustaining the Wild Coast NPC and Others v Minister of Mineral Resources and Energy and Others (the Shell case). The judgment had the effect of setting aside an exploration right that would have enabled Shell to conduct seismic surveys off South Africa’s coastline, in its search for oil and gas reserves. The judgment has been hailed by social and environmental justice activists alike.

In this post, I will briefly set out the facts leading up to the litigation and then discuss the judgment and its significance, including in relation to social and ecological justice. Although the case was decided more narrowly on administrative law principles, I argue that the judgment holds greater significance in that it highlights the importance of civil society activism and the crucial role of the judiciary in upholding constitutionally protected social and environmental rights.

In 2013, Impact Africa (the third respondent) applied to the Department of Mineral Resources and Energy for an exploration right. Following a process of consultation and the submission of an environmental management programme, an exploration right was granted in 2014 in terms of South Africa’s Mineral and Petroleum Resources Development Act 28 of 2002 (MPRD Act). The exploration right was renewed in 2017 and in 2021. Furthermore, in 2021, the assignment and transfer of 50% of the participating interest in the exploration right to Shell (the third and fifth respondents jointly) was approved. In October 2021, Shell’s consultants gave notice of Shell’s intention to undertake a 3D seismic survey along the south-eastern coast. Following a public outcry, activists and affected communities approached the Eastern Cape High Court for an urgent interdict preventing Shell from proceeding with the seismic survey (Part A), pending the outcome in the present application (Part B). The applicants were successful in Part A of the application, and in December 2021, the High Court granted an interim interdict to halt the seismic survey. The present case (Part B) was heard in May 2022 and judgment was reserved until 1 September.

Relying on the Promotion of Administrative Justice Act 3 of 2000, the applicants – representatives of local traditional healers and fishing communities, a communal property association, and non-profit companies – argued that the decision to grant the exploration right (and the subsequent decisions approving the renewal of the right) should be set aside on the basis of:

The applicants were successful on all three grounds of review. The applicants’ arguments and the Court’s reasoning is expanded on below.

The applicants argued that the decision to grant the exploration right was procedurally unfair because Impact Africa had failed to adequately consult with interested and affected communities. The Court had regard to the relevant regulations and the consultation process followed, including the fact that Impact Africa had consulted with the monarchs of various communities and not with the members of such communities, and that notice of the exploration right had been provided in the English and Afrikaans languages, rather than in Xhosa, the language spoken by the majority of members of the affected communities. The Court criticised the approach whereby kings and monarchs were treated as authorised representatives of their communities as “a thing of the past which finds no space in a constitutional democracy” (par. 92) and highlighted that little attention had been paid to “the significance of language as a tool for communication” (par. 100). The Court emphasised that “meaningful consultations consist not in the mere ticking of a checklist, but in engaging in a genuine, bona fide substantive two-way process aimed at achieving, as far as possible, consensus” (par. 95). The Court thus found that the consultation process (which preceded the grant of the exploration right) was procedurally unfair and, on this ground alone, the exploration right should be set aside.

Although it was not necessary, in light of the importance of the case and for the sake of completeness, the Court went on to consider the second and third grounds of review, albeit (unfortunately) in a limited way.

The applicants argued that relevant considerations – namely, the anticipated harm to marine and bird life; the spiritual and cultural rights of the communities and their rights to livelihood; and the climate change impacts of the proposed seismic surveys – were not taken into account.

In regard to the anticipated harm to marine and bird life, significant expert evidence had been tendered by the applicants, which was set out in detail in the 2021 judgment. The present Court highlighted the dispute between the experts regarding the adequacy of the proposed mitigation measures, and held that the decision-maker ought to have invoked the precautionary principle (i.e., where there is a risk of environmental harm, incomplete scientific knowledge should not be used as a reason to delay taking action to avoid the harm) and emphasised the approach adopted in South African environmental legislation of risk-aversion and caution.

In regard to the spiritual and cultural rights of the communities and their rights to livelihood, the Court referred to the applicant communities’ contentions that they are bound to protect natural resources, like the ocean, for present and future generations, and that “the ocean is a sacred site where their ancestors live” and that they are obliged to protect their ancestors from unnecessary disturbance (par. 115). The Court also quoted the remarks of Justice Bloem in the 2021 judgment, with approval, namely that under the Constitution “[customary] practices and beliefs must be respected and where conduct offends those practices and beliefs and impacts negatively on the environment, the court has a duty to step in and protect those who are offended and the environment” (par. 32). The Court accordingly held that the remedial measures proposed by Impact Africa and Shell did not address the potential harm to the applicants and their religious or ancestral beliefs and practices.

In regard to the climate change impacts of the proposed seismic surveys, the Court referred to the applicants’ submissions regarding observed climate change impacts – including more unpredictable weather patterns and more extreme weather events – as well as expert testimony relating to unburnable fossil fuel reserves (i.e., most fossil fuel reserves should remain unextracted in order to limit the global temperature increase to 1.5 degrees Celsius) and the inconsistency of further oil and gas exploitation with South Africa’s international climate change commitments. The Court stated:

“It seems clear from the aforegoing … that, had the decision-maker had the benefit of considering a comprehensive assessment of the need and desirability of exploring for new oil and gas reserves for climate change and the right to food perspective, the decision-maker may very well have concluded that the proposed exploration is neither needed nor desirable” (par. 125).

The Court also found that the decision-maker had failed to take into account the considerations referred to in the Integrated Coastal Management Act 24 of 2008, which obliges the State, as the public trustee of coastal public property, to ensure that coastal public property is managed and conserved on behalf of all South Africans, including future generations.

On this ground too, the decision to grant the exploration right fell to be set aside.

Although statements had been made by the respondents regarding the job creation and increase in government revenues that would ensue from the seismic survey, no detail was provided, which was contrary to the provisions of the MPRD Act, which requires that the granting of the exploration right will, amongst other things, meaningfully expand opportunities for historically disadvantaged people, including women and communities, and facilitate their participation in the mineral and petroleum industries.

The decisions were thus also liable to be set aside on this ground.

The immediate consequence of this judgment is that Shell has been prevented from undertaking seismic surveys off South Africa’s coastline. In order to undertake seismic surveys in the future, Shell will need to obtain a new exploration right, this time complying with the relevant legal requirements.

Significance of the judgment

Fossil fuel development enjoys strong political support in South Africa, and is provided for in the country’s future energy plans. The present case was decided more narrowly on administrative law principles and it thus remains open to companies, like Shell, to apply for exploration rights in the future. Nevertheless, the case is significant in several respects.

In the first place, significant attention has been brought to the importance of meaningfully consulting with affected communities and respecting constitutional rights in cases of proposed fossil fuel extraction. In this case, it was highlighted that the notice must be accessible to all affected communities and the Court went so far as to suggest that the notice could have been published in I’solezwe lesiXhosa – a Xhosa language newspaper – or broadcast on Umhlobo Wenene – a Xhosa language radio station.

The litigation also highlights the tension between the imperative of socio-economic development in South Africa – one of the most unequal societies in the world – and the pressing need to halt further ecological degradation. In this regard, South Africa’s Constitution entrenches the right to a healthy environment and provides for the right to the protection of the environment, for present and future generations, through reasonable legislative and other measures that promote ecologically sustainable development and use of natural resources alongside economic and social development. The South African judiciary has previously grappled with the concept of sustainable development, most extensively in the Fuel Retailers case, in which it was stated that

This case can also be understood against the background of rising climate litigation, including against carbon majors, such as Shell. Following worldwide trends, climate litigation has recently started to emerge in South Africa. In contrast to international landmark cases such as Urgenda and Neubauer, the general approach in South Africa has been to challenge individual projects, which (as in the present case) has largely been successful. Significantly, new climate litigation has been launched in South Africa, challenging – on a constitutional basis – the inclusion of coal in the country’s energy development plans. This new litigation, which is ongoing, has the potential to generate broader change.

Nevertheless, despite the more limited application of the Shell judgment, it has been celebrated as a monumental victory for people and the environment. Significantly, the case highlights the importance of civil society activism and the crucial role of the judiciary in upholding the rule of law and ensuring that constitutionally enshrined social and environmental rights are respected and promoted. 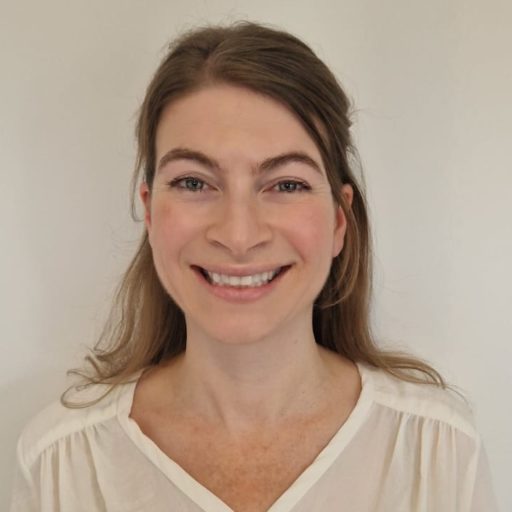 Other posts about this region:
South Africa 2 comments Join the discussion
Go to Top