A state of constitutional necessity versus standard legal reasoning

N.W. Barber and A. Vermeule, in their seminal paper, differentiate between three types of cases in which the exceptional role of courts can come to light. I will be interested only in the third type of cases, which has been defined by Barber and Vermeule as follows: ‘There are some cases in which the health of the constitutional order requires the judge to act not merely beyond the law, as it were, but actually contrary to the law.’

The problem that I wish to discuss can be formulated as follows: is it true that (i) the Award may be defended only be reference to its purpose, namely the intention of the judges to preserve the health of the constitutional  order (which would mean that the Award was issued in a state of constitutional necessity) or, rather, that (ii) the Award should be perceived as complying with the law and generally adopted standards of legal reasoning and therefore does not require any extraordinary justification.

Acting in a state of necessity does not make an action illegal. However, a necessity involves a breach of certain legal rules for the purpose of the protection of certain other, more fundamental rules or principles. Therefore, irrespective how we define a necessity, the justification of the thesis that the Tribunal acted in a state of necessity (and that therefore, its actions were legal) requires additional argumentative effort, and obviously, any such argumentation is controversial because it must refer to such concepts as the ‘health of the constitutional order’, ‘immediate danger’, etc.,  which are contested concepts.

The question is whether this mode of argumentation against the Award is legally sound.

The presumption of constitutionality is a rule imposing on everyone the obligation to treat a statutory rule as compliant with the Constitution as long as the Tribunal does not declare the unconstitutionality of this rule.

A question arises regarding the scope of presumption imposed by   such a rule.

Article 178.1 – Judges, within the exercise of their office, shall be independent and subject only to the Constitution and statutes.

So far so good, but it can be argued that this argument does not apply to the Amending Statute, which has a special constitutional status based on article 197 of the Constitution.

Article 197- The organization of the Constitutional Tribunal, as well as the mode of proceedings before it, shall be specified by statute.

The argument runs as follows: the Constitution explicitly provides that the mode of proceedings will be regulated by a statute. Therefore, the Tribunal is bound by such a statute because otherwise, article 197 would not make sense.  If the Tribunal has the right to ignore the statute referred to in article 197, this would mean that the Tribunal may adopt any procedure it deems fit, which is a clear breach of article 197.

The first part of this counterargument seems to have certain degree of plausibility. Therefore, let us take a closer look at this issue. The introductory question is as follows: Should the Tribunal decide a case that refers to the Tribunal itself? Isn’t it a decision in causa sua, constituting a breach of a fundamental principle of the Rechtsstaat nemo iudex in causa sua? This is an interesting question. I will skip it and refer the reader to the paper by Barber and Vermeule.

If the Tribunal has the right to ignore the Amending Statute, it could use any procedure that it deemed appropriate, which would mean that there would be no procedure prescribed by the law at all.

There arises, however, an important question regarding to what extent this is applicable to the situation when the subject matter of the review is a statute determining the mode of the proceedings (in our case, the Amending Statute).

In this particular case, the Tribunal did not ignore the entire Amending Statute but refused to apply those of its provisions whose constitutionality had been challenged. These provisions were thus the subject-matter of the review. Was this decision legally correct, or was it an unconstitutional self-defense undertaken by the Tribunal?

I wish to argue that there are important arguments supporting the thesis that the decision not to apply the challenged provisions was legally correct. My argument runs as follows:

The starting point is the liar paradox, discovered more than 2000 years ago. If I say ‘I am lying’, is what I said true or false? Each answer leads to a contradiction.

Opponents of the Award argue as follows: the Award is wrong because it was not based on the relevant rules of the Amending Statute, which have been explicitly ignored by the Tribunal.

Is the analogy to the liar’s paradox sound?  I think it is not quite sound for two reasons. First, I would like to remind the reader of the dispute initiated by Alf Ross (with participation of inter alia Hart, Raz and Bulygin) relating to self-referring rules. Famously, Ross argued that self-referring rules (such as constitutional rules regulating amendments of the constitution) necessarily trigger a logical paradox.  Hart and others objected. I am not able to discuss this issue in details, but I think that irrespective of whether Ross was right and Hart wrong or vice versa, the paradox described above is not conceptually the same as Ross’s paradox.

Second, the liar paradox arises on both sides, irrespective of whether we assume that the sentence ‘I am lying’ is true or false. This is not the case for the paradox involving the Award. The paradox could have been avoided if the Tribunal had decided that the procedural rules of the Amending Agreement were not unconstitutional, but that would mean that logically (for the purpose of making the Award free of logical paradox), the Tribunal would have to confirm the constitutionality of the rules in question. This also appears to be paradoxical and is, in any event, at odds with the very nature of judicial review. The role of the Tribunal is to check the compliance of statutory rules with constitutional standards. The very fact that a declaration of constitutionality allows to avoid a logical paradox is not a sufficient basis for an award.

Is this sort of reasoning a standard (although sophisticated) legal reasoning, or is it rather a self-defense, exceeding the explicit powers vested in the Tribunal..

It is not an easy question. As a matter of fact, this is a legal-philosophical question that pertains to many fundamental problems, such the concept of law, the law’s boundaries, the distinction between reasoning about the law and reasoning in accordance with the law, etc.

In particular, the following questions arise: What is the force of logical arguments? Is logic embedded in the concept of law? Is any decision made in breach of logical rules wrong? Is the intention to avoid a logical paradox a sufficient justification for disregarding clear legal rules?

Let me consider another line of reasoning, which seems to be at least prima facie plausible. This line of reasoning ignores logical problems linked to self-reference. Its starting point is the trivial observation that awards of the Tribunal are final. They are not subject to control or review by anyone. Therefore, any award is ultimately binding, even if it is wrong or paradoxical. In addition, the declaration of unconstitutionality is effective (with certain minor exceptions) only pro futuro (ex nunc, as opposed to ex tunc).

Two conclusions follow from those two observations. First, the Award, even if issued on the basis of the unconstitutional rules, would be final and binding, notwithstanding the logical paradox. No one can question its validity. Second, because the declaration of unconstitutionality is effective only pro futuro, in the moment of the issuance of the Award, the challenged provisions could not yet be deemed unconstitutional, and therefore, no paradox is triggered. The Award would be based on the procedural rules of the Amending Statute, which were covered by the presumption of constitutionality immediately before issuance of the Award.

Are these conclusions sound? I believe that they are not for the following reasons. First, the fact that awards of the Tribunal are final and binding, even if they are wrong, does not support the conclusion that the Tribunal is free to issue any award notwithstanding logic and generally accepted rules of judicial reasoning.  A lack of logic triggers a lack of authority.

Is this a legal argument? I believe it is. Otherwise, we would have to agree that the Tribunal is free to issue any award. However, even if this is not a purely legal argument, it remains compelling.

Second, those who argue that the Tribunal should, in the proceedings finalized by the Award, comply with all rules of the Amending Statute, fall into an internal contradiction. Even if one assumes that their argumentation is correct, the very fact that the Tribunal was wrong does not trigger the invalidity or non-existence of the Award. If any award of the Tribunal is final and binding, then the Award is final and binding (dictum de omni). Therefore, those who argue that a logical paradox would not matter (due to finality of the Award) cannot simultaneously argue that the Award is invalid or non-existent.

References to the literature are omitted. 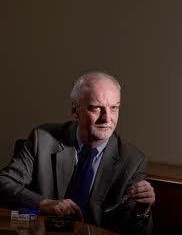