A Valuable Image: The Publicity of Global Justice Actors

To make some sense of these questions, I rely on the distinction between use-value and exchange value, articulated by Karl Marx. Value theory will ultimately allow us to consider how certain images of global injustice transform from simply visualising injustices to upholding (racial) capitalism.

The travelogue of a valuable image

In order to understand how images of global justice are circulated as a form of publicity, let us follow one image on its journey: A photograph of Thomas Lubanga Dyilo of the Democratic Republic of the Congo, convicted of war crimes at the International Criminal Court (ICC). The photograph was taken at Lubanga’s sentencing in July 2012 by Dutch photographer Jerry Lampen. Lampen had been hired by the media company ANP to take photographs, which then sold the image to Reuters for its distribution. The US news outlet CBS News used the image in a story which described the sentencing as a ‘watershed moment’ for the ICC and a ‘potential landmark in the struggle to protect children during wartime.’ The story also referred to Lubanga showing ‘no emotion’ as the decision was read out. The story of the ICC’s first sentence also ran in The New York Times. Other news outlets of the Global North that used the photograph typically ran with a variation of the headline ‘Congolese warlord jailed’. The Coalition for the International Criminal Court – the NGO which was established for the purpose of supporting the ICC – used the image in 2015 in order to question whether the length of Lubanga’s sentence should, as per Court procedure, be reconsidered. In the following year, the image re-emerged in the form of a huge painting by Brooklyn-based artist Bradley McCallum at a side event of the Assembly of States Parties of the ICC. The painting is captioned ‘Warlord’. McCallum’s exhibition Weights and Measures: Portraits of Justice featuring the image was also exhibited in New York, Limerick, and Johannesburg. The photograph has an impressive travelogue: From the courtroom in The Hague to news outlets, to NGO reports, to exhibitions.

This was the journey of just one image; but what if we consider the patterns of image selection? Representations by global justice actors typically reproduce fairly common stereotypes. In this case, the circulated image creates or sustains preconceptions about black males as perpetrators, as ‘warlords’. The typical image is of a single male, without family or friends, the camera lens zoomed into the face. Erased are any signs of social, historical, and political context, as well as any humanising signs that the perpetrator may be a person who works, worries, loves, laughs, cries. The perpetrator is reduced to a black man with ‘no emotions’. For the Court, this image reinforces the need to prosecute ‘bad’ people; its purpose as dispensing justice is fortified. The audience of the image – in particular news consumers and the supporters of NGOs – can seek comfort in this. Justice has been done after a black man committed terrible crimes. The simplicity of this narrative creates, in the words of Immi Tallgren, ‘consoling patterns of causality’ against the background of social, political, and economic complexities.

We can take from this that the circulation of the image shifted the emphasis of the utility of the photograph – from an image which visualises the defendant, to a tool of legitimacy for the ICC more generally. The image became a form of publicity for the ICC, a means to attract resources for its version of global justice in the competitive global justice sector. Publicity, already definitionally, assumes an audience of consumers or donors and is therefore a communicative means of exchange. According to Jodi Dean, publicity is a form of monetisable communication which reconstitutes the public from political actors to consumers.

An image’s use-value mostly lies in its utility to visualise and to document. An image (including a digital version) can in this sense be used as information and explanation. The photograph is typically the global justice actors’ preferred medium of imagery. No doubt the preference for photography is due to a photograph’s claim to truth. Indeed, photographs are often used in the courtroom as a form of evidence – an inanimate witness to the facts presented. ‘A photograph’, observed Susan Sontag in her famous book On Photography, ‘seems to have a more innocent, and therefore more accurate, relation to visible reality than do other mimetic objects’. However, through its circulation outside of the courtroom, something about the value of the image changes; it takes on a monetisable form – it takes on value as a commodity for exchange.

Applying this process of commodification to images relating to global justice, one might say that images make injustices visible for political contestation (their use-value) as well as being a means to attract capital in a global market of competitive actors claiming a monopoly over their solution to global justice (their exchange value). If exchange value is prioritised, then some images are more ‘valuable’ than others, namely the ones which improve the market value of international organisations and other global justice actors. Here, it is essential therefore to consider not only the commodity form of the image, but specifically what it depicts. The image of the defendant has not only increased the value of the ICC, it has also taken on a role in the further marketisation of social values along a distinctly racialised divide. 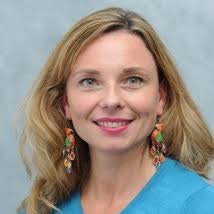