Affirmative Action in Malaysia: Constitutional Conflict with the ICERD?

Since the landmark event of 9th May 2018 in Malaysia, when a peaceful, democratic revolution dismantled the stronghold of Malaysia’s single-party rule for the past 61 years, the newly minted government has made robust promises for the betterment of Malaysian citizens. One of these promises includes a renewed commitment to the development of human rights in the country. This commitment was recently tested, as Malaysia debated a decision to ratify the United Nations International Convention on the Elimination of All Forms of Racial Discrimination (ICERD). A 700-odd crowd protested and opposed Malaysia’s intended ratification, amongst other vocal opponents who have expressed themselves through press conferences and social media. Four days ago, Malaysia finally decided not to ratify the ICERD. Why, one might ask? Is it really an unreasonable thing to hope for racial equality? An answer could lie in what Thomas Sowell once stated: “When people get used to preferential treatment, equal treatment seems like discrimination.”

Affirmative Action and Article 153 of the Federal Constitution

Malaysia is ‘Truly Asia’, boasting a rich melting pot of different cultures that has come to characterize the way it is recognized on the global stage. Despite its political strife over the last decade, its multi-layered culturalism and charm has always remained a cornerstone of Malaysia’s foundation. When Malaysia gained its independence from the British in 1957, the Reid Commission recognized the economic difficulties of the majority ethnic group, the bumiputera, comprising largely the Malays. It was specifically based upon this recognition that the founding fathers of the country agreed on the affirmative action provisions in Article 153 of the Federal Constitution. Article 153, Clause (1) places upon the Yang di-Pertuan Agong (the King) the responsibility to “safeguard the special position of the Malays and natives of any of the States of Sabah and Sarawak.” Clause (2) of the same Article 153 further outlines the Yang di-Pertuan’s Agong authority to exercise all functions that are necessary, specifically mentioning the “safeguards” that could be taken. These include, inter alia, reservation of positions in public office, education, trade or businesses, and other training or special facilities.

On this basis, the wheels of the affirmative action plan for the development of the bumiputera were set into motion. Over the years, from the culmination of this affirmative action plan, the Malaysian government further launched a national economic program (the Malaysian National Economic Policy) that would address the continuing economic inequalities between the bumiputera and the Malaysian Chinese and Indians, whose forefathers migrated to the country in the 19th century.

Although the “special position” of the bumiputera has always been regarded as a quintessential part of Malaysian life, debates about the true nature of Article 153 opened up new avenues of discourse and debates between politicians, academics and constitutional lawyers alike. Questions about this “special position” hovered on interpretations of whether it was a guaranteed constitutional “right” in the same manner as other fundamental constitutional liberties were, while others proclaimed that “positive discrimination” was needed in multi-cultural Malaysia. Others were of the view that the affirmative action provision was meant to categorize Malays (primarily) as a ‘higher’ class of citizens, therefore allowing them to benefit from preferential treatment in many sectors of public life. This leads to the perpetuation of systemic ‘racism’ in the country, where many politicians and other individuals alike, make discriminatory statements, or carry out discriminatory actions against others, (primarily the non-bumiputera) because they misinterpret the nature of the preferential treatment. In the past decade, the narrative of ‘ketuanan Melayu’ (Malay pre-eminence) was stressed by the then ruling government, despite the fact that bumiputera also encompassed the indigenous peoples of Malaysia (whose voices were generally subdued). In any case, many non-bumiputeras or non-Malays certainly felt that they received the poor end of the bargain, often being subjugated to the ‘quota’ system in employment in public office, education, scholarships, housing and other aspects of socio-economic life. The open-minded and reasonable citizen would not seek to urge the removal of preferential treatment for the bumiputera, understanding that it has become part of the fabric of the country; but rather, for other equally transparent opportunities to be afforded in a similar manner to non-bumiputeras. It was hoped that ratifying ICERD would contribute to a new direction of national policy in the equality discourse.

Opposition to Ratification of the ICERD

The opposition to Malaysia’s ratification of the ICERD has been vehement, to say the least. But there was also considerable disappointment among the numerous factions of civil society that wished to see Malaysia commit to a better standard of protecting human rights— and particularly against racial discrimination in the country. It cannot be contended, however, that the decision not to ratify ICERD came as a surprise. The biggest concern is that ratifying the ICERD would entail the necessity to amend Article 153 of the Federal Constitution, and ‘remove’ the “special position” of the bumiputera. Since the fundamental tenets of the ICERD are to promote equal treatment of all races and to combat racial discrimination, the opponents to ICERD undoubtedly ‘fear’ the removal of the bumiputera “special position”. In addition, there was also disconcert that ratification of the ICERD would undermine Islam as the official religion of the state; this likely stems from the fact that all persons of Malay ethnic origin are ‘automatically’ Muslim, and apostasy is not, prima facie, permitted. This could be interpreted to mean that freedom of religion (particularly for Malay-Muslims) is a disguised fallacy.

Constitutional Conflict as a Pretext

In my opinion, the ratification of ICERD would not constitute a constitutional conflict with Malaysia’s highest law. Firstly, contrary to what the populist narrative would have us think, amending the Constitution is no easy task. Some would perhaps even say it is, at this point, impossible — because the present government is unlikely to ever obtain the two-thirds majority required to pass such amendment in Parliament. In addition, the “special position” has been cemented into constitutional practice for the past 61 years, rendering the monarch, the Yang di-Pertuan Agong, the arbiter of such reasonable actions that may be taken to give effect to the “special position”. The reality is simply that no reasonable person would voluntarily choose to challenge the authority of the Yang di-Pertuan Agong in this respect. Since the “special position” is constitutionally secured, domestic legislation implementing the ICERD would need to be drafted in accordance with the Federal Constitution. In any case, it is possible for a State to ratify an international treaty with reservations, or clarification.

Secondly, the ratification of ICERD would, in fact, be a commitment to the constitutional guarantee under Article 8 of the Federal Constitution. Article 8 of the Federal Constitution acknowledges that all people are equal before the law and prohibits discrimination against citizens “on the ground only of religion, race, descent, place of birth or gender in any law…”.  Hence, ratifying the ICERD would simply be an express, continuing clarification of Article 8’s constitutional guarantee. If so, the real reason for not ratifying ICERD might be that it would then be more difficult to avoid the prying eyes of international monitoring standards of human rights in this context.

Finally, the connection between ICERD ratification and the possible undermining of Islam is absurd (with the exception of Brunei and Malaysia, many other Islamic countries have already ratified the ICERD). The promotion of non-discrimination and racial equality in no way means that Islam is displaced as the official religion of the country. Article 3, Clause (1) of the Federal Constitution proclaims Islam as the official religion, but also expressly states that “other religions may be practiced in peace and harmony in any part of the Federation.” Moreover, Article 11 of the Federal Constitution further guarantees freedom of religion, where “every person has the right to profess and practice his religion, and (…) to propagate it.” The concern about the displacement of Islam is, I surmise, based on the undercurrent of a tug-of-war between religious Shari’a courts and the ordinary civil courts in Malaysia. Contrary to popular ideas of apostasy in Islam, it is possible to denounce Islam. The path to do so in Malaysia is, however, extremely challenging, subject to the Shari’a law, and fraught with conflicting interpretations on the implications of Shari’a laws. In  Lina Joy v Majlis Agama Islam Wilayah Persekutuan Malaysia’s Federal Court reinforced the authority of the Shari’a courts and refused to recognize the conversion of a Malay-Muslim woman to Christianity. Against this background, there may be concern that cases such as that of Lina Joy would have to be decided differently under the ICERD, leading to a conflict between international norms and the need to balance jurisdiction between Shari’a courts and civil courts in matters relating to Islam.

I am deeply disappointed in Malaysia’s decision not to ratify the ICERD. Despite the challenges that such ratification would seemingly pose to Malaysia’s political environment, the commitment to human rights in our contemporary settings is more urgent than ever. By choosing not to ratify the ICERD, Malaysia places itself among the ranks of countries like North Korea and South Sudan. Rejecting the ratification, in essence, amounts to rejection of a further commitment to racial equality, the continued fight against hate speech, and the affirmed prohibition against discrimination — and one may interpret this failure as permission for the alleged systematic ‘racism’ to persist. Given Malaysia’s recent pronouncement at the Universal Periodic Review in Geneva that female genital mutilation in Malaysia is consistent with its ‘cultural’ practices, the non-ratification of ICERD scatters salt in wounds of the human rights situation in Malaysia. 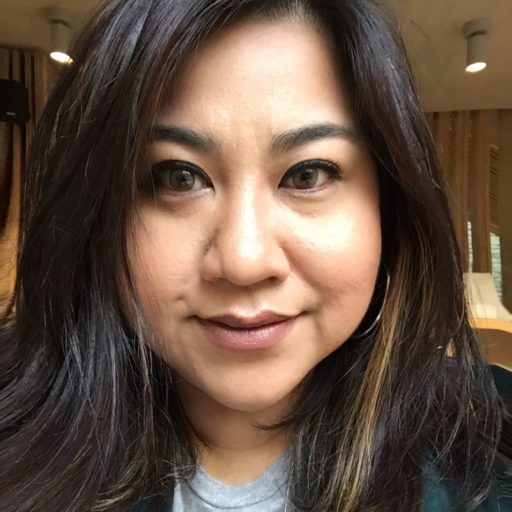 Other posts about this region:
Malaysia 3 comments Join the discussion
Go to Top