A feeling of hope spread among liberal and progressive social and intellectual groups in many European countries from the very beginning of the European integration process. The reasons were different. Many hoped that integration would put an end to centuries of blood-shedding wars – which, so far, luckily succeeded, although only within the borders of the EU, and not in its even immediate neighbourhood. Some others saw in the EU the possibility for a better defense of the continental welfare state – which was undoubtedly less successful. Some countries identified in the EU the best bulwark against the geopolitical decline, or for the restoration of international reputation after a deep-going collapse of the most significant values of human civilization. And indeed, in many cases the European integration helped to consolidate democratic institutions and the rule of law in countries which were emerging from long-lasting dictatorial regimes and had no deeply rooted democratic traditions. Finally, some political and intellectual groups – especially in countries that were still struggling to find a full connection with modernity – expected that the European integration would help to fight corruption, to boost investments and research and to establish a more efficient administration and justice.

As regards this last point – we have to admit – things did not come as the modernizers hoped for. Rather, EU resources were used by backwards-oriented elites to strengthen their trench against change. At the same time, corruption found a new and powerful fuel. On the other hand, when EU institutions intervened, this happened in  most cases without due sensibility, leaving the bad taste of a technocratic governance at the service of the powerful (foreign) investors and largely indifferent to the growing poverty of less fortunate fellow citizens. Instead of reprimanding national institutions for bad governance, the EU authorities often made the whole populace responsible for the mess, imposing measures that mostly hit the less powerful social groups. Furthermore, insofar as supranational governance made room again for intergovernmental decisions, foreign governments showed a worrying lack of responsibility and solidarity – an attitude that became a famous target of a well-grounded despise through the unfortunate expression that every country should make its own “homework”.

We have the consequence of this approach before our eyes. While the financial crisis is still far away from a convincing solution, poverty is growing in many countries, betraying the original promise that the European integration would make societies more homogeneous and each of them more wealthy and just. The response to this disappointing state of affairs has been a strong revival of nationalism, first within the political debate, and then also among intellectuals and scholars in many fields, from political science to economy, and from law to humanities. Curiously, the tendency to renationalization is based on an unprecedented and surprising alliance between intellectuals and political groups which were generally rather distant from one another. First, we have leftists who seems to believe that going back to national sovereignty would automatically guarantee more justice, as if the problems would stop at the national borders. Secondly, former supporters of European technocracy join unexpectedly in, who, after having defended for long time the specific supranational output-legitimacy, suddenly discover that input-legitimacy is irreplaceable, whereas the only element which is never taken seriously into account is the possibility of a supranational democracy. The only component of the new renationalization movement which always remained consistent with itself is that of the hardcore advocates of the limits of integration.

Against this background, von Bogdandy’s and Ioannidis’ proposal stands out, due to its originality and courage. In particular, it keeps a healthy distance from the idea that European integration should be made more intergovernmental while maintaining strong connections between the renationalized member states. This solution is inevitably doomed to be interpreted by people affected by measures as a kind of unduly interference from outside, or even as a form of mild foreign occupation. To the contrary, von Bogdandy and Ioannidis call for an action which is explicitly supranational, thus safeguarding the most specific and precious dimension of European integration. Surely, many obstacles lie on the way of the realization of the proposal. First, we may wonder how the idea is to be concretely implemented. Yet, it is not on this point that I would like to focus the attention, but on the question of its legitimacy. Indeed, the proposal to link the support to the solution of domestic problems to the intervention of experts from outside reminds us of a praxis which was quite usual in the Italian “communes” between the late Middle Ages and the early Modern Ages. There, when a community seemed to be incapable of resolving internal problems, a foreign personality endowed with the necessary competences – the “podestà straniero” – was appointed with the specific purpose to put an end to the domestic quarrels and inefficiency. However, we are now far away from the time of the Italian “communes” and our idea of democracy is far more demanding. Therefore, a cautious approach is almost inevitable.

Von Bogdandy and Ioannidis’ implicit suggestion that the question of legitimacy could be bypassed through the circumstance that the experts appointed to guarantee the rationalization of Greek institutions – insofar as the domestic authorities seem not to be able to implement it – should come from the Greek diaspora is not really convincing. In fact, the “traitors from inside” is generally subject to no less hatred than the “foreign occupiers” – sometimes they are met with even more rejection. Yet, there is an even more essential element: The common national belonging would be understood just as a pretest to cover what is – and has to be in the most fundamental meaning of the proposal – an intervention from outside. The experts may be Greeks, but they would have the authority and the resources to act only on the basis of a legitimacy, which cannot arise only from Greek society and establishment. If it would be so, we would not need any action. But which legitimacy, now, we can resort to? I think that the answer could be found in an approach which would mark, at the same time, a step forwards in the European integration. In fact, some countries – not just Greece, indeed – need help, and this resources cannot but come from the rest of the Union. However, they cannot – and should not – come without conditions. But these conditions should be determined in the name of all European citizens. In other words, Greek citizens would get support as European citizens from all other European citizens. Furthermore, if measures should be imposed, this should happen – and be uncompromisingly understood – as an action accomplished by European citizens towards other European citizens, therefore also by Greek citizens towards themselves. The step forward would consists in a revitalization of the supranational institutions of EU and, lastly, in a revival of the federal idea of the European integration, after one and a half decades of unsuccessful intergovernmentalism.

Put this way, the solution seems to have an exceedingly formal touch. But it is not so. In fact, it has to be accompanied by a significant increase of sensibility towards the destiny of those social groups which are carrying the most heavy burden of the crisis. This means that solidarity has to be rediscovered at the European level. Only if  measures that supranational authorities impose to domestic constituencies can be understood as expression of a sincere – even if surely not unconditioned – solidarity, they will be accepted as self-imposed “homework” in order to guarantee a better future to all fellow citizens, national as well as supranational.

Concluding, how could von Bogdandy’s and Ioannidis’ proposal be complemented or, to some extent, even corrected? First, resorting to Greek experts living and working outside Greece may be reasonable since it is to assume that they dispose of a deeper knowledge of the specific situation of their original home country than anyone else. Nevertheless, it should not be presented as a move to solve the issue of legitimacy. In fact, the solution does not become more legitimated only because those who should be vested with more competences – yet, on the basis of EU resources – originally come from the country which is supposed to need more deep-going reforms. Secondly, it should be outlined that the intervention has to bear no trait of intergovernmentalism, but be explicitly supranational. Indeed – and here comes the third point – if the measures are described as supranational and decided on the basis of supranational procedures, then the question of legitimacy finds a way to a possible solution. What is decided and implemented, in fact, would take the shape of decisions and actions by EU citizens for the sake of EU citizens. Put it in a simple way, it would mean that Greeks help themselves, and that they do it as EU citizens – along with all other EU citizens and with their support. Fourthly, the highest attention should be stressed towards the social situation of the country and, in particular, of those who have seen their living conditions becoming worse during the last years and their perspective for the future – as well as for the future of their children – almost fading away in the dust of despair. 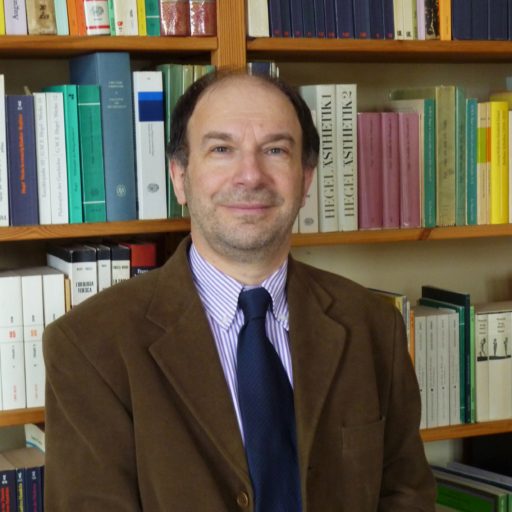