When on 17 August 1945, the Indonesian nationalist Sukarno declared the independence of the Republic of Indonesia, he reshaped not just the history of the archipelago, but also that of international law. Sukarno’s proclamation triggered a momentous military struggle with the Dutch government, which sought to recolonize the country after Japan’s capitulation, and it prompted global debate about the role of international law in determining sovereignty over decolonizing spaces, and with regard to what sort of violence was to be tolerated during this tumultuous process. More than seven decades later, the specter of the Indonesian Revolution is still haunting our understanding of Dutch imperial violence, and how Dutch collective memory remembers this past of transgression today.

The role of (international) law can hardly be overestimated in this process. It has played a remarkably important role in Dutch attempts to coming to terms with this past, for instance by means of facilitating anti-racist activism and/or groundbreaking litigation efforts that seek to provide reparations to Indonesian victims of Dutch transgression, and it has triggered attempts to reinterpret the history of Dutch imperial violence, for example by means of providing a vocabulary for articulating violations in wartime.

But invoking the law always comes at a risk. Some observers have wondered, for example, whether the laws of war applied to Dutch military actions in Indonesia, since those rules were allegedly only relevant to situations of belligerency in accordance with the laws of war. As is well-known today, the Dutch government argued at the time that its intervention in Indonesia did not constitute war, but represented a campaign of ‘police actions’ to restore colonial sovereignty. Other observers have suggested that applying the laws of war retroactively – and despite statutory limitations – in order to characterize Dutch transgression in wartime as ‘war crimes,’ or as wrongful, might be historically anachronistic, legally imprecise, and/or represent ex post facto law, since the Geneva Conventions were adopted only in the year that the conflict officially ended (1949).

These questions have come to the fore as a joint research program conducted by three major Dutch research institutions – the NIOD Institute for War, Holocaust and Genocide Studies, Royal Netherlands Institute of Southeast Asian and Caribbean Studies, and the Netherlands Institute of Military History – into the war’s history is about to publish its first reports. These eagerly anticipated studies are expected to come out next month – i.e. in February 2022, undoubtedly triggering extensive debate about the history of Dutch transgression.

For this historical exegesis to become meaningful, however, it is vital to return to the question of the war’s (international) legal history, and what this might tell us about the role of law in shaping ongoing conversations concerning race, mass violence, and empire. In this blog post, I want to highlight two central issues regarding the conflict’s legal history – one involving the alleged non-application of the laws of war to the conflict which has been a mainstay argument in Dutch official narratives, and the other regarding the ways in which we delineate today our legal-moral reasoning with respect to Dutch transgression.

On the first issue, it is far too often argued that the laws of war never played any significant role in shaping racialized colonial wars like the one in Indonesia, and that colonial powers always refused to accept international interference in their domestic affairs. In reality, these international mechanisms did matter during the war in Indonesia. As I have argued elsewhere, they helped transform the war’s conduct in surprising ways and shaped global conversations about claims of Indonesian self-determination at the United Nations and beyond.

As the official depository of the Hague Conventions, the Dutch government not only shared a long history with the laws of war, but also identified itself as one of its guardians. This image of the Dutch as the gatekeepers, as the so-called civilized protectors of the Hague Conventions came under severe pressure, however, during this armed conflict in the 1940s, as the atrocities they had committed in wartime became quickly known.

Many of these revelations were articulated through concepts and vocabulary that had their roots in a longer tradition of the laws of war. Indeed, both sides – the Indonesians and Dutch – actively used and instrumentalized the international (legal) stage to legitimize their respective claims and armed struggle against the enemy. For instance, leading Dutch military officials, such as the commander-in-chief, Simon Spoor, also a former teacher of the laws of war, were familiar with international law and actively instrumentalized its principles to their own benefit. They invoked principles of (international) law to make claims on the global stage, to defame their enemy, to structure their regime of violence, to prepare detention regulations, and to try to showcase their compliance with these evolving international standards following the post-1945 criminal tribunals.

When the revision of the Geneva Conventions began after the Second World War, the Dutch government actively participated in this process, sending large delegations, submitting various proposals, and trying to transform the law’s future. While doing so, the Dutch government also opposed ICRC proposals to directly apply these Conventions to colonial wars like the one in Indonesia. The Hague voiced major alarm about these ICRC proposals. It feared that these might empower its Republican adversaries and enable anti-colonial forces to intervene in what it saw as its own domestic affairs. For these reasons, the Dutch delegation (which, unlike the Indonesians, received an invitation to take part in these negotiations) resisted every effort to have the provisions of the Conventions applied to so-called ‘internal conflicts.’

The Dutch delegation in 1949 – when the final diplomatic conference took place – also made sure that the proposals dealing with war crimes would have no direct impact, either then or in the future, on its counterinsurgency campaign against Indonesian guerrillas, or other irregulars which it might have to face in the future.

The Specter of Revolution in Geneva

During this revision process in Geneva, Dutch delegation members proposed a new international war crimes regime that would have no immediate effect on their government’s transgressions in Indonesia. Their main goal was to prevent a repetition of the Nazi and Japanese war crimes visited on white European nationals while leaving the door open for transgression in colonial war. These restrictions, which resulted in the adoption of a much less ambitious Grave Breaches regime, was also influenced by greater strategic considerations involving the stability of the international order and Cold War interests, with both the United States and Great Britain opposing far-reaching criminal law proposals out of fear of undermining their military designs to deter so-called Soviet aggression.

As a result, Common Article 3, the provision that specifically regulates armed conflicts within states or empires, made no mention of war crimes and remained a legally reduced text that fell largely in line with the Dutch colonial state’s interests, while the Dutch narratives of the war in Indonesia remained largely in place, despite Indonesian and radical left-wing criticisms, with critical ramifications for how Dutch observers and legal practitioners today continue to struggle with characterizing the war’s international legal nature – whether being a war of recolonization, ‘police actions,’ non-international armed conflict, or as a war of aggression.

Retrieving the History of Dutch Aggression

This gets to me to my second point – on the ways in which we structure our legal priorities today when dealing with law in war. If we accept the relevance of the laws of war for thinking about the war’s history, then we need to ask further questions about the broader legal spectrum of law in war – and whether we get our priorities right. For example, one could ask what is to be gained from writing a multi-volume history of Dutch transgression in wartime (jus in bello) when we know comparatively so little about the illegality of the war itself (jus ad bellum). What are the advantages of writing a history of Dutch aggression instead?

To start with writing such a history, one could begin by taking a different analytical starting point – e.g. Indonesian claim-making. For instance, in being unwilling to recognize violence that amounted, in Indonesian eyes, to Dutch aggression, international observers such as the International Committee of the Red Cross (ICRC) were being challenged by their Republican partners to rephrase their legal reasoning. The Indonesians realized that the ICRC was replicating Dutch narratives of the war while countering their legal claim of aggression. Indeed, the ICRC adopted legal discourse (e.g. ‘police actions’) that amplified the colonizer’s claims while relegating Indonesian counter-arguments to the margins.

This shows not just The Hague’s ability to use ostensible legal reasoning to legitimize its brutal violence in Indonesia, or that some international observers such as the ICRC were remarkably receptive to such deceptive messages, but it also raises questions about how we write and remember this legal history of the war.

If historians, activists, and legal practitioners wish to remove the sharpest edges of Dutch state power by questioning transgression in wartime, then what is there to say about the illegality of the war and its implications for today – from recognizing Sukarno’s proclamation, apologizing for committing aggression, to paying more extensive reparations? What explains the comparative silence on questions like these compared to the long list of recent publications exploring the history of Dutch war crimes? What sort of generative potential can be attained if we direct our spare moral energy to writing, and/or litigating, the history of Dutch transgression in relation to the act of waging aggressive war? And how might this affect our thinking about the long history of Dutch transgression against states in the Global South – see the Dutch government’s political support for aggression against Iraq in 2003, or its military contribution to the so-called humanitarian intervention in Libya in 2011.

Based on the Conventions’ drafting history, we now know about the Dutch government’s support for Anglo-American proposals to close the door for anti-colonial irregulars, to starve civilians through legalized blockade, and to tolerate the use of indiscriminate bombing on cities, with dramatic consequences for enemy civilians, including those living in places like Hawija today. But if we broaden our telescopic moral focus to include the illegality of war itself, then we might be able to scrutinize the deeper mechanisms behind the much-heralded ‘Dutch approach’ to war-making. In turn, this might enable the emergence of new narratives of Dutch transgression around wartime – both now and in the past, to create a more humane future.

Other posts about this region:
Indonesia, Niederlande 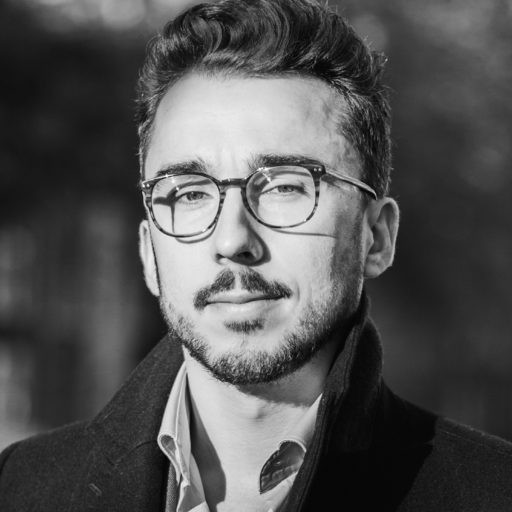 Boyd van Dijk Dr. Boyd van Dijk is a McKenzie Fellow at the Melbourne Law School. He taught previously at the London School of Economics, King’s College London, Queen Mary, and the University of Amsterdam.