Are National Governments Liable if They Miss Their Relocation Quota of Refugees?

Last week, the Spanish Supreme Court declared that between 2015 and 2017 the Government of Spain had failed to relocate 19.449 refugees from Greece and Italy. The Court considered in its Judgement of 9th July of 2018 that Spain was bound by two Council Decisions of May and September 2015 establishing an EU Emergency Relocation Mechanism aimed at distributing some of the refugees that arrived at their coasts during the so-called ‘refugee crisis’ (see some key documents here). The relocation mechanism included a table with the number of refugees Member States were obliged to accommodate in their own international protection systems (‘quota’).

Taking advantage of this, an NGO advocating for legal and safe pathways for refugees to arrive to Europe called Stop Mare Mortum, asked the Supreme Court to declare that the Spanish Government had failed to respect the Council Decisions which included clear and concrete obligations, particularly the quota of refugees allocated to Spain. To do so, the NGO relied on the previous ECJ (Grand Chamber) Judgement from 6th of September 2017, Slovak Republic and Hungary v. European Council (C-643/15 y C-647/15) that had clearly declared the obligations and quotas as legally binding for all Member States, thus refusing Hungarian and Slovak actions for annulment of the Council’s Decisions. The Court found both countries were in breach of EU Law for their plain refusal to relocate any refugee from Greece or Italy.

Prior to analyzing and trying to argue why the Spanish Supreme Court Judgement might become a landmark case on the issue, it is necessary to clarify a couple key procedural questions: the NGO Stop Mare Mortum brought the case directly before the Supreme Court after a previous request submitted to the Spanish Government (governed by the Popular Party back then) was completely ignored by the Spanish Government without even providing a formal response. The lack of a formal answer from the Government made it possible to directly challenge the Government’s inaction and lack of success in fulfilling its duties under the EU Emergency Relocation Mechanism and provide protection to the refugees allocated under such mechanism. From a procedural point of view that was a shortcut that proved highly beneficial for the NGO, as it shortened the usually slow and long judicial procedures before the inferior courts and ensured the judgment would be final, as the Supreme Court is the highest court in the Spanish ordinary judicial system and the judgment could not be appealed.

Regarding the merits of the case, the Spanish Supreme’s Court Judgment departs from well-established case-law on the legally binding nature of the Council’s Decisions, and in particular from the previous ECJ Judgement of September 2017, where Hungary and the Slovak Republic tried precisely to dispute the legal and binding nature of the Council’s Decisions. Interestingly, the present case was slightly different and far more complex, because Spain did not refuse to comply, but that it had done quite inefficiently arguing it was not its fault and that the program was ‘temporary’ and was not being run anymore. In the Supreme Court’s view, the European Commission is the institution responsible for the monitorization and assessment of the actions taken by the Member State to fulfill their obligations under EU Law, and ultimately to open infringement procedures against them if they have not done so or, alternatively, evaluate the efficacy of the existing legislation and redress the shortcomings, even by means of its powers to submit new legislative proposals (or amendments).

The Spanish Supreme Court, however, highlights that the Commission is not the only institution responsible in supervising the right application of EU Law; it is the duty of National Courts to also control the Government/Administration application of EU Law regardless of the approach taken by the Commission, and this is so on grounds of the well-known direct effect of EU Law (interesting part of the Judgement by the way, where it indirectly points out at the inconsistency of the Commission’s threat to open infringement proceedings against several Member States in one of the last relocation progress reports but ultimately never doing so, not even in the aftermath the ECJ Judgment).

However, Courts in Spain can not act on their own initiative. It is for this reason that existing relevant legislation allowing for the NGOs to represent the general interest or even collective interests before the Courts in administrative cases were a key factor of success. A flexible interpretation of the rules of standing by the Supreme Court -in line with previous consolidated Spanish case-law-, allowed the Court to consider that among Stop’s founding objectives and tasks was advocating for migrants and refugees’ rights, so the NGO had to be admitted as plaintiff. Having flexible standing for NGOs to go to Courts and watchdog Government/Administration engagement with EU Law becomes crucial to advance human rights advocacy and litigation. On top of that, the Supreme Court rejected the Government’s suggestion to send a preliminary question to the ECJ on the issue, because it considered the issue clear and no clarification from the ECJ was needed.

As a second set of questions, the Supreme Court analyses the Government’s submission that a request to relocate the quotas assigned to Spain was “extemporary” and “non enforceable”. As the European Commission admitted in its own reports, the Supreme Court concedes that there may be many factors that may render the relocation of refugees from Greece and Italy difficult. Moreover, the Court agrees with the Government that some of those difficulties may not even be the fault of the Spanish Government, although it also points out that Spain did not make use of the emergency clauses in the Council Decisions that allow for the temporary suspension of the relocation program.

After a slightly unclear discussion of the different arguments, the Court finds that Spain was not diligent enough in providing the relocation mechanism with sufficient and timely relocation options for the managers of the mechanism to send refugees relocated from Greece or Italy. The Court does not go further to admit – as the plaintiffs requested – that the Spanish Government acted in bad faith slowing down the process and disincentivizing the relocation to Spain, by providing each month purposefully insignificant numbers to avoid being sent larger groups of refugees. Nevertheless, the Court considers that the effort made by Spain was clearly insufficient to reach its 19.449 quota of refugees. Having relocated less than 13% of its quota, we could say that the Supreme Court was more than generous in considering it was only insufficient diligence instead of a tactic to slow down the relocation of refugees as the NGO tried to argue. Probably, the Court preferred to take that path because of the insufficient evidence to prove misconduct or bad faith, and balanced the results against the fact that many other factors converged to render the emergency mechanism inefficient.

Summing up, the Spanish Supreme Court’s Judgement opens several questions and even some avenues of action that show transnational potential. First of all, it is reasonable to ask ourselves why the European Commission was so mild with the Member States given their overall low rates of fulfilment of their refugee quotas; more specifically, why did it not start infringement proceedings against the Member States that were most ineffective in supporting the relocation mechanism although it was asked to do so by several NGOs? And second, and more importantly, if the Spanish Supreme Court is right in its reasoning, similar suits could be filed in other EU countries to force Governments through judicial suits and/or injunctions to reach those quotas or to look for equivalent remedies. If that would be the case, Governments would be forced to stay loyal to their solidarity duties and to contribute in good faith to established mechanisms for burden sharing.

This would be really good news, not only for Member States managing unexpected refugee flows at the EU’s external borders, but also for us all because those Member States wouldn’t have any excuse to withdraw from their obligations under the Geneva Convention, as well as the Dublin Regulation and the rest of EU Asylum Law. In this sense, the Council and the European Parliament should be taking due note and make a further effort to agree on the establishment of a permanent relocation mechanism among Member States. This would be a significant step in terms of creating legal mechanisms of burden-sharing that detail into enforceable law and specific duties the principle of solidarity, but would also create instruments that indirectly help to design a system that includes legal and safe pathways to Europe. Additionally, the agreement on such permanent mechanism would ease the enforcement of any potential judgements in line with this landmark Spanish judgement. Governments could count on a working instrument to relocate refugees if so ordered by the Judiciary. 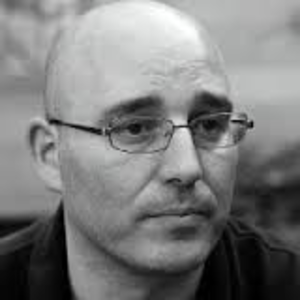 David Moya Dr. David Moya is a Professor of Constitutional Law at the University of Barcelona and Coordinator of the UB Master Program on Contemporary Migration.