As the Lungs of the Earth Dry Out, Climate Litigation Heats Up

Can rights-based strategies become a valid tool for the protection of the Amazon Forest?

Known as lungs of the earth, the Amazon Forest is one of the most valuable ecosystems on earth, both for the ecological services it provides to the communities living in the region, and for its ability to absorb greenhouse gas emissions. However, recent studies have shown that climate change and deforestation risk to irreversibly compromise the Forest’s capacity to act as a carbon sink, and in some territories, as the home and habitat of human and non-human species.

Against this background, grassroots movements and political organizations in South America have been resorting to climate litigation to halt deforestation in the Amazon. Unsurprisingly, given the Amazon Forest’s essentiality to the well-being of local populations and humanity at large, human rights have emerged as a tool to seek its protection.

In line with a global trend, rights-based arguments have been at the core of four recent climate lawsuits aiming to protect the Amazon ecosystem in Colombia, Peru and Brazil. In the three countries, local organizations sued their national governments for their failure to regulate deforestation and protect citizens from climate change. In Dejusticia (Rodríguez Pena and others) v. Colombia and Alvarez v. Peru, a group of children and young people claimed that the lack of adequate policies enhanced their vulnerability to the climate and ecological crisis, thus posing a threat to their human rights. Although similar in their arguments, the two analyzed Brazilian cases – PSB et al. v. Brazil and IAS et al. v. Brazil – differed on multiple aspects, including the complainants’ identity, the procedure used and the policy background.

While the Colombian and Peruvian claimants resorted to procedures aimed to the protection of individuals against human rights violations (tutela), the Brazilian lawsuits, filed respectively by a coalition of political parties and civil associations, and an environmental organization, were public interest actions. Moreover, the latter ones emerged in the context of the prolonged deregulation policy under Bolsonaro’s mandate. In that sense, they did not address a policy vacuum, but rather the government’s misalignment with commitments taken by the previous executives.

In the following paragraphs, the blogpost delves into the rights-based arguments used in the four cases and assesses their potential benefits to the aim of protecting the Amazon territory.

The right to a healthy and balanced environment: common grounds and trends

The right to a healthy environment occupied a central role in the legal argumentation of the four cases.  The petitioners stressed its legal strength: as a fundamental precept triggering specific state duties, an enforceable norm whose minimum content is ineludible, and as an indivisible and inalienable right whose effectiveness is explicitly required by the Constitution.

Moreover, the intergenerational dimension of the environmental right emerged in multiple instances.  In the Alvarez and the Dejusticia cases, the emphasis on intergenerational equity had to do with the fact that the plaintiffs were a group of young adults, adolescents, and children. They framed the right to a healthy environment as the young generations’ right to life or “to a life project”, i.e., to be granted the material conditions to develop their plans, fulfil their dreams and aspirations. In the two Brazilian lawsuits, the framing of the right to an ecologically balanced environment as intergenerational was facilitated by the direct recognition of  “the duty to defend and preserve the environment for present and future generations” in the Constitution (Art. 225).

Moreover, when applying the right to a healthy environment to the climate context the plaintiffs went back to the constitutions’ normative pillars, e.g., the right to human dignity. In doing so, they referred to well-established case law, which had emphasized the environment’s role in guaranteeing the material conditions for a dignified life. In Alvarez and in the two Brazilian lawsuits, the plaintiffs claimed that the right to a healthy environment was a pre-condition to enjoy other social rights, including the right to life, health, work and housing. Eventually, such arguments were upheld in the two decided cases, i.e., Dejusticia and IAS v. Brazil. Following previous case law, the Colombian Court recognized standing of the young applicants due to the inextricable connection between the environment and “supralegal” prerogatives, such as life, health, and human dignity. More concretely, the Court acknowledged that the deterioration of the Amazon territory, caused by the government’s inaction, infringed the young and future generations’ right to water, clean air, health, and dignified life.  Similarly, the Federal Court of Curitiba mentioned the principle, already established by the Brazilian Supreme Court, that a minimum threshold of ecological integrity is fundamental to  guaranteeing a dignified life and other fundamental rights.

Crafting the new from the old: from normative pillars to new rights

In three of the analyzed cases, the principles of solidarity and dignity also served to broaden the fundamental rights protection beyond the existing constitutional guarantees.

In the Dejusticia case, the Court explained that the basis for granting environmental rights to future generations lies in the principle of solidarity. Following such principle, constitutional protection needs to be guaranteed to every citizen but also to the “other”, including people living in other countries, the unborn, and non-human species.

Eventually, the Supreme Court went beyond the claimants’ requests, recognizing the right to a healthy environment to future generations. The Court noted that the constitutional guarantees should extend to those who are not born yet, but nonetheless deserve to live in the same environmental conditions as those living in the present. In the Court’s reasoning, the recognition of rights to future generations imposes a responsibility upon the present generations to act as stewards towards nature and the future human population. In the same decision, the Court granted legal subjectivity to the Colombian Amazon Forest. Even if a direct motivation is missing, it seems as if its decision to grant legal personhood to a natural object was based on the same objective to protect the other.

Following the Colombian case, the plaintiffs in Alvarez also requested the recognition of the Peruvian Amazon as a legal subject, based on an evolutive interpretation of the constitutional welfare state (“estado constitucional de derecho”) and of human rights law, as well as the judicial and political decisions taken in other countries.

In IAS v. Brazil, the plaintiffs sought the recognition of a new fundamental right to climate stability, i.e., to enjoy the essential climatic conditions for the maintenance of human life. Even in that case, the evolutive interpretation of the constitution’s normative pillars provided the basis for extending the catalogue of rights. As for the right to a healthy environment, the right to climate stability was derived from the right to dignity and to a dignified life, as well as from other fundamental rights, whose effectiveness is dependent upon a balanced environment.

Rights-based arguments: possible benefits in the fight against deforestation and climate change

Based on the cases’ overview, we could expect old and new rights to become a successful tool for defending the Amazon territory from deforestation, and more generally, citizens around the world from climate instability. However, any such forecast must consider at least two objections.

Firstly, the history of judicial activism on socio-economic rights shows that even the most powerful decisions risk not to be implemented. A clear example is the Dejusticia case, where, four years after the Supreme Court’s decision, none of the judicial orders has been properly met. A legitimate doubt then, might arise: if not for triggering immediate change, what benefits can rights bring?

Following their advocates, rights-based strategies fulfil a mixture of symbolical and practical functions. As the petitioners in the PSB v. Brazil case put it, “the power of the new lawsuit is that it represents the voices and […] the will that the government complies with the law of a large group of people.” On a similar note, César Rodríguez-Garavito, co-founder of Dejusticia, emphasized the young petitioners’ role as stakeholders in the implementation process of the judicial decision, and, more generally, in building social momentum for the case as a promising source of pressure on the governmental institutions. In sum, rights-based strategies might play an important representative function, by mobilizing and giving voice to most affected populations. In their mobilizing role, their function is rather practical, as even after the most creative judgement, the creation of a social movement motivated to pursue the cause might become essential to monitor the implementation of the judicial orders.

Secondly, given the existence of solid bases for environmental litigation in the analyzed jurisdictions, one might wonder what’s the added value of new and sometimes loose legal categories. As much as we might appreciate legal innovation, what’s the point in changing a running system?

On that note, some authors have doubted the practical benefits of recognizing rights to natural elements, such as rivers or forests. Even more so, when the formal recognition is not accompanied by practical measures, and alternative constitutional grounds may be used to enhance environmental protection, some have found the rights of nature discourse to be purely decorative. Against this argument, one could point out that attributing legal rights to the Amazon Forest could serve at least two functions. On the one hand, attributing intrinsic value (or even dignity) to natural elements imposes an ecological limit to its exploitation for human purposes. Such limit might stand in the Forest ecosystems’ survival and in the maintenance of their natural cycles, as suggested in the Alvarez case. On the other hand, the recognition of rights to nature provides a strong narrative to recognize the evolution of the social sensitivity towards eco-centric values, and with this, to interpret the law accordingly. In Futuras Generaciones, the Court’s decision was inspired to the emergence of movements supporting a new eco-centric ideology and valuing sustainable development as an ideal form of progress.

Therefore, if not necessary for direct legal and policy purposes, such arguments may be supportive of a social and legal change in the longer term. Nonetheless, as the political orientation and resources of the governments in charge greatly influence the efficacy of climate cases, their effects will require further reflection and investigation.

The number of climate lawsuits aiming to the protection of natural ecosystems in South America is steeply growing. Given its essentiality for the whole of humanity, the Amazon Forest – el pulmón del mundo – has been at the center of four recent rights-based climate lawsuits in the region. Interestingly, the existence of solid legal grounds for environmental litigation has not stopped petitioners and courts from using some degree of creativity in shaping new rights. I argue that any evaluation of the potential benefits and impacts of (new) rights strategies must consider their limitations in setting clear legal boundaries and achieving immediate political change. Nonetheless, rights-based climate lawsuits play an important symbolic role, as they recognize the vulnerability of certain groups to climate change, but also, on a more abstract level, ancient worldviews, and emerging social sensitivities. Rights-based arguments might also have a more practical function in the long-term, given their capacity to galvanize movements and create political momentum for accountability.

DOWNLOAD PDF
LICENSED UNDER CC BY SA
SUGGESTED CITATION  Garofalo, Carlotta: As the Lungs of the Earth Dry Out, Climate Litigation Heats Up: Can rights-based strategies become a valid tool for the protection of the Amazon Forest?, VerfBlog, 2022/3/24, https://verfassungsblog.de/as-the-lung-of-the-earth-dries-out-climate-litigation-heats-up/, DOI: 10.17176/20220325-001232-0. 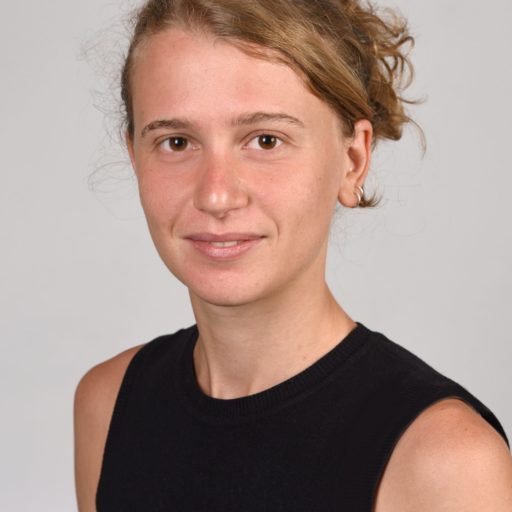 Carlotta Garofalo Carlotta Garofalo is a PhD candidate at the Institute of Public Law and Political Sciences and a member of the interdisciplinary doctoral program Climate Change at the University of Graz (Austria).