Athletes and the Human Right to Freedom of Expression

Is it just “Shut Up and Play”?

One of the most intricate rights in international human rights law (IHRL) is the right to freedom of expression (FoE). It is the only right in the International Covenant on Civil and Political Rights (ICCPR) and the European Convention of Human Rights (ECHR) which explicitly prescribes restrictions and elaborates on “duties and responsibilities” of the right bearer in exercising the right (ICCPR, art.19(3); ECHR, art. 10(2)). At the same time, FoE is the cornerstone of democracies and critical to the enjoyment of many other human rights. This complex nature amplifies when FoE is discussed in sports, particularly when exercised on the field of play.

Laurence Halsted, former British Olympian, once said that one thing people may be murmuring while reading these lines is “Oh, just shut up and play”. This somehow symbolizes the clash between proponents and opponents of FoE in sports. In a legal context, this clash can be detected between FoE as a human right and the ban on athletes’ right to speak by sport governing bodies (SGBs). This question goes to the core of many controversial aspects of sports, from the legal status of SGBs to the role expected from athletes within societies.

Rule 50 of the Olympic Charter reads:

“No kind of demonstration or political, religious or racial propaganda is permitted in any Olympic sites, venues or other areas.”

The Charter does not illustrate what this provision precisely contains and bye-law 1 to Rule 50 only refers to the IOC Executive Board (EB) to provide further clarification.

This article will discuss the compatibility of Rule 50 to IHRL and argues that Rule 50 will most likely fail in meeting most of the criteria recognized by IHRL for a valid restriction to FoE.

Furthermore, some private actors have established themselves as dominant powers in their area of activity and are sometimes replacing governments in their traditional roles. SGBs can be discussed within this context as entities who independently from governments are governing a popular field of social activity and strongly defend their autonomy in doing so. They not only exercise influence over governments and make them comply with their demands and regulations but have achieved a status on the international level once reserved only for States and governmental organizations (UN GA Res. A/64/458; See consultative members of UNESCO’s CIGEPS). They impose sanctions on national SGBs in case of government interferences and firmly display characteristics recognized for traditional subjects of international law. This makes SGBs good candidates for direct human rights obligations in the modern understanding of IHRL.

Another crucial factor is the power imbalance between the parties. Recognizing horizontal effect for human rights is said to be aimed at ‘rebalancing’ unequal private relationships. The ECtHR concluded in its Mutu/Pechstein ruling that the unequal nature of the relationship between athletes and SGBs meant that the former were forced to accept arbitration clauses imposed by the latter and that therefore the private arbitration process could not derogate from the rights enshrined in Article 6 §1 of the ECHR  (Mutu & Pechstein v Switzerland, paras 113-115; Ali Riza & Others v. Turkey, paras 175-181).

This particular context requires a move from an exclusively state-centered responsibility for human rights to recognizing some responsibility for private actors. Accordingly, I share the view that “states are not the only duty-bearers under international law” (A/HRC/4/035, para 19). Instead, States and non-State actors ought to possess concurrent obligations, and therefore IHRL should also provide protection against private interferences.

Freedom of Expression and the Positive Obligations of States

It is undisputed that States can be held accountable if human rights are violated by private actors within their jurisdiction. A related example is when the ECtHR held Switzerland responsible for violations of human rights by the Court of Arbitration for Sports and required the State to provide reparations to the victim (Mutu & Pechstein v Switzerland, conclusion, para 3-4).

Positive obligations under IHRL require States to take action to ensure that FoE of individuals is protected even in relation to other individuals and private entities. The UN Human Rights Committee (HRC) upholds State obligations in this regard (GC 34, para 7). Analogically, the ECtHR in different cases has confirmed the need for State intervention to protect FoE in a private context.  In Bobo v Spain the court says: “in certain cases, the state has a positive obligation to protect the right to freedom of expression against attacks even by private persons … .” (para 37). Elsewhere, the court reaffirms that: “effective exercise of this freedom … may require positive measures of protection, even in the sphere of relations between individuals.” (para 39; Özgur Gundem v. Turkey, para 43)

One issue potentially related to sports activities is the question of privately owned properties and the claim of “quasi-public” places such as malls (Appleby & others v UK, para 46). One claim raised by advocates of the ban on athletes’ FoE is that sports venues are private properties and thus restrictions on FoE are justified (here, p 529-30, 538-554). However, the ECtHR upholds that State positive obligations may require regulating property rights in a way that FoE is protected (Appleby & others v UK, para 47).

The right to FoE is not unlimited. The ICCPR and ECHR both allow for legitimate restrictions. Restrictions to FoE are not only allowed but, in some cases, even necessary to protect society or other individuals. Private entities, therefore, are allowed to rely on similar justifications for their restrictions. But as pointed out by the HRC, a restrictive measure should “meet a strict test of justification” to limit the degree of interference with FoE as much as possible (Vladimir Velichkin v Belarus, para 7.3).

The first requirement for any restriction to FoE is that it should be provided by law. According to the HRC, a norm such as Rule 50 of the IOC can only be characterized as law if it is “formulated with sufficient precision to enable an individual to regulate his or her conduct accordingly” (GC 34, para 25; Perniçek v Switzerland, para 131). While absolute precision is impossible (id, para 133), restrictions must not be overbroad (GC 34, para 34; A/HRC/32/38, para 39) and should entail elements of foreseeability (Perniçek v Switzerland, para 131). However, Rule 50 of the IOC Charter, adopts an overbroad language, as it does not define precisely what conducts are political, religious, or racial, and thus enables SGBs to arbitrarily interpret any type of conduct within the scope of Rule 50. The HRC also asserts that the law may not equip the authorities with “unfettered discretion” in its implementation (GC 34, para 25). The obscurity of Rule 50 enables subjective interpretation of its content and leaves the athletes to the uncharted discretion of SGBs to decide what conducts should be sanctioned (Karastelev & others v Russia, paras 78-97).

The IOC’s athlete commission recently published guidelines on Rule 50 for the Tokyo 2020 and Beijing 2022 Games. These guidelines add some clarity on where FoE is allowed but remain vague on the content permitted. Based on these guidelines, public statements are allowed if they are “not targeted, directly or indirectly, against people, countries, organizations and/or their dignity”; a statement which can be interpreted in many ways. Additionally, based on the IOC charter the EB is the only body with the authority to provide guidelines on Rule 50. The guidelines published by the Athletes Commission are just recommendations to the EB and therefore are not authoritative for regulating athletes’ speech. To conclude, Rule 50 most likely cannot be deemed a restriction that is “prescribed by law” and fails on the first test.

Second, assuming that Rule 50 is a valid law in the sense of the HRC, then any restriction to FoE must have a legitimate purpose (GC 34, para 33; Özgur Gundem v. Turkey, para 44-62). In assessing whether the restriction pursues a legitimate aim the ECtHR considers elements such as the public interest involved, the extent of damage to it, or a harm to reputation or rights of others (Steel & Morris v UK, para 85-98). Protecting the reputation of others is always a legitimate aim in this regard (Mondragon v Spain, para 47).

Third, to assess the necessity of a particular restriction, States should be able to explain the precise nature of the threat resulting from the FoE and establish a direct and immediate causality link between the expression and the threat (GC 34, para 35). They must establish that the restriction is required (not simply helpful or desirable) to satisfy a “pressing social need” and at the same time proportional to the legitimate aim pursued (Gorzelik & others v Poland, paras 94-105).

To what extent can an athlete’s gesture against racism, conflict, war, xenophobia or in favor of inclusion, peace, human rights, and so on, be recognized as a threat to the public interest or a harm to the reputation of others in IHRL remains to be answered by a competent human rights court/body. In general, it is difficult to accept that the peaceful manifestations of athletes mentioned above can amount to a threat to the public interest. If one finds above athletes’ gestures related to the public interest, then such manifestations require a high level of protection (Steel & Morris v UK, para 88). It is also unclear whether and if yes to what extent maintaining sports neutrality and keeping the focus on athletes‘ performances (AC Guidelines, p. 2) can be considered legitimate aims.

Concerning other issues raised in the guidelines, such as disrespect for international unity or diversity of views or interference with respectful conditions of the Olympic Village (AC Guidelines, p. 2), one should also take note of the fact that under IHRL, incitement of violence, hate speech, propaganda of war and similar conducts are not protected forms of expression.

Non-State actors such as SGBs do have obligations under IHRL. They can be forced to comply with IHRL as the aftermath of the Mutu & Pechstein ruling of the ECtHR has shown. Furthermore, international courts have established that States should protect FoE in relations between private entities.

While SGBs (like states) can regulate FoE for athletes in sports, the current approach of the IOC seems to fail to abide by the standards required under IHRL for such a regulation. In particular, the lack of clarity on the content and forms of expression banned under Rule 50 of the Olympic Charter seems to conflict with the foreseeability expected by IHRL. It can be considered as a restriction that has reversed the relation between the right and the restriction and between the norm and the exception (GC 34, para 21).

Yet, I do believe that the complexity of sports itself as a social phenomenon and sensitivities in and around it might justify a narrower interpretation of FoE in sports in comparison with other areas. Therefore, a revised version of Rule 50 that rectifies the weaknesses discussed in this article and still defines a narrower scope for FoE in sports in comparison with other public or private areas might have a chance of surviving a legal challenge. 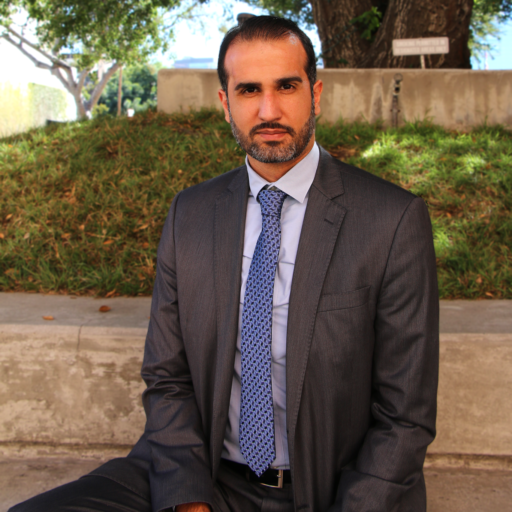