A new episode of capture and distraction in Turkey

In the midst of pandemic, thousands of attorneys-at-law in Turkey have spent days and nights for almost two weeks to protest a bill that prescribes amendments in the Advocacy Law. The bill would reduce the representation of (generally progressive) lawyers from Turkey’s big cities in the national Union of Turkish Bar Associations and furthermore allows setting up new bar associations. It is feared that this might be used to weaken the existing strong bar associations that have repeatedly criticized the government in the past on matters concerning human rights and the protection of the rule of law.

The leading local bar associations have organized a variety of protests concerning the draft bill by claiming that it attacks both the organizational strength of attorneys and the independence of the legal profession. The Defense March organized by the leading bar associations has been the major protest with lawyers in robes marching to Ankara from their hometowns on foot. The Defense March has gained the public support throughout its route where the participants have repeatedly underlined their commitment to legal struggle as human rights defenders for particularly vulnerable groups. At Ankara’s border, they were not only blocked by the police and stood off for 27 hours, but also obliged to wait without any access to shelters, subsistence and restrooms in the high summer temperatures. Although the lawyers finally entered Ankara, their demonstration has been banned by the governor because of the pandemic. Additionally, the chairs of bar associations were not allowed to enter the parliament during the discussions in the parliamentary committee. As a reference to the independent lawyering and the culturally subservient gesture of buttoning up, their slogan in sit-in protests and vivid demonstrations in different courthouses was: “We won’t sew the button to our robes”. They have sent the sewing kits to the parliamentary committee during the discussions as a message of their independent stance.

Bar associations: professionalism and activism under a constitutionally protected status

The bar associations have a specific constitutional status in Turkey among other professional associations endowed with public authority over its members in professional, regulatory, and ethical matters (article 135 of the Constitution). They are not classified as ordinary NGOs that are subject to a legal regime under the Law on Associations or Law on Foundations, but as semi-public institutions having a specific legislation. This clearly defines their duties and limits as to the regulation, protection and oversight of professional competency. The bars are endowed with different powers as to the proper exercise and quality of the legal profession such as ensuring the ethical standards, training young lawyers, in-service training, legal aids, trial watches, reporting, legislative monitoring, and preparation of policy recommendations.  Considering the relevance of their institutional autonomy for a democratic society, the principles of state control over the bar associations are also predefined in the Constitution to set the guarantees for a minimum and careful state intervention. Their activities cannot be suspended without the court order. Similarly, only the court order can provide the removal of their elected organs.

Due to the pre-eminent role of legal activism and strategic litigations in Turkey’s lawyering practices, the bar associations, their committees or individual lawyers have always actively participated in socio-political debates. In times when the political parties are weak and the opposition is ineffective or distracted, the political role of the bar associations has become more visible. As an active part of civic oversight through legal aids, consulting and trial watches, they have engaged in conflict with the persistent practices of political domination, gender based discrimination, impunity, patronage, and corruption. In the last twenty years, they have increased their public involvement through a variety of internal and external funds and programs to support women against violence, victims of child abuse, refugees, elderly, poor peasants or severe violations of human rights. The project under the Council of Europe to strengthen the bar associations and professional competency of attorneys in the human rights protection that will be completed in 2021 is an example of an ongoing capacity building initiative externally funded.

There is still a significant proportion of lawyers in civic society organizations that serve as human rights defenders with their active involvement and legal support. Turkey has always had leading attorneys committed to human rights protection who were known and respected as public figures or conceived as political rivals that have been subject to criminal investigations and arbitrary detentions in enduring times. In the recent years, professional lawyering was undermined in unprecedented terms by big scale interventions, mass trials against attorneys, and the disrespect of the principle of equality of arms. In 2019, Human Rights Watch has called for an end to the systematic abusive detention and prosecution of lawyers in Turkey. The political debate on the bar associations triggering the current bill has begun shortly after the manifestation of the Ankara Bar Association that criticized the stigmatizing statement of the head of the Directorate of Religious Affairs as regards LGBT-Q. At present, there is an ongoing criminal investigation against the Ankara Bar Association’s expressions on the ground of insulting the religion. The proponents of the bill try to justify the amendments arguing that the bar associations have been undermining the religious values as interpreted by a socially conservative political agenda.

Despite Turkey’s democratic challenges, the electoral process in the bar associations has been competitive and quite vivid like a jamboree with different groups participating in the election on the equal footing with active campaigns and in line with the standards of fair elections. According to the current representation of attorneys in the provinces that are the constituencies of local bar associations, the oppositional stance of legal profession prevails as a disturbing factor for the government. 43 bar associations have refused to participate in the presidential ceremony for the new judicial calendar in September 2019. As opposed to the critical bar associations, the Turkish Bar Association’s leadership has nurtured a close relationship with the government. It has portrayed itself as an ally of the government with its direct involvement in the judicial reforms and active support of the governmental policies. Although the leader has lost the confidence of the delegates of the bar associations (a call for a renewal of elections has been already made), the chair of the Turkish Bar Association keeps its position by ignoring the demands of resignation. The Turkish Bar Association plays an utterly significant role as to the licensing, disciplinary sanctions and dispute matters since it has the sole authority for crucial professional and organizational matters. The distribution of legal aid funds among the local bar associations that are crucial for the needs of vulnerable groups offended and suppressed is one of its most critical powers under current circumstances.

The recent amendments in the Advocacy Law: capture and distraction

The amendment package on the bar associations is part of the “politics of capture” that weakens the civic society by fragmentation, crony entities and rivalry instead of a fair competition and representation. A phenomenon of “crony lawyering” to be identified according to the bar affiliations represents a new kind of backsliding for the rule of law where the capture and politicization of judiciary by the government has been already at stake. The main concern is not only that the subservient and/or political judges could now more easily undermine the fair trial guarantees by favoring attorneys that are friends of the government.  The role of bar associations for the protection of human rights of the politically oppressed and/or the vulnerable groups such as battered women, child marriage or LGBT-Q will be weakened due to the redistribution of legal aid funds. Finally, the amendments structure a new relationship of inclusion with the governmentally friendly attorneys by providing them the opportunity to penetrate the administration of the until now independent bar associations. There are concerns that the disciplinary powers of the Turkish Bar Association could be misused to intimidate the critical attorneys.

The amendment can also be regarded as a tactical example of the “politics of distraction” that keeps the public opinion and opponents of the government busy. It deflects the attention of economic difficulties caused by the pandemic COVID-19 and, most importantly, the falling poll ratings of the government. However, the new bill is not an isolated distraction, but  part of a bigger distraction agenda. Besides the debate on bar associations, the government has brought forth two controversial issues simultaneously, namely the conversion of the Hagia Sophia museum into the mosque and Turkey’s withdrawal from the Istanbul Convention on Prevention of Domestic Violence and Violence Against Women. These issues are apt to raise the tension between the progressive segments of the society and the government, while they consolidate the government’s religiously motivated, nationalistic, and socially conservative base. Two items on this agenda, the bar associations and the Hagia Sophia’s conversion, are now completed. Here, the concerns remain as to whether Turkey that ratified the Istanbul Convention as the first Council of Europe state in 2012 will withdraw from it. In contrast to the Hagia Sophia debate, the Istanbul Convention issue may have an unexpected negative impact on the polls due to the raising awareness in the society concerning violence against women.

As observed in the containment of progressive bar associations in Turkey, the intense use of capture with the distraction usually serves the consolidation of the electoral grassroot of the rulers. This may signal a snap election or a planned electoral strategy. Moreover, the developments in Turkey can be a case study for testing the endurance of electoral autocracies when they intensify the capture and distraction in times of waning popular support and economic recession. 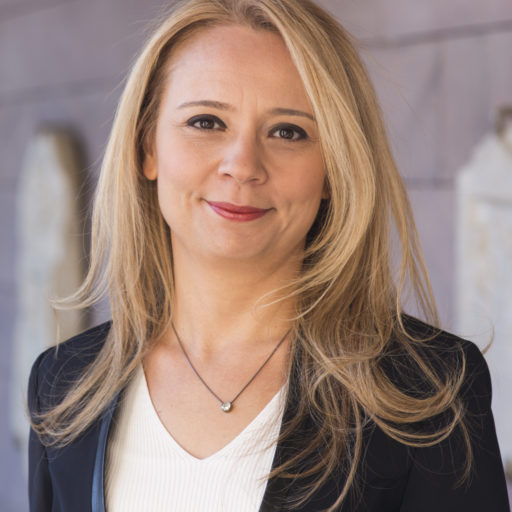