The Backlash against International Courts

International courts seem to be living in hard times. The International Court of Justice is openly challenged by the Italian Constitutional Court, the European Court of Human Rights faces political initiatives to curtail its power in the UK and in Switzerland, the International Criminal Court is up against occasional rebellion in a number of African countries, the Inter-American Court of Human Rights has been confronted with challenges by courts and governments in Venezuela and the Dominican Republic, and several (especially Latin American) countries have initiated a backlash against international investment arbitration. This symposium has debated a number of these cases in some depth, yet they are only the tip of the iceberg.

Are these instances part of a trend, as the introductory post suggests? Perhaps, perhaps not. International courts have always faced challenges – not the least, of course, from countries that refused to submit to their jurisdiction in the first place – and they always had to cope with problems of non-compliance. The US refusal to participate in the ICJ’s Nicaragua proceedings, Libya’s rejection of international arbitration regarding the nationalization of oil companies in the 1970s, or the resistance of the Belgian Cour de cassation against the ECtHR’s Marckx judgment on the status of children born out of wedlock in the 1980s, are only some examples that caught the attention at the time. The warning shots fired by the German Bundesverfassungsgericht at the European Court of Justice since its Solange judgment in the 1970s are another. We should thus not jump too quickly to conclusions about the novelty of today’s challenges. In fact, many accounts suggest that we’re witnessing an unprecedented strength and breadth of legalization and judicialization in international affairs. Karen Alter’s recent book chronicles this trend well. Despite the current challenges, international courts are probably stronger today than ever before.

We may then be faced with two trends – one of strengthening, one of challenging international courts – and the two trends could simply be two sides of the same coin. As Michael Zürn and his collaborators have observed for international institutions in general, an increase in authority tends to provoke increased politicization – attention, debate and potentially resistance. This is especially likely when international authority is not just about creating abstract rules, but about deciding individual cases in which the costs may be concentrated and the downsides are clearly on display. In this sense, international courts are among the international institutions most likely to create a domestic political backlash as their scope and power grows. And it has definitely grown in recent decades, not only because of new arrivals on the scene – such as the ICC or the WTO Appellate Body – but also, and perhaps especially, because of an ever more self-confident exercise of powers by existing courts. The ECtHR is probably the best example – widely seen today as a kind of constitutional court for Europe, it has come to scrutinize highly salient domestic policies in a variety of issue areas – think only of the recognition of transsexuality, prisoner voting rights, or the detention of offenders on preventive grounds. It would be surprising if such far-reaching incursions into domestic politics had not provoked angry responses at times. And the same could be said of the ICC indicting African political leaders, the WTO taking on deeply rooted food safety policies in the EU, or investment arbitration seeking to adjudicate an issue as thorny as the Argentinian financial crisis.

International law in the past was often vague and woolly, and it granted governments and domestic courts much leeway in interpreting and implementing it. As international law comes to be specified by international tribunals, this leeway is reduced and friction becomes more clearly visible. This is all the more so if the resulting conflicts do not only engage political but also judicial actors in the domestic realm. When international law forms part of the domestic legal order, national courts have to confront open norm conflicts directly; strategies for evasion and partial compliance will often be more limited here than in political fora. Resistance against international adjudication will then often find expression in judicial pronouncements. The Italian case is instructive here, as its direct challenge of the ICJ with respect to Germany’s sovereign immunity derives from the fact that customary international law is directly applicable in Italian law (see Filippo Fontanelli’s post). In the past, giving direct effect to international custom – which most countries have done since the first half of the 20th century – may have seemed relatively costless, given the vagueness of most customary rules. This no longer applies when these rules are specified by an international court: the domestic judiciary then has to confront a conflict between domestic and international norms directly. This does not necessarily result in a challenge against international law: unlike the Italian court, domestic judges will often side with international courts. But such a stance may then provoke a political backlash, as we can witness in the UK and Switzerland with respect to the ECtHR (see the posts by Astrid Epiney and Raffaela Kunz on Switzerland). Frustrated with the fact that domestic courts have followed Strasbourg in important cases, political actors there seek to create greater distance between the national legal orders and Convention law, thus opening up space for political contestation.

The story I have told here about the backlash against international courts (insofar as there is one) is rather straightforward, assuming that more intrusive international authority will generally provoke a higher degree of resistance at the domestic level. When and why such resistance actually occurs would require a far more nuanced assessment, unpacking the actors, the political constellations, the relevant social values, etc. The Italian court’s challenge of the ICJ is certainly in many ways part of another story than attempts by the British right to get rid of the European Convention on Human Rights, and different yet again from Venezuela’s withdrawal from the American Convention on Human Rights. One element in the more nuanced story will certainly be the different degrees of self-confidence of domestic courts with respect to international matters, especially their readiness to challenge the position of the political branches, which Eyal Benvenisti and George Downs have highlighted. In some instances of the ‘backlash’, courts have engaged in confrontation while the political system favoured compliance with international rules: the Italian case is among them, also that of several constitutional courts challenging the EU, and that of the European Court of Justice confronting the UN Security Council’s sanctions policy.

These latter instances are also special in that they do not simply use national sovereignty as a justification for resistance. Instead, they mostly invoke human rights and insist on the primacy of a national understanding of these rights. Since the Solange judgments, we have become used to the legal structure of this argument, which uses domestic rights provisions as a filter for the entry of external norms into the domestic order. But it is one thing to apply such a filter to a European supranational organization, such as the EU, and quite another to use it to scrutinize global institutions and universal rules. Insisting simply on one’s own, particular standards when dealing with the global sphere ignores the need to accommodate diversity when cooperating with countries with quite different sets of values (or at least different interpretations of them). This may be a relict of the liberal triumphalism of the 1990s, but it is even less appropriate in our current, more openly diverse and multipolar world.

The result of the tension between national and international law will likely be a more explicitly ‘pluralist’ order, one that creates and maintains space for contestation between the different layers of law. I have argued this at some length elsewhere. Such openness will seem problematic to many rule-of-law enthusiasts who regard it as an affront to coherence and a surrender to politics. Yet pluralism responds to important socio-political as well as normative concerns. First, the more international authority extends into sensitive areas of domestic politics and law, the more tensions between domestic values and the aims of global cooperation are bound to increase, and we need to find ways to address (rather than ignore or suppress) them. The political and judicial fora of global governance, with their particular origins and rationalities, are hardly in a position to resolve such tensions conclusively. The debate on investment arbitration under TTIP has brought out some of the problems very vividly (for some interventions in this forum, see here). Secondly, for most of the issues concerned – international cooperation, security, human rights – different levels of governance can make a good claim to decision-making powers. Cosmopolitan visions, which seek to include all those affected, compete here with nationalist ones, which either think that political community can only operate on a smaller scale or that, at least, democracy can only be meaningfully realized on the national level. Both are probably too limited as absolute principles, but both point to important – and contradictory – aspects in the construction of a postnational order. And both can command societal allegiance of different forms. Building an inclusive order will require us to pay attention to both – and to endure and work with the tensions between them in a spirit of humility and openness to compromise. 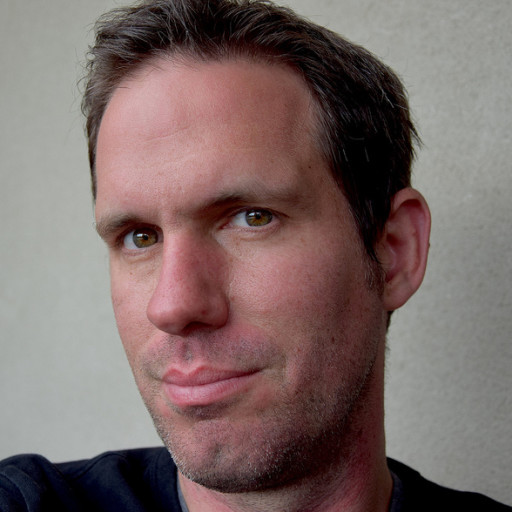