Before it Spreads “Like Wildfire”: Prisoners’ Rights in the Time of COVID-19

There are more than 10.7 million people imprisoned throughout the world. Prisons are notorious incubators and amplifiers of infections, and the fear among inmates due to COVID-19 is deepening all across the world (France, UK, US and Australia among many others). During the current pandemic, protecting prisons from the ‘tidal wave of COVID-19’ proves to be a challenging issue for States. After all, they have obligations and duties under international law to safeguard the human rights of prisoners, particularly their right to life, health and human treatment.

An imminent threat for those deprived of their liberty

As highlighted by the World Health Organisation in its guidance report of 15 March 2020, people deprived of their liberty are likely to be more vulnerable to the COVID-19 outbreak than those outside. They live in confined conditions and in close proximity where the virus can be easily spread. An outbreak in such settings is likely to go beyond those incarcerated – a risk that may potentially threaten the larger public.

Some scientific facts are due. COVID-19 is a virulent disease with highly infectiousness nature, which has so far infected over 700,000 people and claimed more than 33,000 lives. There is not any known cure or vaccine for this disease – though some projects are underway. As the global health experts suggest almost on a daily basis, self-isolation, social distancing and personal hygiene are the best protective measures against the infection. Even in cases where patients recover, they may still suffer permanent lung damage. It is thus safe to assume that the threat COVID19 poses is neither remote nor imagined. Instead, it is actual and imminent, and this threat is much more severe for those in prisons, closed detention centers and similar settings.

As detailed in the UN Human Rights Committee’s General Comment No. 36, Article 6 of the International Covenant on Civil and Political Rights (ICCPR) recognizes and protects the right to life of all human beings. This right is of a non-derogable nature and continues to apply in all circumstances, including in public emergencies and situations of armed conflict. State parties have positive obligations in addressing ‘the general conditions in society that may give rise to direct threats to life’ (para. 26) and this includes the prevalence of life-threatening diseases such as the COVID-19 pandemic.

As for the right to health, the ICCPR does not expressly provide for a right to health care. However, proceeding from the right to life under Article 6 ICCPR and the right to human treatment under Article 10 ICCPR, the Human Rights Committee consistently held that, by arresting and detaining individuals, the State parties ‘take on the responsibility to care’ for prisoners’ life (Lanstova v. Russia) and well-being (Fabrikant v Canada). A failure to separate prisoners with transmissible diseases from other prisoners could also raise issues under Articles 6 and 10 (Cabal and Pasini v. Australia).

Similarly, Article 2 of European Convention on Human Rights (ECHR) enjoins State parties ‘not only to refrain from the intentional and unlawful taking of life, but also to take appropriate steps to safeguard the lives of those within’ their jurisdiction (Guiliani and Gaggio v Italy). These obligations apply in the context of any activity, whether public or not, in which the right to life may be at stake (Centre for Legal resource on behalf of Valentin Campeanu v. Romania).

More particularly, in Eremiasova and Pechova vs. the Czech Republic, the Court reiterated the State’s duty to ‘protect life of arrested and detained persons from a foreseeable danger occurring’. This evidently includes States’ positive obligation to eradicate or prevent the spread of a particular disease or infection (Shelley v. the UK). More recently, in the cases of Poghosyan v. Georgia and Ghavtadze v. Georgia, the Court required Georgia take the necessary legislative and administrative measures to prevent the spreading of contagious diseases, such as tuberculosis and hepatitis, in prisons.

The right to health is also not explicitly enshrined in the ECHR. However, on the basis of Article 3 ECHR (as well as Article 8 and 14), States are required to secure the health of prisoners in an adequate and timely fashion by, inter alia, providing them with medical assistance (Keenan v. the UK). And, as the Court held, unhygienic, unsanitary conditions, which are often found in combination with overcrowding, may amount to degrading treatment under Article 3 (Kalashnikov v. Russia).

What should States do?

Several human rights and policy institutions have issued demands and guidelines for how States should deal with the COVID-19 pandemic in prisons. Many countries across the world are already taking steps to reduce the risk of outbreaks. Four countries in the Middle East have commuted jail terms or temporarily released prisoners. In Turkey, a draft law was submitted to the Parliament on 31 March which is expected to be passed within days. It would lead to the early release of up to 90,000 prisoners – around one third of Turkey’s prison population. The draft law has drawn sharp criticism on discrimination grounds as it reportedly excludes thousands of political prisoners unfairly charged with terrorism offences or crimes against the State.

The spread of Covid-19 in prisons is clearly not a matter of if, but when. What States should do to protect prisoners is indeed straightforward and the European Prison Rules adopted by the Council of Europe in 2006 may be used as a guideline: they should provide access to health services available in the country without discrimination on the ground of their legal situation. If this is not possible, as reiterated by the European Committee for Prevention of Torture (CPT) on 20 March 2020, States should consider measures alternative to imprisonment such as commutation of sentences, early release and probation. It must be noted that neither the ICCPR nor the European Convention lay down a general obligation to release prisoners on health grounds, but, as the CPT underlined, such an approach may be imperative in the face of the unprecedented COVID-19 pandemic. Similarly, on 25 March, the UN Commissioner for Human Rights, Michelle Bachelet, has called on governments to work quickly to reduce the number of people in detention – those particularly vulnerable to COVID-19, among them older detainees and those who are sick, as well as others detained simply for expressing critical or dissenting views, including political prisoners.

Such repeated calls are indeed for good reason. As detailed above, States have obligations under international law. In case where mass-deaths or permanent organ failures occur due to the spread of this epidemic within prisons, their accountability may arise. Before COVID-19 spreads like wildfire through prisons, States should take swift action. 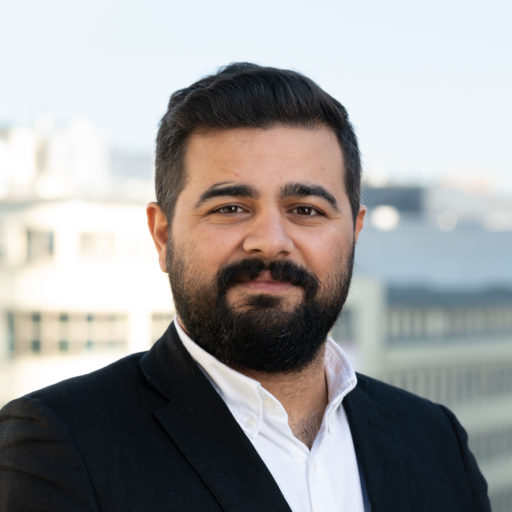 Emre Turkut Emre Turkut is a post-doctoral researcher at Hertie School’s Centre for Fundamental Rights and a re:constitution fellow.

Ali Yildiz Ali Yildiz has practiced law as a member of the Ankara Bar Association and established the Arrested Lawyers Initiative.