On 2 February 2021, the Constitutional Court of the Czech Republic repealed (cf. in Czech language) several crucial provisions of the electoral law, namely the calculation whereby the seats in the Chamber of Deputies are divided among the 14 constituencies (Section 44),  the method for allocating the seats in each constituency (Section 50) and the additive electoral threshold for coalitions which equalled 10, 15, and 20 percent of votes for the coalitions consisting of two, three and four or more parties respectively (Section 49). The Court, however, did not repeal the division of the Czech Republic into the 14 constituencies itself (Section 26) and the electoral threshold for individual parties which equals 5 percent of votes (Section 49).

The key issue concerned the interpretation of the “principle of proportional representation” prescribed by the Constitution. The Court held that the principle requires that all the relevant parties gain the portion of seats equal to their overall election result at the national level.

This decision is surprising since all of the previous petitions to repeal the electoral law were rejected by the Court for either procedural reasons or for manifest unfoundedness. The decision also presents a fairly active and, perhaps, unfortunately timed intervention of the judicial branch into the current political reality in the Czech Republic nine months before the upcoming election.

How did we get here?

The decision of the Constitutional Court presents a brand-new chapter of proportional representation in the Czech electoral system. Since the first democratic and free elections after the communist era in 1990, the electoral system of proportional representation has been used for the elections to the Federal Assembly, the Czech National Council and (after the Dissolution of Czechoslovakia) the Chamber of Deputies. The Constitution of the Czech Republic states that “elections to the Chamber of Deputies shall be held by secret ballot on the basis of a universal, equal, and direct right to vote, according to the principle of proportional representation” (Article 18 Subs. 1). The second chamber of parliament, the Senate, is elected “according to the principle of majoritarian system“ (Article 18 Subs. 2). The specifics of the electoral system, however, are left to be determined by the legislator and have been changed several times over the past three decades.

In 2000, the electoral system based on a proportionate Hagenbach-Bischoff quota, applied in 8 relatively large constituencies and complemented with a second scrutiny at the national level, was abandoned. Instead, the disproportionate electoral formula based on the standard D’Hondt divisor but starting at 1,42 instead of 1 applied in 35 fairly small constituencies was adopted. The strongly disproportionate effect was caused by the application of this formula in 35 relatively small (4-6 seats) constituencies. Furthermore, the previous electoral thresholds of 5 percent for single parties and 7, 9 and 11 percent for coalitions of two, three and four or more parties respectively were adjusted to the thresholds of 5, 10, 15 and 20 percent. In a decision in 2001, the Constitutional Court held that the cumulative effect of all the integrative mechanisms introduced by the novelization causes such a level of disproportionality in the electoral system that it can be considered as hybrid rather than proportional. All of the integrative mechanisms except for electoral thresholds were therefore repealed. Some dissenting judges wanted to repeal the additive electoral threshold for coalitions as well. However, the majority found that the threshold might be self-serving but not unconstitutional.

The reworked electoral system was adopted in 2002 as a compromise between the Chamber of Deputies, the Senate and the requirements of the Constitution as interpreted by the Constitutional Court. The republic was for the purpose of the elections separated into 14 constituencies of various size, corresponding to self-governing regions where the seats were allocated, this time using the standard D’Hondt divisor.

Nonetheless, the unequal size of constituencies, from 5 to 26 mandates, still posed a significant problem in terms of the proportionality of this system. While in large constituencies the system led to fairly proportional results, in smaller constituencies the opposite was true, harming smaller parties. In 2006, for example, the Green Party needed over 56,000 votes to win one mandate, while the two biggest parties needed just over 23,000. Put differently, with its 6.3 percent of the vote it gained only 6 mandates in the 200-member Chamber of Deputies, whereas, according to the proportional breakdown, it should have about 13. As a consequence, the electoral system was challenged several times before the Constitutional Court, but the Court refused to review (cf. in Czech language) the cases on the merits.

The 2017 election results were also significantly disproportionate. The biggest party, the ANO movement, received 29.64 percent of votes which led to 78 seats (39 percent). On the other side of the spectrum TOP09 got 7 seats (3.5 percent) for 5.31 percent of votes and STAN received 6 seats (3 percent) for 5.18 percent of votes. STAN thus needed roughly 2.25 times more votes per seat than the winning party. Once again this led to a request for constitutional review of the electoral system. Relevant provisions of the act were challenged by a group of senators, who used their power to ask for abstract review of an act. The petition was filed in December 2017 and finally the Court issued its decision on 2 February 2021.

In its decision, the Court held that the combination of integrative mechanisms adopted in the electoral act amounts to an infringement to the constitutionally protected equal suffrage (which includes the equal opportunity of running parties) as well as the principle of proportional representation required by the Constitution in case of elections to the Chamber of Deputies.

As far as the repeal of the D’Hondt method for allocating the seats is concerned, the Constitutional Court connected the equal suffrage with the principle of proportional representation. According to the decision, the political parties competing for the seats in the Chamber of Deputies through the free and fair electoral process (see Article 5 of the Constitution) are given (as legal persons) “the right to proportional representation”. The Court thus, in a rather unusual manner, translated a constitutional principle into a form of fundamental right. More importantly, the Court asserts that the principle ought to be defined as a requirement that all the relevant parties (and coalitions) gain the portion of seats equal to their overall election result at the national level, not to their partial results in 14 separated constituencies.

It is questionable why the Court decided to repeal the D’Hondt method instead of the separation into the 14 constituencies. Most reasons for the unconstitutionality aimed at the separation rather than the D’Hondt method. The Court brought three important reasons why the separation into 14 constituencies is unconstitutional. First, it infringes the principle of equal suffrage since the size of the constituencies varies significantly (from 5 to 26 seats). Second, even if the size of all constituencies was equal, they would still be too small to ensure proportional allocation of seats and the equality of running parties and coalitions, since the small parties and their voters would be significantly disadvantaged compared to the larger ones. Third, even if the constituencies were equally and sufficiently large the proportional allocation (and the newly identified right of political parties to proportional representation) could be endangered since all of the seats are allocated in isolated constituencies and no mechanism (e.g. second scrutiny) to compensate for disproportionality at the national level is adopted. The Court acknowledges that the D’Hondt method, per se, is perfectly legitimate and could be in accordance with the Constitution. Used together with other features of the system, however, it leads to unconstitutional effects. The same could be said about the constituencies, but the Court concluded that it is enough – and thus required by self-restraint, especially given the election coming up – to strike down just one of these features.

According to the Court, all three deficiencies of the electoral system can be cured, e.g. by the replacement of the D’Hondt method with another method of allocation that allows readoption of the system based on more than one scrutiny or by allocation of seats at the national level while still keeping constituencies for the purpose of drawing up candidate lists. The legislator is free to choose any other option, though, as long as the equal voting power of voters in all parts of the republic and the equal opportunities of all running parties are preserved.

The second major intervention into the current electoral system by the Court was the repeal of the additive electoral threshold for coalitions which has already been substantively reviewed by the Court in 2001 and was not found unconstitutional. The Constitutional Court, however, changed his legal opinion and repealed the additive threshold for two reasons. First, it could cause an infringement to the equality of votes because a potentially enormous portion of (up to 19.9 percent) votes for a single running coalition would not be counted in the scrutiny and would not therefore result in any seat gained. Second, it violates the equal opportunities of running coalitions and the free political competition since they need to reach a significantly higher portion of votes to gain any seat despite the fact that they still have the same financial and other limits concerning the election campaign. The latter may serve as one of several possible explanations why the Court changed its mind, since the financial cap on campaign expenses was only enacted in 2016.

A Question of Timing

Finally, it is necessary to mention the specific timing of the decision, which has been issued relatively shortly (nine months) before the upcoming elections and after these elections have already been officially announced by the President of the Republic on 31 December 2020. The official reason why the Constitutional Court left this issue undecided for more than three years was that a novelization of the electoral law was under the legislative procedure in the Chamber of Deputies. This reason was, however, criticized by four dissenting judges as a mere excuse for the inactivity of Judge Rapporteur.

The timing of the decision can have several political consequences. First, over the past months, the five opposition parties finally found a common way to adapt to the electoral system and created two coalitions in order to be able to challenge the dominant government party, ANO movement. The repeal of the D’Hondt method, however, eliminated the main reason for creating such coalitions. By contrast, the simultaneous repeal of the additive threshold also eliminated the main obstacle discouraging parties from their forming. The effect of the decision on the creation of coalitions therefore cannot be predicted.

Second, the decision was criticized by the prime minister Andrej Babiš as well as the minister of justice Marie Benešová. Even some speculations about the pact between some opposition parties and the president of the Constitutional Court Pavel Rychetský with the goal to run for presidency emerged. The political scene, however, seems to have calmed down already. Most parties are willing to cooperate on reworking the electoral law in accordance with the Court’s decision and the Constitution rather than “fight back” against the Constitutional court. The primary aim here is to avoid the potential constitutional crisis which would emerge if the new electoral law was not adopted before the upcoming elections. 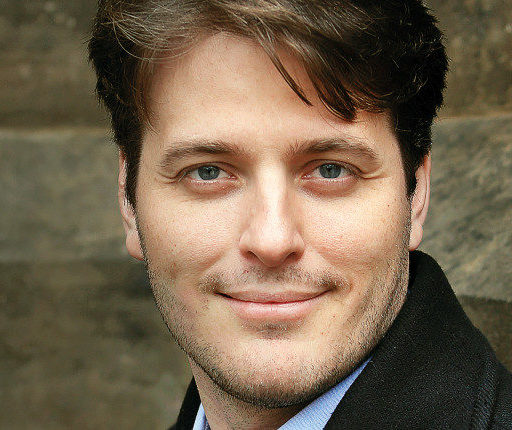 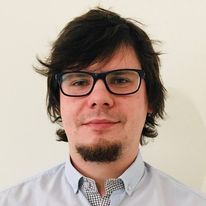 Filip Horák Filip Horák is a Ph.D. student at the Charles university, Faculty of Law. He focuses on constitutional law especially in the interdisciplinary context where law interacts with political science, sociology and psychology.

Other posts about this region:
Tschechische Republik No Comments Join the discussion
pixel_not_set
Go to Top