Between Constitutional Romance and Real-World Politics

The Incomplete and Fragile Chilean Agreement for a new Constitution

Constitution-making processes can be an opportunity to overcome crises – only few constitutions are made without crises – but they are also hard political enterprises. These days, the Chilean process for a new constitution is a reminder that constitutional processes are not necessarily ideal scenarios of high deliberation, but processes that can include risks, self-interested politicians, the threat of violence, and competing views that try to defeat each other. As I will show, in Chile the romantic notion of constitution-building as a sort of new beginning quickly faced the challenges of real-world politics in a situation of institutional fragility. In order to make the Chilean constitution-making process successful, we need to focus on understanding and solving the political knots.

The agreement for a new constitution

After several weeks of a deep political and social crisis, including massive protests and high levels of violence, the Chilean President announced that his administration was willing to endorse the demand for a new constitution. Probably without any firm conviction – President Piñera had never supported the demand for a new constitution – the President called on politicians to achieve a deal for “peace”, “social justice” and a “new constitution”. The political parties reacted almost immediately, and they achieved a deal for constitution-making. The most relevant political parties signed the agreement – except for parts of the far left – thus sending a signal that a political solution for the crisis was possible. Most political leaders celebrated the deal with a sort of romantic narrative: a new political pact was possible, and the current constitution was going to be abandoned. Watching rival politicians on TV celebrating the deal together made many optimistic.

The agreement for a new constitution (see an English version of the agreement here) established an itinerary for the process without filling out many important details, and it is not yet a legally binding document. Chileans still need to formalize the agreement by approving a set of reforms to the current constitution and to pieces of electoral legislation, so that the new process is legally feasible. Making those reforms and advancing a process from the “inside” of the constitutional system, rather than from the “outside”, presents at least two advantages: First, by requiring supermajority rules giving veto power to the main parties, it secures the need for bipartisan agreements and provides confidence to those parties. Second, it is also a way to legitimize the process in a country with a long legalistic tradition. However, having a constitution-making process from the “inside” also carries risks, as some view the process as securing closed-door elitist deals and, if no bipartisan deals are achieved, the process might fail.

The deal for a new constitution establishes that there will be a plebiscite in April 2020, that there will be two options for the process (a mixed convention including legislators and elected citizens or an elected assembly), that in October 2020 the citizens will vote for the delegates, that the electoral system will partly follow the electoral rules of the lower legislative chamber (the “Cámara de Diputados”), that the constitution-making body will work for nine months – renewable for three more months – and that there will be another plebiscite to ratify the new constitution. Voting will be mandatory in this last plebiscite. The agreement also establishes that the constitution-making body will need to adopt the “norms” and the “voting procedure rules” by a majority of two thirds.

The agreement is incomplete, and the negotiations to fill the details are ongoing. For example, parties still need to decide the exact number of delegates, the rules for replacing legislators, whether the delegates will be paid, where the convention will take place, whether quotas for indigenous peoples and gender parity will exist, and how. Some are demanding to lower the requirements for independents and the minimum age to vote, and others are asking to establish a sort of arbiter to solve procedural conflicts or overseeing the process. One of the main issues is how the two-third voting rule will operate. The agreement implies that the new text will be written from scratch (from a “white paper”) and that articles included in the current constitution will not serve as default rules. However, there is no agreement on what will happen if supermajorities on critical areas are not achieved. Some believe that the process will fail in that case – and the current constitution won’t be replaced – while others provide different interpretations: that the constitution-making organ will need to continue working despite the agreed deadline, or that the issues where there is no agreement can be approved by simple majorities in Congress, as those issues will not be part of the constitution. Others are worried about the coherence of the final document and suggest that a final two-third supermajority vote is necessary. None of those views have been accepted by all the parties that signed the agreement.

To achieve agreements on the parts that are incomplete, the parties created a bipartisan committee composed of seven representatives of the left and seven representatives of the right. The committee is under pressure and has public sessions recorded by cameras that are streamed live on TV. As the violence in the country continues, some politicians are criticizing the deal and the way the parties plan to detail its content. Some believe that a “law and order” agenda is necessary to create the conditions that can allow the constitution-making process to be feasible and others complained that the process is highly elitist and controlled by the parties. The agreement for a new constitution is now in a fragile situation.

The political parties need to finalize the negotiations and pass the reforms to make the deal possible. That is not an easy task, as the positions seemed to be polarizing and politicians are blaming each other for not calming the waters. There are no charismatic politicians leading the process and the parties are weak and desperate. Many politicians are asking “the people” to forgive them, and some are even developing an anti-politics narrative. It is a fertile ground for populism although we still do not see any populist gaining popularity. Politicians from the far right and the far-left may start to benefit from the momentum, though. Part of the right is calling to vote “No” in the April plebiscite and even question whether the state can provide enough authority for the process to be held peacefully. In the meantime, some social movements are skeptical of the deal for a new constitution while some far-left legislators are trying to impeach the President. That impeachment may put in danger the political agreement for a new constitution. Politicians keep falling in the polls and so far no one has been able to capitalize the crisis to build a feasible political platform. Important party leaders from the left have recently stated that the negotiations are paralyzed (“punto muerto”). The main disagreements seem to be whether the convention should have gender parity, reserved seats for indigenous peoples and how Chileans living abroad could vote in the process. These debates do not only consist of moral arguments confronting each other, as they are strongly influenced by electoral calculations.

The fact that the committee in charge of detailing and completing the agreement is functioning in front of the cameras probably does not help. While transparency in the process may satisfy the need to hold politicians accountable, cameras may prove to be more of a burden than a helpful device to boost the negotiations at this precise moment. For example, looking at the Philadelphia convention and the creation of the Spanish 1978 Constitution, Jon Elster has argued that, even though the secrecy of the negotiations may favor a “threat-based bargaining”, the confidentiality of the negotiations may also help the parties to have flexible views and change their positions, allowing them to find a common ground to secure the deals. Without a rule of secrecy, “vanity might keep them from changing their minds later”. If the negotiations are to succeed, the parties need to find common ground. They need to be able to identify the limits of their rivals and be sincere about their priorities. But making arguments in front of the cameras sometimes push them to do the opposite. As a result, party leaders are still negotiating informally outside of the committee.

The only way the constitution-making process can advance in these conditions, is by bipartisan agreements or perhaps by a charismatic leader or a revolution taking over the process. The first option is fragile and the second and third options are risky. Perhaps there is a fertile ground for a populist to rise, but there are still no leaders able to capitalize the protests. Social movements behind the protests exist, but most protesters are not organized, and their demands vary greatly. Chilean politicians should keep the negotiations open and urgently find ways to legitimize the process. This is no easy task, as the parties have lost their credibility. It is a fundamental goal nonetheless.

Michael Klarman’s book reminded us that the American constitution-making process was a tumultuous and fragile process that could have failed. Although the Philadelphia convention included talented politicians making historical arguments that ended up shaping the new Federal state, it was also a risky process with competing interests, limited deliberation, and doubtful legitimacy. Of course, the Chilean process faces different challenges compared to the American convention, not least due to the lack of charismatic leaders. But it is also a process based on fragile agreements that can collapse. If Chileans fail to complete the bipartisan agreement and the political views continue to be polarized, the constitution-making process can fail. Chileans face a windy road ahead. 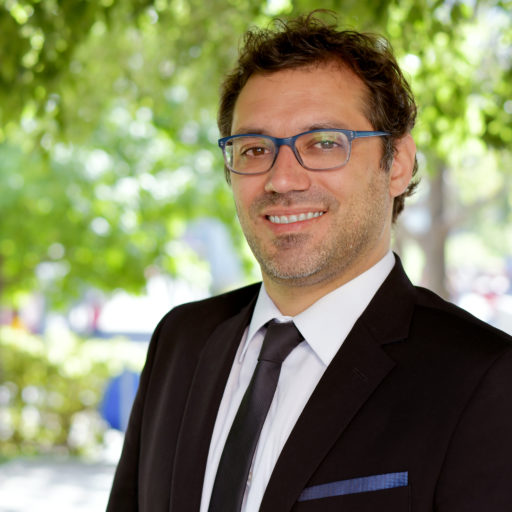 Sergio Verdugo Sergio Verdugo is an Associate Professor of Law at Universidad del Desarrollo (UDD), Chile. He teaches Constitutional Law and Comparative Law and is a researcher of the Centro de Justicia Constitucional of UDD. He is the Deputy Secretary-General of the International Society of Public Law (ICON-S) and an associate editor of the International Journal of Constitutional Law (ICON).