A Response to Michał Stambulski and Karol Muszyński

In what follows, I reply to some of the more extravagant and, in my view, inaccurate claims that the authors make in their post. In so doing, I quote extensively from the post published by Stambulski and Muszyński. This is for two reasons. First, it is to ensure that a comprehensive and fair reading of the authors’ position is rendered to the reader in an unedited state. Second, it serves to clearly highlight my own points of disagreement as they arise in relation to the specific claims made by the authors.

The Scope of the Critique

The authors begin by citing criticisms made by Professors Mayer and Pech of the recent Commission decision to provide a positive assessment of Poland’s reform plans under the Recovery and Resilience Facility (RFF) – thereby paving the way for Poland to receive billions of Euros in grants and loans from that facility. In their view, the criticisms of the aforementioned law professors are “part of a broader and long-standing discussion among constitutional and EU scholars, who, in public speeches and academic contributions, ‘defend the rule of law’ by ritually criticising the Commission and demanding that it ‘does more’ (implicitly – discipline more) about ‘populist’ or ‘illiberal’ Poland and Hungary, classified as the ‘naughty children’ in the European Union.” The authors continue that “this type of doctrinal argumentation” (meaning the arguments of Mayer and Pech, including the latter’s labelling of the Polish and Hungarian governments as ‘autocrats’) “which dominates the public discussion of the rule of law crisis, does not lead to an understanding of populist/illiberal mechanisms. It is rather replacing analysis with easy moral evaluation aimed at accumulating academic capital. This simplistic and often ignorant way of framing ultimately undermines the branch on which European constitutional scholarship rests”.

Beyond the rather contemptible allegations relating to the purported motivations behind Mayer’s and Pech’s work, I would first like to take issue with the scope of application of the authors’ critique. Somewhat problematically, the structure of their argument seems to fluctuate between specific criticism of the views of scholars in response to the Commission’s recent RFF decision, on the one hand, and a much broader criticism of doctrinal legal scholarship in general, on the other.  In tackling “doctrinal constitutionalism”, “legal constitutionalism” and “doctrinal legal constitutionalism”, Stambulski and Muszyński advance the following argument: “doctrinal constitutionalism fails to recognise the context in which the constitutional processes, including the crises, take place. By reducing the rule of law only to a legalistic ideal where boxes are checked, it fails to see the real consequences and social processes in which it operates.” A similar point is made a few paragraphs later, where it is claimed that “legal constitutionalism” is ignorant to the wider economic, ecological and social context in which decisions such as that of the RFF operate. A few paragraphs later “doctrinal, legal constitutionalism” is accused of “selective simplification and blindness to context.” In support of these assertions, the authors turn to the example of the abovementioned RFF decision and highlight four elements that should be kept in mind (and which doctrinal legal scholarship is said to ignore). These elements are: the war in Ukraine and the influx of refugees into Poland, the climate crisis, the mutual economic ties between EU Member States and Poland and the impact of the Commission’s RFF decision on the domestic political scene in Poland.

Now, I have no quarrel whatsoever with the authors drawing attention to the manifold problems facing Poland at the moment. I am also happy to accept that the granting of billions of Euros in RFF funding could help to address these problems. My point of contention, however, is that the authors at no point define what they mean by the doctrinal legal/ constitutional scholarship that they are so eager to lambast as being inept at recognising these contextual factors.

On one reading, they seem to believe that an entire branch of legal scholarship can be adequately encapsulated and subsequently criticised on the basis of the statements of a few legal scholars on a couple of occasions in relation to the abovementioned RFF decision. I shall waste no time in setting out why this reading, if correct, would not exactly be a shining example of rigorous academic criticism.

Another possible understanding of the authors argument is that doctrinal legal/constitutional scholarship, as a discipline, is incapable of “recognising the context in which constitutional processes, including the crisis, takes place.” If the authors intend to launch such a broad-based critique of doctrinal legal scholarship as a whole, they should be far, far clearer about their intentions. They should also be much clearer about what taking ecological, economic, social etc. factors into account would mean in this context. Are they arguing for the legal doctrine itself to take these contextual considerations into account; that is to say, that the CJEU should factor these broader considerations into its developing case law on judicial independence and the rule of law? Or do they believe that doctrinal legal scholars should themselves take these factors into account in their work? Or do they believe that legal and institutional responses to the manifold, sustained and systemic violations of the EU requirements relating to the rule of law should be disregarded, offset, or counterbalanced in some way by these economic, ecological, and social factors so that, all things considered, they should be given RFF funding? Or do they believe all of these things? I have no idea. The authors do not really get round to telling us.

If their critique is aimed at the work of doctrinal constitutional scholarship in general, I do not agree with their argument. Generally speaking, the core work of doctrinal legal / constitutional scholarship is to “give a systematic exposition of the principles, rules and concepts governing a particular legal field or institution and analyse the relationship between these principles, rules and concepts with a view to solving unclarities and gaps in the existing law.”1) It by no means follows from this, however, that the doctrinal legal scholar, when researching and writing about legal developments in relation to the rule of law, say, fails to recognise the context in which the constitutional processes, including the crises, take place. A glance at only the very latest journal articles and case notes on the rule of law in highly respected and widely read EU law journals is instructive here.2) I simply cannot see how any objective, fair minded reader of these contributions – which are primarily doctrinal in nature –  can conclude that it is blind to the broader economic, social or political context in which legal and institutional responses to the rule of law crisis in the EU operate.3) I also submit that the charge that this type of scholarship “does not lead to an understanding of populist/illiberal mechanisms” is inaccurate. Contrary to the authors’ contention, scholarship of this kind appears to me to be anything but “based upon reductive doctrinal argumentations that overlook the political, social and economic context.”

A further point of contention that I should like to raise comes in relation to the concluding section of the post (Beyond Constitutional Doctrine). Consider the following, truly astonishing claim: “The rule of law crisis discussion is transforming the entire academic field of comparative constitutional law. Success is thus measured not in volumes of empirically based analysis or critical examination of existing legal practices but more and more in op-eds in which Poland, Hungary or the Commission should be chastised like unruly children in the most imaginative and entertaining way possible.” The claim of transformation of the entire academic field here borders on the patently nonsensical. As a matter of empirical reality, it is certainly incorrect. A quick flick through any number of recently published works on comparative constitutional law will definitively prove that the entire field has not been transformed by discussion of the rule of law crisis. I can also say with absolute certainty that the authors’ belief of how success is measured these days in academia is wrong. However much I might like to measure my own success in terms of critical op-eds, my employer does not so measure such success. Should I seek promotion in the coming years without a proven track record of publishing quality legal analysis in learned journals and volumes, no amount of punchy op-eds lambasting the Commission is going to compensate for that failure.

This brings me to a final point of disagreement. That there is a problem with the rule of law in Poland and Hungary is readily acknowledged by the authors. Indeed, criticisms of the Polish and Hungarian governments, are, in their words “often justified” since “Poland and Hungary are indeed systematically dismantling their liberal constitutional systems.” Beyond this brief acknowledgement, however, the post says absolutely nothing else about this dismantling of liberal constitutional systems in certain EU Member States. For a post that demands we focus less on the response of legal doctrine and more on broader economic, ecological, political etc. factors when discussing the crisis, there is a conspicuous lack of any engagement with what that crisis actually entails.4) In a similar vein, it is contended that the “Treaty’s rule of law clause” has been operationalised through “institutional mechanisms such as complaints and conditionality which have their own launch and applications conditions”, but that the generality of the rule of law concept makes these conditions difficult to pinpoint precisely. The doctrinal legal scholar might well reply here by pointing to the Court of Justice’s answers to this claim made by the Hungarian and Polish government when they challenged the legality of Regulation 2020/2092. What is also missing from this is any explicit statement on whether the authors support or oppose the manner in which the legal doctrine has been advanced by the EU institutions in an attempt to defend the rule of law. Nor are we told how concerns about the manifold and persistent violation of binding legal principles and the continuing refusal to comply with legally binding judgments of European and national courts should factor into a broader, contextual analysis of the rule of law crisis.

It is therefore not clear what conclusions should be drawn from the authors’ argument that the rule of law is a contested concept, either for the EU legal system, for doctrinal legal scholarship, or for both. If their belief is that the content and meaning of the rule of law is so deeply unsuited to meaningful definition, is so passionately contested politically as to mean that it cannot be operationalised or given concrete expression through legal principles capable of application, then they should say so. In so doing, however, they might consider the scholarship pertaining to the Court of Justice’s twin rulings of 16 February 2022 which responded to a similar claim made by the Hungarian and Polish authorities and which can, helpfully, shed some light on this issue. In this regard, if the authors believe that recent developments in the legal doctrine that seek to protect judicial independence and safeguard the rule of law are in some way inappropriate or inadequate for addressing the crisis in Poland and elsewhere, the authors do not tell us what they would do instead. Nor do they convincingly demonstrate why doctrinal legal/constitutional scholarship fails to take the broader economic, political, social etc. context in which these legal developments take place into account. At one stage the authors proclaim that “it is too easy to say that Poland is ‘getting money from the EU.’ However, in light of the above, there is more than a slight hint of “just give them the money” in this contribution.

I would like to thank Tommaso Pavone for his comments on an earlier draft. 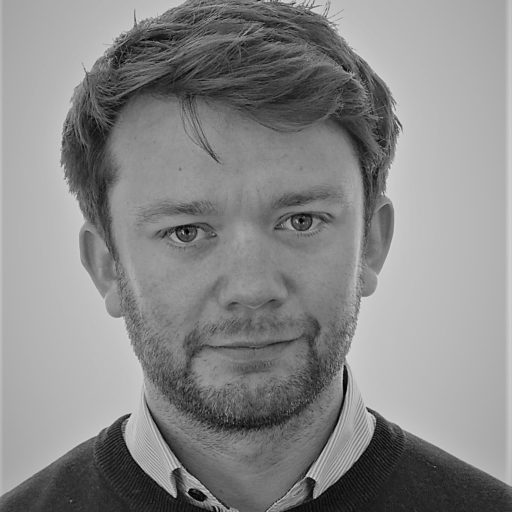