Transnationalizing the Fight Against Corruption

When people talk about the connection between internal and external security, which was occasionally the case during the election campaign for the German Bundestag, they usually mean international terrorism, transnational drug trafficking and organized crime. Yet, various events in the recent months reminded us that rampant corruption in foreign states can also have consequences for our external security. Such transnational consequences of corruption cannot be countered by creating even more black letter law, i.e. national laws or international law conventions. Rather, the states of the Global West must exert stronger foreign policy pressure and express their resoluteness by enabling the transnational enforcement of anti-corruption norms. The states of the global West should signal that they will no longer tolerate structural impunity of state-tolerated or even state-organized grand corruption.1)

Sending out such a signal is in their own rational interest. The rapid collapse of state structures in Afghanistan was – to a great deal – the result of rampant, systematic corruption, since trust in state institutions cannot emerge and grow in a corrupt and kleptocratic climate. A hasty withdrawal of NATO troops and a corresponding security vacuum filled by a variety of actors followed the sudden end of a twenty-year long effort of the West. In Lebanon, various religious and ethnic groups have actively impeded the implementation of an effective state for decades; these groups, for all their religious and political differences, have one thing in common: the will to favour their protégés in the distribution of state and private funds (and to hide parts of the money in safe foreign countries). The Cedar State, for a long time a latent trouble spot in the Middle East, is (again) on the brink of a collapse of its last functioning systems. This could easily lead to skirmishes between the religious and ethnic groups, attacks on Israel and a refugee crisis that would certainly place an additional burden on the neighbouring states, which are anything but stable.

One could easily add more examples of the connection between grand corruption, state failure and their grave transnational consequences. However, any list would be incomplete without a special reference to Russia, for this state has extraordinary status and impact due to its size and military power. Alexei Navalny recently pointed out the connection between the systematic corruption in the Russian political system and its erratic and sometimes aggressive foreign policy in a pointed guest article for the German newspaper F.A.Z. He also outlined a way in which the efforts in the fight against corruption, which have been faltering for years, could be given a greater prospect of success: In his view, the practice of de facto impunity of corrupt political elites must be ended. To this end, Western states or supranational institutions must take over the prosecution of those individuals who have made their state their prey and therefore have nothing to fear in their own country. This step would be tantamount to a paradigm shift. On the one hand, international conventions usually oblige signatory states to implement legal norms. Therefore, the activities of international organizations focus on the harmonization of law. With the help of peer review mechanisms, the states themselves check whether and to what extent the requirements of international law are being implemented. International organizations such as the UNODC or the Council of Europe merely form the umbrella under which this review is carried out.2)  Therefore, the audit is carried out in a professional manner, but lacks impact; non-compliance has no serious consequences.

On the other hand, international anti-corruption policy traditionally tackles the donor side, i.e. those responsible in (Western) companies who actively bribe foreign politicians or foreign public officials. This sends out a one-sided, even inaccurate signal, as it assigns the moral and legal responsibility of corruption primarily on the active side of corruption, discounting or even ignoring the corrupt structures in „recipient states”.

The Era of Transnationalism is not Over

International policymakers pledge to justify the current approach with legal concerns (in particular the principles of state sovereignty and non-interference) as well as the pragmatic consideration that it is easier for a German public prosecutor to charge a domestic national corporation or its managers than foreign public officials or politicians. However, these considerations do not justify the one-sidedness of the current law enforcement policy. Bearing in mind the consequences of political corruption described above, there are no compelling reasons to oppose the extension of national jurisdiction rules on forms of grand corruption or even to apply the principle of universal jurisdiction. Nor does international law preclude the transfer of law enforcement and prosecution powers to supranational institutions. Even if states or supranational institutions should not be able to apprehend the accused de facto, the initiation of criminal proceedings would certainly have tangible consequences: If, for example, corrupt politicians and civil servants were threatened with prosecution in the European Union or abroad, they would have to set aside their plans of shopping in Paris, skiing in Salzburg, buying property in Portugal or visiting their children in Berlin. Most of all, they could no longer invest their money in the European Union. In short: Grand corruption would lose its attractiveness as a profitable business.

It is time for the West and its international allies to act. The security interests mentioned above are “hard”, “realpolitische” reasons, but they are not the only arguments for strengthening the efforts. The respect for our values requires a stronger commitment in the fight against corruption. To condone systematic impunity means to abandon the standards that the European Union and international organizations consider binding. In contrast, a new initiative to end impunity would also be a clear sign that the era of transnationalism in the field of criminal and security policy is not over.3) 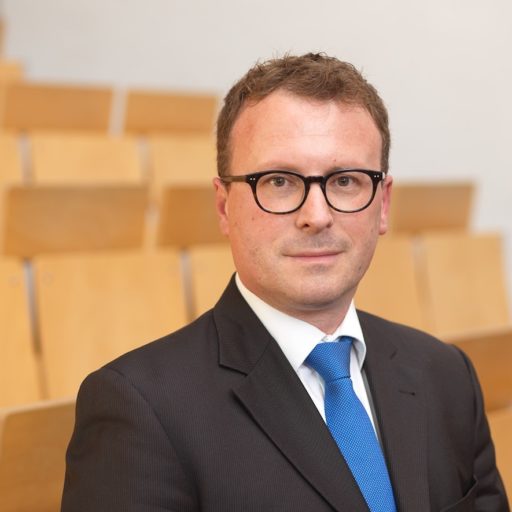