As outposts of the British Empire, the various state parliaments of Australia, and New Zealand as a whole, inherited the Westminster system of government. All of them copied the structure of the UK Parliament in having an elected lower house, in which government is formed, and an unelected house of review, largely composed of those from the propertied classes.

In little under two hundred years, these parliaments have undergone a range of reforms, including democratisation of their upper houses. Two jurisdictions, however, took bolder steps: the Australian state of Queensland, and New Zealand, both demolished their upper houses entirely. They remain the only jurisdictions in the antipodes without houses of review.

In this short piece we outline the history of these two jurisdictions and discuss what light they can shed on the merits (or otherwise) of bicameralism, and consider whether parliamentary committees, or alternative voting systems, can sufficiently compensate for the lack of a second parliamentary chamber.

After coming to power in 1915, the Labor government viewed Queensland’s upper house (the ‘Legislative Council’) as inimical to its legislative agenda. In 1917 a bill was introduced to abolish it. Unsurprisingly, Legislative Council members refused to concur with their own political annihilation. Subsequently the government took the issue to a public referendum: but once again, the proposal failed, with roughly 63% of voters rejecting it. Undeterred, the government finally succeeded on its third try, this time by stacking the Legislative Council (an appointed chamber) with 14 loyalists to the government’s cause. The Council voted itself out of existence on November 3, 1921.

In the decades since, Queensland has experienced long periods of what we call elective dictatorship, under governments of various political stripes. By ‘elective dictatorship’ we mean simply that governmental power has been concentrated in the hands of a small group of individuals, whose stranglehold on Parliament, and over their colleagues, gives them a virtual carte blanche.[1] This is as a result of a single-member electoral system that tends to deliver large parliamentary majorities, and a tight system of party control that ensures MPs are unlikely to criticise their colleagues, for fear of disendorsement at the next election (which spells almost certain electoral defeat) and the loss of any chance of joining the ministry or upper echelons of the governing party. These factors combine to ensure that the deliberative and investigative functions of parliament – over both proposed legislation and the conduct of the executive – are seriously impeded.

In the 1970s and 80s, police corruption in Queensland flourished. A landmark report into this corruption was delivered in 1989. The report recommended a suite of reforms, including the establishment of a comprehensive system of parliamentary committees. These committees have provided some additional oversight and scrutiny, but have ultimately failed to meet expectations for a number of reasons. Firstly, committees have proved vulnerable to the ability of government to declare a bill ‘urgent’, and by-pass the committee system altogether. Secondly, governments have control over the composition and agenda of committees (e.g. in appointing chairs and setting terms of reference) and can limit the time given for them to report. Thirdly, because of the large majority of seats often held by government under the lower house’s voting system (88% of seats are currently held by the government), the number of MPs with an incentive to take their scrutiny role seriously is limited. Fourthly, committees remain at the whim of the government and can be abolished if the government considers it to their advantage.

In our view, the committee system adopted in Queensland does not adequately compensate for the lack of a second chamber.

The story of the abolition of New Zealand’s Legislative Council is similar. The chamber came to be viewed as antiquated and ineffectual, and in 1950 the National Party introduced the Legislative Council Abolition Bill. To ensure its passage through the upper house, 25 new members, known as the ‘suicide squad’, were appointed by the government to do their bidding. The Bill passed, and the Council was abolished on the 1st January 1951.

Voter disenchantment with New Zealand’s electoral system grew over the ensuing decades. New Zealand’s first-past-the-post voting system consistently delivered large majorities to governments, and did not ensure parliamentary representation that matched the views of the electorate. For example, in both the 1978 and 1981 general elections, the National Party won government despite the major opposition party, the Labour Party, obtaining more votes overall. The Social Credit Party was also able to secure only one seat out of 92 in parliament, despite obtaining 16.1% of the vote in 1978. Another factor was that both major parties, during their time in government, instituted reforms that had not been flagged before their election, or had even been specifically disavowed. This confluence of factors led to disillusionment with the political system as a whole, and in the 1981 and 84 campaigns the Labour Party promised to set up a Royal Commission to investigate possible changes to the electoral system. The Commission was established in 1985. Its key recommendation was the adoption of a mixed-member proportional (MMP) voting system, which was used in West Germany at the time. In 1993, the New Zealand public approved the adoption of MMP at a referendum.

Has MMP ameliorated the downsides of New Zealand’s unicameral system of government? In several ways it has. For example, power has been diffused as a result of the coalition arrangements that are usually necessary to form government: only recently, and against the general trend, has a single party obtained enough seats to govern in its own right. The broader spectrum of representation has increased the number of alternative perspectives and thereby improved legislative deliberation and public debate. However, whilst MMP has been an improvement, it remains second best to a house of review. As in Queensland, governments (albeit usually coalitions) in New Zealand have used emergency motions to bypass committee scrutiny and railroad legislation without due consideration. There is also opportunity for manipulation of the committee process. For example, in relation to the proposed Foreshore and Seabed Bill 2004, the Minister responsible referred the Bill to the Fisheries Committee instead of the Maori Affairs Committee, in order to achieve the government’s desired outcome.

The fundamental problem, which MMP has not resolved, is that those with power have little reason to ensure its fair exercise. Although government may be harder to achieve in New Zealand – and coalition parties may withdraw their support – these parties, when in government, share the spoils of office: they hold ministerial positions and enjoy a degree of influence which they could not if they were to criticise their dominant partner and withdraw their support. In those circumstances, minor support parties have a strong incentive to not criticise the government.

MMP’s achievement of broader democratic representation and improved deliberative capacity has been a welcome improvement in New Zealand. But it has not proved sufficient as a check on the exercise of executive and legislative power.[2]

What do upper houses achieve?

A key advantage of upper houses is that they provide a forum for deliberation and debate that is beyond the control of the government. In jurisdictions that lack a mixed-proportional or proportional system of voting – like Queensland – an upper house elected on a more proportional basis also enhances the representative nature of parliament, by better reflecting the community’s broad spectrum of views.[3]

A lower house elected through preferential voting in single-member electorates, and an upper house elected through proportional representation, achieves the best of both worlds: stability in the lower house (with MPs responsible to smaller groups of voters), and diversity in the upper. Obstruction occasionally occurs, but various mechanisms exist to enable the resolution of deadlocks. On the whole, governments are usually able to broker reasonable compromises and get most of their legislative agenda through parliament.

One of the most important functions of upper houses is to inquire into legislation and administration. High-quality upper houses tend to develop a distinct political culture as a sober chamber of review that is less partisan than the lower house. Members typically enjoy longer terms than do those in the lower house and are less likely to serve as ministers. They are equipped to conduct investigations on policy issues (e.g. though hearing expert evidence, producing reports etc.), and have extensive powers to shed light on the executive by compelling the attendance of witnesses for questioning, and the production of documents and other evidence.

Non-parliamentary institutions undoubtedly play an important role in democracies – a free media and effective anti-corruption bodies are both vital. But they are not sufficient.[4] The media generally have an interest in the sensational – but little interest in the minutiae of legislative provisions, or complex policy questions on drier subjects (like infrastructure and taxation), which are the bread and butter work of legislatures. And while crime bodies can put politicians who abuse their privileges behind bars, they cannot ensure that they pass well-drafted laws, or make policies that best advance the national (or state) interest.

Woodrow Wilson once wrote that, “The only really self-governing people is that people which discusses and interrogates its administration.” When parliaments are under the absolute control of executive governments, neither committee systems nor diverse electoral representation is sufficient to ensure adequate discussion or interrogation. If non-parliamentary institutions are also not up to this task, then, in our view, the only real solution is to build this capacity into parliament; in other words, to have a constitutionally entrenched upper house elected on a different basis, whose assent is necessary for the passage of any law.

Other posts about this region:
Australien, Neuseeland

Nicholas Aroney is Professor of Constitutional Law at the University of Queensland, Australia. 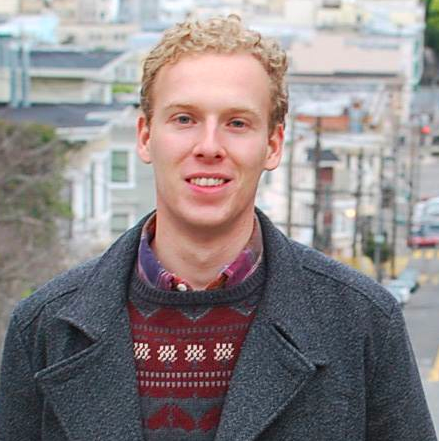 William Isdale studies law, politics and philosophy at the University of Queensland, Australia, where he is an Academic Excellence Scholar and TJ Ryan Medallist and Scholar.

Other posts about this region:
Australien, Neuseeland No Comments Join the discussion
to receive information about new articles and services of Verfassungsblog.de. I know that I may withdraw my consent at any time. More information in the privacy policy.
Verfassungsblog complies with the new GDPR.
Read about it in our Privacy Policy. I opt-out
permanently of anonymized tracking via Google Analytics on Verfasssungsblog.de. This will create a cookie on your device to save your decision.
Go to Top