A ‘non-paper’ sent shockwaves throughout Brussels and the Western Balkans this April, proposing to redraw borders along ethnic lines (a non-confirmed copy was published here). It was allegedly circulated some months earlier by people close to Slovenia’s MP Janez Janša, with some also attributing it to Serbia and Hungary.

The non-paper follows a common nationalist narrative: The „main issue“ in the region are supposedly „unresolved national issues of Serbs, Albanians and Croats“. In short, the non-paper proposes a quid-pro-quo for Serbia on resolving the Kosovo issue, while at the same time pleasing Albanian and possibly Croatian nationalists‘ interests. Instead of an independent country, Kosovo is envisaged to become a part of Albania while Serbia should „receive“ a big part of the predominantly Bosno-Serbian entity of Bosnia and Herzegovina (BiH), the Republika Srpska (RS). Croatia is offered the predominantly Bosno-Croatian part of BiH – leaving a predominantly Bosniak leftover state – or alternatively a special status for the predominantly Croatian part within BiH. These ideas draw heavily on the narrative of BiH as a failed state, which would never be able to become a member of the EU as it is.

However, while promoting ethnically pure states the non-paper distracts from necessary reform processes in the region to effectively cater to citizens’ needs. In the case of BiH, substantial constitutional changes are needed for the country to become a more stable democracy and eventually an EU member state.

After applying for EU membership in 2016, BiH is currently a potential candidate. In 2019, the EU Commission published its Opinion on the application, a significant milestone in the accession process that not only took stock of the current preparedness but also set 14 key priorities to achieve before opening accession negotiations. Since then, there has been progress in several fields. However, especially the requirements for constitutional change remain a challenge. In this regard, the three main issues to be tackled are passive voting rights, sufficient and clear state-level competences, and organisation of the judiciary.

Passive voting rights for all citizens

BiH‘s constitution is an anomaly, not just because it is an annex to the Dayton Peace Accords, but also because the official version is written in English. It names three constituent peoples, reflecting the warring parties, Croats, Serbs and Bosniaks, along ‘Others’. The country is divided into two entities, the RS mainly inhabited by Bosnian Serbs and the Federation of BiH mainly inhabited by Bosniaks and Bosnian Croats, as well as the ethnically mixed Brčko district. Members of the constituent peoples hold a post each of the tripartite presidency. While one chamber of parliament, the House of Representatives, is elected directly by and from all citizens, the other chamber, the House of Peoples, is composed of five members of each constituent people sent from the entities‘ parliaments. Others (and even members of a constituent people living in the „wrong“ entity) are thus excluded from essential citizen rights. The European Court of Human Rights (ECtHR) has repeatedly judged this to be against the European Convention on Human Rights.

Consociational models, or power sharing by different social groups, are not unknown to EU member states, though, albeit distinction is usually made by language. Belgium is often classified as a federal, consociational democracy with a comparably weak state level, and mostly federal as well as some ethnic competences. Territorial regions and ethnic communities send a total of 50 senators to the second chamber of parliament which then elected ten more senators to join them. Hence, there are several possibilities for non-group members to participate. Different constitutional clauses provide mechanisms for cooperation and consultation between various institutions. Another power sharing system, explicitly mentioned in the non-paper with regards to the Serbian minority in Kosovo and the Croatian minority in BiH, is South Tyrol. With a high level of autonomy in comparison to other Italian regions, this sub-state level‘s parliament and government are composed proportionally of the three linguistic groups (Italian, German, Ladin). Others may affiliate with one group to obtain public positions.

Neither model can be transposed to BiH directly and it should be kept in mind that consociational systems can be a source of continuing instability as they depend heavily on the will of those in power to cooperate – a quality often lacking in BIH politics. However, the examples show that EU membership is not excluded if some elements of a consociational model are kept, as long as they follow a strict non-discrimination policy and give all citizens the rights to participate. While referring to a consociational model where it would serve nationalist interests, the non-paper refrains from considering pluralistic alternatives for BiH as a whole.

Ideas for BiH have so far included ethnicized models, like not requiring any specific ethnicity for the three presidents but de facto ensuring power sharing, for example, by having them elected from a predominantly Croatian, Bosniak and Serbian constituency. Additionally, the House of Peoples could be extended to include Others. More progressive and citizen-oriented models propose a single president, directly or indirectly elected, possibly with a kind of rotation clause so that they could not be of the same ethnicity every turn or elected with a super-majority to prevent the largest ethnic group from only appointing their members. The House of Peoples could be abolished completely, with some of its ethnic veto powers preserved in a unicameral parliament. A parliamentary committee may come to mind. Another idea could be to transform it into a federal representation chamber. While elaborating different options it should be kept in mind that the group of Others is not homogeneous and includes not only national minorities but also those who refuse to affiliate with any group, referring to themselves simply as BiH citizens.

The BiH constitution lists only a few explicit state-level competences (mainly foreign policy and international obligations, customs, monetary, some finance and transport, migration and asylum policy), in principle leaving everything else to the entities – the RS and the Federation of BiH. Additionally, the Venice Commission pointed out several constitutional provisions which would allow for more state-level intervention. These are rules on human rights and the BiH internal market, the presidency’s possibility to facilitate inter-entity cooperation, and the state level’s possibility to assume responsibility for other matters as agreed by the entities, provided for in Annexes 5-8 DPA, or necessary to preserve the country’s sovereignty, territorial integrity, political independence, and international personality. The latter has been used in the past to justify or transfer competences. Future constitutional reform should at least explicitly recognize these competences and the opening clauses’ potential to avoid recurring entity-level claims of illegitimacy if the state wishes to employ them.

A further aspect are state-level competences to prevent and remedy breaches of EU law. In principle, the EU is neutral to member states’ internal organisation. However, since the state as a whole is liable in infringement proceedings before the ECJ, the Opinion of the EU Commission requires a „substitution clause“ for the state (once an EU member) to step in temporarily for other levels of government in this regard. It is questionable though, whether this has to be part of constitutional reform. In Belgium, for example, a special law gives the state level the power to take the place of the federate states who fail to meet their EU obligations.

Lastly, requirements in the field of judiciary are to grant constitutional status to the self-regulatory High Judicial and Prosecutorial Council, to reform the Constitutional Court and to introduce a state-level supreme court. Supreme courts currently only exist at entity and Brčko level. Thus, a last instance to prevent fragmentated interpretation of laws is missing. Moreover, at the Constitutional Court three out of nine judges are foreigners appointed by the ECtHR president. Like some other provisions, this is a vestige from the immediate post-war era allowing for interference by the international community. To move forward and to enter the EU, BiH will eventually have to take full and sole responsibility in all areas. Once again, territorial reorganisation, as proposed in the non-paper, would not solve these questions.

Constitutional changes would require a two-thirds majority in BiH’s House of Representatives as well as a qualified majority in the House of Peoples. To ensure transparency and future acceptance it would make sense to widen the circle, giving both academia and civil society a voice in the redrafting. Recurring deadlocks between the dominating ethno-nationalistic parties have so far impeded such a process.

So back to square one? Not only are none of the issues discussed above mentioned in the non-paper. It also leaves out severe concerns about state capture, corruption and organized crime, exodus of young people, public health or refugee crises which are to some extent present everywhere in the region. The non-paper furthermore ignores that the territories carved out to change nationalities are less homogeneous than it would fit its alleged purposes. Additionally, significant national minorities can be found in other Western Balkan states, like Serbs and Albanians in Montenegro or Northern Macedonia. A plan like this could create severe tensions and pressure for more secessions. Lastly, fearmongering pertains European Muslims by evoking concerns about radical Islam and a Turkey- instead of an EU perspective for the Bosniak leftover state, without discussing the geopolitical involvement of both Russia and China.

Slovenia will take over the Council Presidency in July and explicitly names „reaffirming the EU-perspective of the Western Balkans“ as one of its priorities. This falls in the field of the Hungarian EU Commissioner for enlargement. To return to a credible EU accession perspective and provide stability as well as progress for the region, instead of more non-papers, a transparent and reinforced engagement of and for democratic forces will be needed. 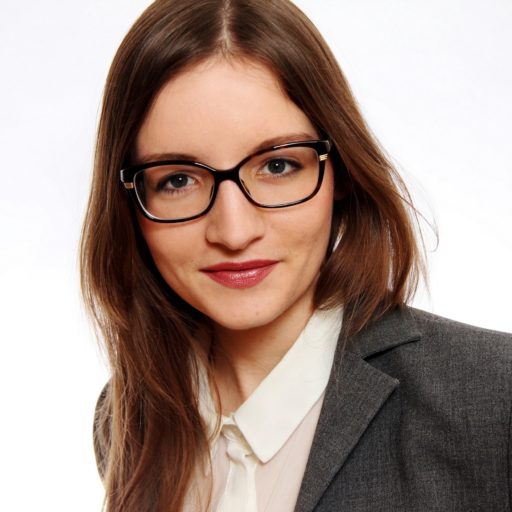 Julia Schulte Julia Schulte holds a doctorate from Bucerius Law School, Hamburg, and an LL.M. from College of Europe, Bruges. She currently works as desk officer at the German Federal Ministry for Economic Affairs and Energy. All opinions expressed are solely her own.
No Comments Join the discussion
Go to Top